George Lawson Keene: Most decorated Texan of ‘The Great War’

On July 22, 1917, a young soldier from East Texas was recovering from serious wounds, while coping with the effects of a mustard gas attack 72 hours after fighting his second two-day battle in seven weeks. 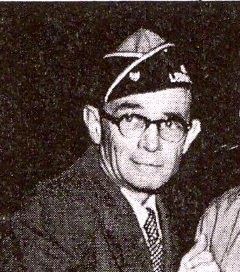 Lawson listened for hours on end to vivid accounts of the Civil War, as told by a grandfather. Even more enthralling were second-hand stories about a great-grandfather, who took part in the Mier Expedition of 1842 and survived the infamous Black Bean Lottery that decided who lived and who died during their Mexican captivity.

To hear Keene’s relatives tell it, he served as a page for a spell in the Texas house of representatives before his high school graduation in 1914 at age 16. He intended to follow in his father’s footsteps and attend at Texas A&M, but the war in Europe and what looked like the inevitable involvement of the U.S. changed his plans.

Lawson Keene enlisted in the Army in San Antonio in March 1917. His basic training was cut short by the strengthening of the military presence along the Rio Grande after German “advisors” were spotted with Mexican government troops. That deployment did not last long either following the U.S. declaration of war on April 4.

Two months later, Keene was on the first ship of “Doughboys” that sailed to France. Like any wet-behind-the-ears soldier, he expected to jump into the fight right off the gangplank. But to their disappointment, the Texan and his comrades-in-arms in the Twenty-Eighth Infantry spent the next 11 months far from the front lines learning the “art of war” and impatiently waiting their turn.

The Americans finally got their chance on May 28, 1918 at the strategic French village of Cantigny. The battle raged for two full days with both sides taking heavy casualties including Keene’s unit.

Read the entire article on the The Courier web site here: