Baseball resumed after World War I on Patriots Day in Boston

No matter your perspective, the 1919 Patriots Day opening day doubleheader at Braves Field just didn’t feel the same as those previously played in the twentieth century. Many things swirled in the festive atmosphere that April 19, including the lingering sweet aroma of the January 15 molasses tank explosion/flood tragedy in the North End that killed 21 workers and residents. World War I officially ended five months before (the Treaty of Versailles was not signed until June 1919) but more importantly, the devastating Spanish Flu epidemic was finally beginning to wane in the Hub, once Ground Zero for it. Every day ships entered Boston Harbor with returning troops from Europe, bringing joy and relief to awaiting households, but they docked in the midst of continuing pandemic burials. 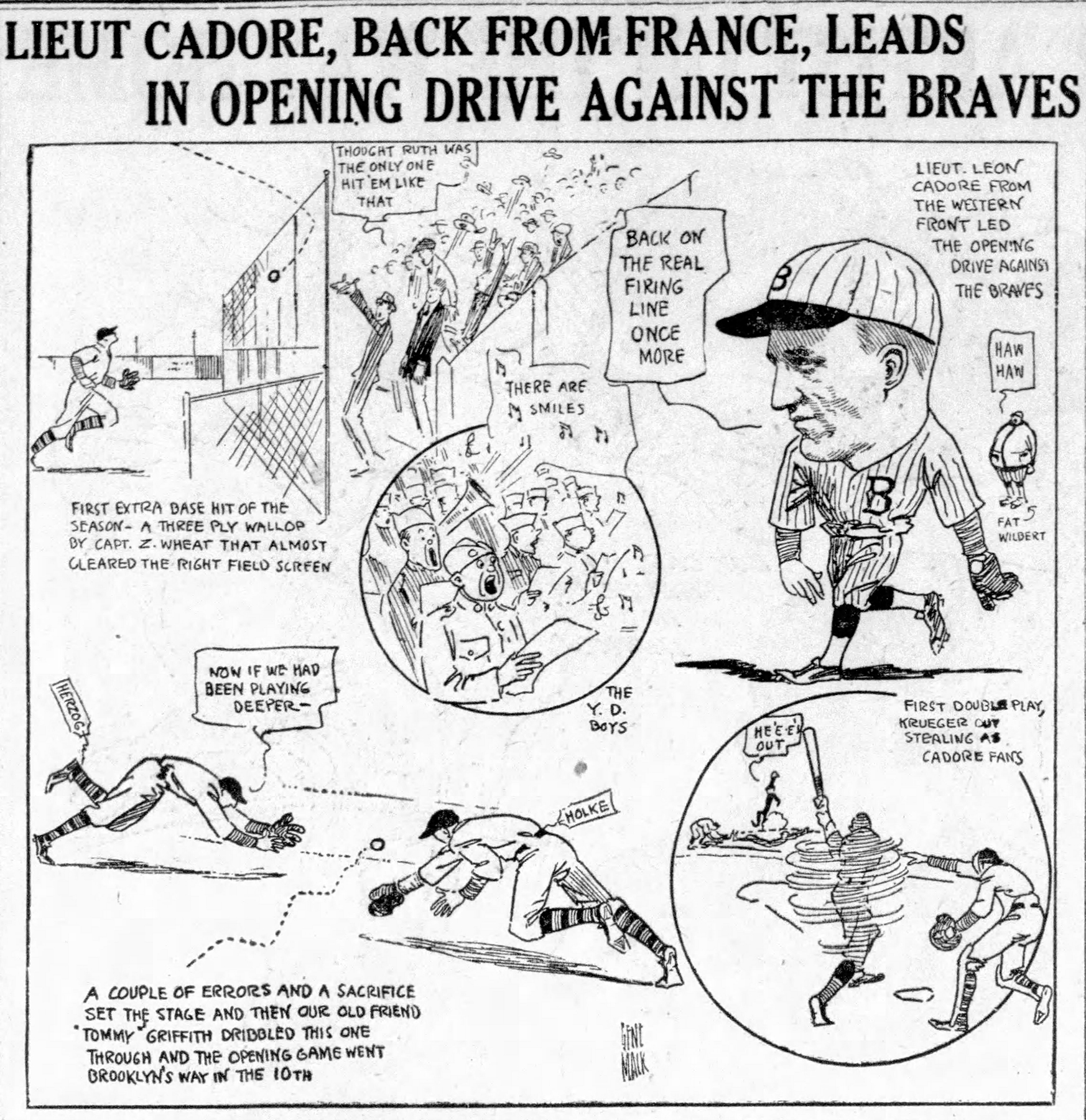 Added to the day’s headline mix was the ongoing New England telephone and telegraph operators strike. That inconvenient chaos was colliding with the traditional Patriots Day (state holiday officially legislated in 1894) celebrations, sandwiched between between solemn Good Friday and Lent-ending Easter.1 Baseball did not take a back-row chair, as there were more than 50 college and high-school games on tap. Dozens of schools vied for attention with various other amateur athletic events including the 22nd Boston Marathon, by then basking in its own national fame.

Baseball normally enjoyed a lofty perch in this carnival of leisure, but in preseason 1919 the moguls were very concerned that fans might still be depressed about the war, the flu carnage, and the shortened 1918 season. They didn’t know how much turnstile enthusiasm to expect. Newly appointed National League President John A. Heydler was there to witness the event at the invitation of George Washington Grant, who had bought the Braves in January.

The NL’s first pitch of 1919 mirrored those tossed in 1897 and 1901, the only opening pitch thrown that day. Baseball’s other combatants, as well as these two teams, would not convene for four more days. Conflicting Boston season openers were in vogue in 1902-03 when the two rival leagues battled over the signing (and stealing) of players. The NL Beaneaters played two games with Brooklyn in 1902 while the upstart American League Bostons hosted Baltimore in a solo tilt. An awkward duel occurred in 1903 when both Boston squads played twin bills with their respective Philadelphia foes. This happened on April 20 because the 19th was a Sunday — no pro ball was allowed.2 A reasonable compromise apparently ended the one-day economic pettiness in 1904 and beyond as the Beaneaters traveled to Brooklyn and the Americans had the city’s cranks all to themselves. After that, the NL Doves/Rustlers/Braves drew the odd years for a lucrative Patriots Day gate and the Americans/Red Sox got the even years.

Read the entire article on the SABR web site here: