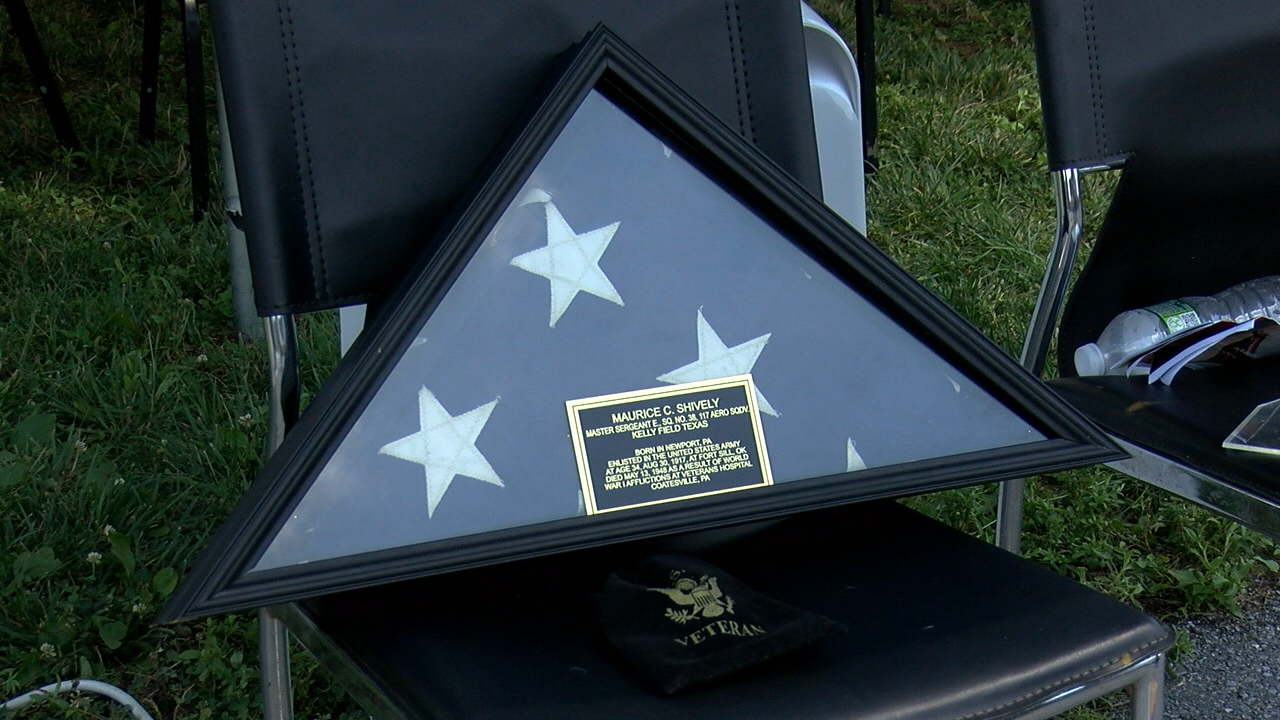 A 70-year-old flag belonging to World War I veteran Master Sergeant E. Maurice Shively was found recently at the American Legion hall in Newport, PA and was returned to the soldier's grandson at a ceremony in July.

PALMYRA, Pa. (WHTM) — A 70-year-old flag belonging to a World War I veteran was reunited with family Saturday at a special ceremony in Palmyra, Lebanon County.

The 48-star flag sat for years in storage at the American Legion in Newport, Perry County. It was only recently discovered and with a little research, now back with family.

The flag belongs to Master Sergeant E. Maurice Shively, who was born in Newport.

A big ceremony was held at the American Legion in Palmyra after the historian for Post 72 went searching for answers.

“Within 20 days they found a couple of family members. We found the daughter who is still alive,” said Chuck Yaeger, squadron commander of American Legion Post 72. “She’s in Brick, New Jersey. Unfortunately due to medical reasons, she could not make it today.”

Still, legion riders from New Jersey and across the area showed up to show support.

“It is our honor here today to return to his family a small portion of him, his flag, a symbol which he stood for, for many years in serving his country,” said Christopher Gross, commander of American Legion Post 177.

Shively’s grandson, also Maurice Shively, is now in possession of the flag.

Read the entire article on the WHTM web site here: