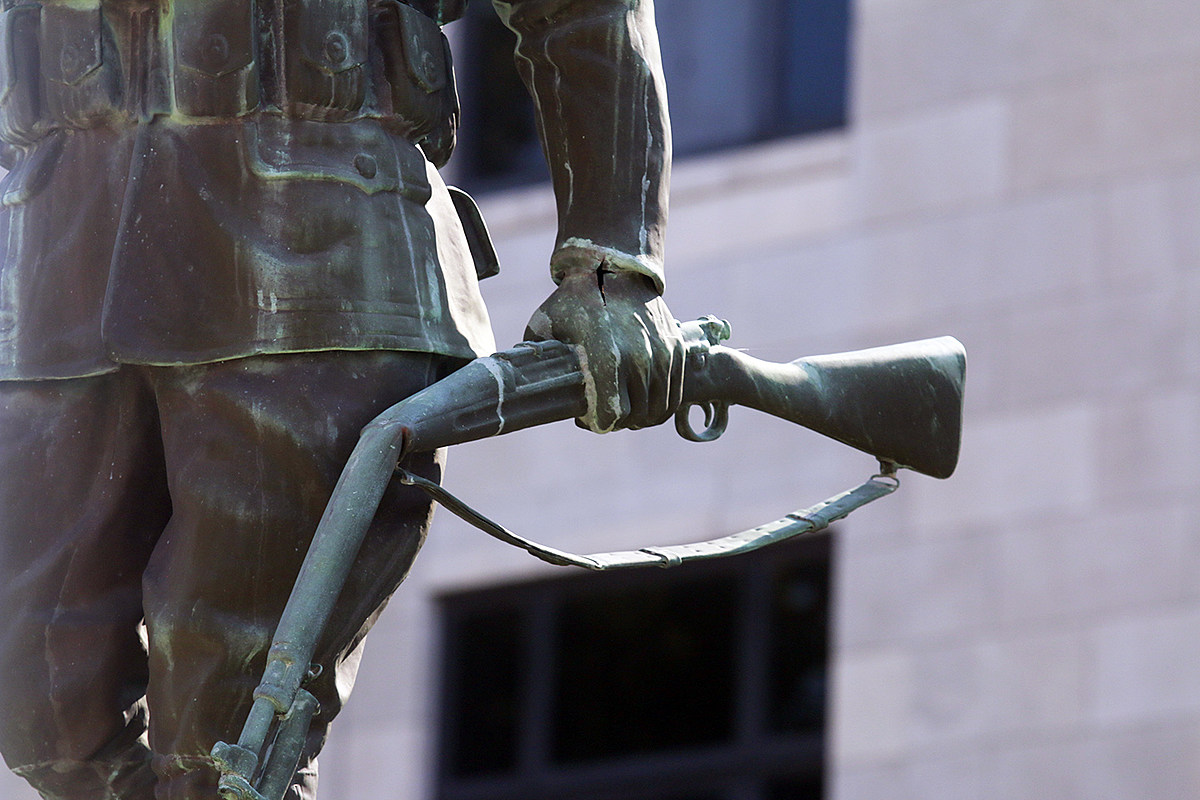 The "Spirit of the American Doughboy" statue, sitting on the Pettis County Courthouse lawn, was vandalized over the July 4 weekend. The saber and gun are bent and the statue’s hand is cracked. Barbed wire circling the monument is also broken. On July 24, the Pettis County Sheriff’s Office took a female suspect into custody.

By Rob Creighton
via the KSIS Radio (MO) web site

In the morning hours of July 24, 2020, the Pettis County Sheriff’s Office took a female suspect into custody at the conclusion of a voluntary interview regarding the “Doughboy” statue that was damaged on the west lawn of the Pettis County Courthouse. At the time of arrest in a public statement and press release, the Sheriff’s Office advised the public this was not a targeted attack, an attempted removal or an intentional act of vandalism/damage. The suspect interview and the proceeding investigation which were subsequently provided to my office are consistent in that regard and I reach the same conclusion.

The suspect was taken into custody on suspicion of institutional vandalism and property damage in the first degree. Both are crimes that by the Revised Statutes of Missouri, require a person to act knowingly, to vandalize, deface or otherwise damage property. Without regard to the value or type of the property the intention of the act remains the same.

The investigation as received and corroborated through witness statements, photos, videos and suspect interview all pronounce the same findings; on July 4th a small group of individuals gathered on the west lawn of the Pettis County Courthouse. One of the individuals determined they would climb the statue for purposes of having a picture taken on it. After the picture was taken the suspect began to climb down and when doing so placed one foot on the gun side of statue for balance, at which point the damage occurred. There is no indication of intent to damage it, expectation that damage would occur, or that any excess force was used to facilitate the damage that was suffered.

Read the entire article on the KSIS web site here: