via the U.S. Citizenship and Immigration Services web site

“This hero stuff is all bunk.”

--Sgt Ludovicus Van Iersel, as quoted in The San Francisco Chronicle in 1923

During the First World War, thousands of foreign-born citizens and immigrants joined the United States military as the nation tried to meet the massive manpower requirements of the American Expeditionary Forces (AEF). Of these immigrant combatants, 13 received the Medal of Honor for their wartime valor. One of these men, Ludovicus Matheus Van Iersel, volunteered to serve again in the Second World War. This is his story.

Ludovicus Maria Matheus Van IerselBorn in Holland, the Netherlands, on Oct. 19, 1893, Van Iersel worked on a merchant ship as a sailor and traveled to the U.S. in February 1917, in the midst of World War I (WWI). During the journey, Van Iersel used a boatswain’s chair—a rope-operated device for lifting items onto a ship—to rescue 27 British sailors whose ship had been hit by a German torpedo. Van Iersel earned a medal from King George V for this gallant action at sea.

After this eventful crossing, Van Iersel arrived in the U.S. and promptly registered for the draft on June 4, 1917, in Bergen County, New Jersey. Eager to serve his new country and hoping to become a U.S. citizen, Van Iersel made two significant decisions. He submitted his “first papers” which declared his intention to become a U.S. citizen and, instead of waiting for his draft number to be called, he enlisted in the U.S. Army at Glen Rock, New Jersey, the day after he registered for the draft.

Van Iersel trained at Fort Dix, New Jersey, and initially did four months of “KP”—also known as Kitchen Patrol—since he could not speak English. Meanwhile, a woman with the YMCA taught him English in just four months. Those lessons enabled him to participate in combat training and subsequently receive a promotion to acting corporal. Van Iersel later recalled that during his training, “everyone helped one another to become more efficient.”

As a member of Company M, 9th Infantry, 2nd Division, Van Iersel shipped out to France, where his language skills made him a valuable asset. Van Iersel could speak French and German, which enabled him to communicate with French soldiers and understand the German enemy. He often patrolled the front lines and conducted scouting missions to locate the Germans. He soon earned a leadership role and led five corporals throughout his time overseas. Later in his life, Van Iersel claimed to have participated in all seven of the 2nd Division’s major engagements.

On Nov. 9, 1918, Van Iersel’s valiant actions in battle in Mouzon, France, earned him the Medal of Honor, the highest American military award for valor. During a nighttime reconnaissance patrol to determine the condition of a damaged bridge, Van Iersel volunteered to lead a group of men across the bridge under heavy fire from close range. According to his official Medal of Honor citation:

“Crawling alone along the debris of the ruined bridge he came upon a trap, which gave away and precipitated him into the water. In spite of the swift current he succeeded in swimming across the stream and found a lodging place among the timbers on the opposite bank. Disregarding the enemy fire, he made a careful investigation of the hostile position by which the bridge was defended and then returned to the other bank of the river, reporting this valuable information to the battalion commander.”

His actions at the Mouzon Bridge are believed to have saved the lives of around 1,000 men. Issued on Dec. 31, 1919, Van Iersel received his Medal of Honor from Gen. John J. Pershing, commander of the AEF. He also received 14 other awards and decorations from the U.S. and France, including two French Croix de Guerre medals.

When he shipped home after the Armistice, Van Iersel used the expedited military naturalization processes provided under the Naturalization Act of May 9, 1919, to finally become an American citizen. He submitted his petition for Naturalization on Sept. 25, 1919, and listed two fellow soldiers as his witnesses. That same day, he became a naturalized citizen in a special ceremony at Camp Dix alongside his fellow soldiers. The U.S. Army discharged Van Iersel just two days later.

He moved to Passaic, New Jersey, after the war and worked as a watchman in the People’s Bank & Trust Co. before returning temporarily to his birthplace of Dussen, North Brabant, in the Netherlands, where he married his wife Hendrika on Aug. 4, 1920. Under the nationality laws of time, Hendrika became a U.S. citizen through their marriage. The couple eventually settled in California and raised a family of three sons—John, Sebastian, and Lewis, Jr. Van Iersel worked in what he described as “odd jobs,” including a stint working at UCLA and the Los Angeles City Engineering Department.

When the U.S. entered World War II in 1941, Van Iersel tried to join the Army again, despite being 42 years old. They rejected him, but he managed to convince the Marine Corps to allow him to enlist, despite his age. He recalled that, “they got a lot of publicity out of it,” especially since he wore his WWI uniform and medals to his induction ceremony. As a U.S. Marine, Van Iersel served as a sergeant with the 3rd Marine Division in the Pacific Theater, including during the Bougainville Campaign. His sons, Sebastian and John, served in the Navy during World War II.

Having participated in two world wars, Van Iersel returned home in 1945 and lived in Sierra Madre, California. His declining health and advanced age eventually took him to Oregon to be closer to one of his sons. In a 1983 reminiscence, Van Iersel reflected on his WWI service in candid detail. When asked what he learned about America or Americans during the war, he explained that he “learned to get along and respect all my people I came in contact with just wonderful.”

When he thought about the effect of his military service on his civilian life, he wrote, “if anything, I benefited 100% all the time with my Congressional Medal. I had it made.” In this frank manner, Van Iersel displayed pride in his nation and his service, as well as his recognition of the military’s impact on his extraordinary life. His voluntary service in both world wars, his heroism in battle, and his devotion to duty demonstrated the depth of his commitment to his adopted homeland.

On June 9, 1987, Van Iersel died at the age of 93 in the VA Hospital in Roseburg, Oregon. His grave at Arlington National Cemetery stands as a testament to his life of service and the long history of immigrants in the U.S. military. 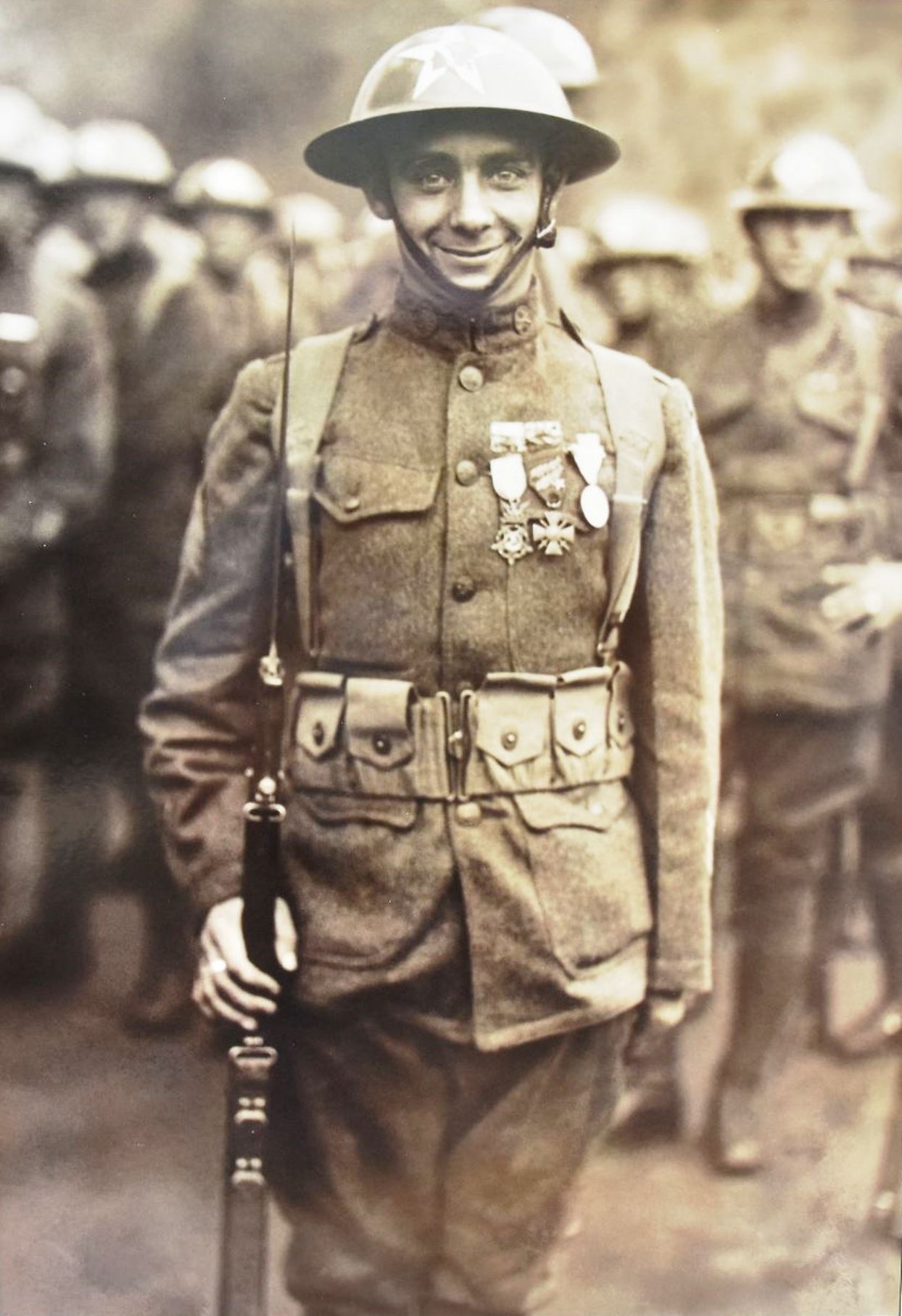 Read the entire article on the USCIS web site.