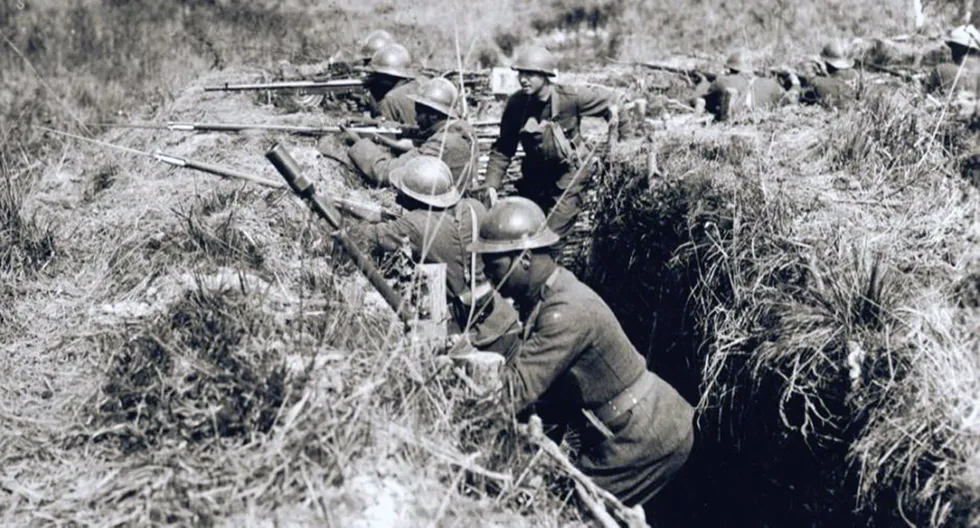 Soldiers of the 369th Infantry Regiment man a trench in France during World War I. The Signal Corps photograph collection includes every major aspect of the U.S. Army involvement in World War I.

11 facts you should have learned about World War I

By Jessica Evans
via the wearethemighty.com web site

Here's everything you were always supposed to know about the Great War but may have never learned.

2. Before WWII, WWI was called the Great War, the World War and the War to End All Wars. During the four years of conflict, 135 countries participated in the conflict. More than 15 million people died.

3. WWI involved some of the most significant powers of the world at that time. Two opposing alliances – the Allies and the Central Powers – were at odds with one another. The assassination of Archduke Franz Ferdinand of Austria and his pregnant wife Sophie triggered the start of the war. Ferdinand was the nephew of Emperor Franz Josef and heir to the throne of Austria and Hungary.

4. A Serbian terrorist group, the Black Hand, planned the assassination. The man who shot Ferdinand and his wife, Gavrilo Princip, was a Bosnian revolutionary.

5. Though the assassination triggered the start of WWI, several causes factored into the conflict.

Alliances between countries to maintain the power balance in Europe were tangled and not at all secure. All across Europe, countries were earnestly building up their military forces, battleships and arms stores to regain lost territories from previous conflicts. By the end of the war, the four major European empires – the Russians, the Ottomans, the Germans and the Austro-Hungarian had all collapsed.

Read the entire article on the We Are The Mighty web site.