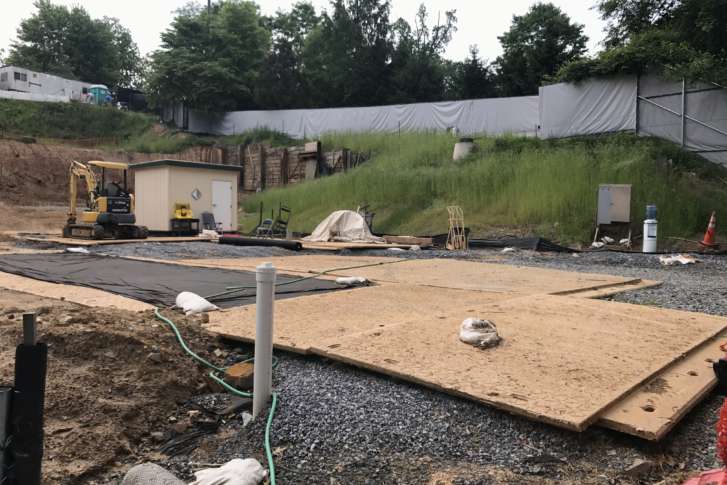 The cleanup of the World War I toxic waste site in the Spring Valley section of Washington, DC. is finally completed. The remains of a World War I chemical weapons testing and disposal site — known as the American University Experiment Station — were discovered in 1993 in the Spring Valley section of Northwest D.C., and the cleanup has been going on since 2012, including the demolishing and removal of the house located on the site.

By Neal Augenstein
via the WTOPnews radio station web site

The painstaking cleanup of what was once a World War I chemical weapons testing and disposal site, just southwest of the American University campus, is now complete, according to the project’s manager.

Demolition of the stately home at 4825 Glenbrook Road, in the Spring Valley section of Northwest D.C., began in November 2012, almost two decades after a contractor first unearthed buried military ordnance nearby.

For almost eight years, the U.S. Army Corps of Engineers has been looking for and removing remnants of potentially dangerous broken glassware and contaminated soil from the site, known as the American University Experiment Station.

The cleanup of what the lawyer for the former homeowner called “the mother of all toxic dumps” began after digging and research indicated the likely presence of mustard gas and lewisite — an arsenic-containing blister agent — under the former home.

“We were happy to find that all of the soil and underlying saprolite, which did get sampled, was less than 20 parts of arsenic,” Kaiser said.

Saprolite is the rock under the soil, and the level of arsenic is comparable with naturally occurring levels found in soil, rock, water, and air.

“That was the deciding factor in the last excavation,” Kaiser said.

Read the entire article on the WTOPnews web site.