In October of 1918, the world was still fighting WWI, and although the end of the hostilities was near, censorship of the news still remained. Therefore, it was left to the non-combatant country of Spain to report that civilians in many places were becoming ill and dying at an alarming rate. These circumstances gave rise to the name by which this horrible disease would forever be known—the Spanish flu. 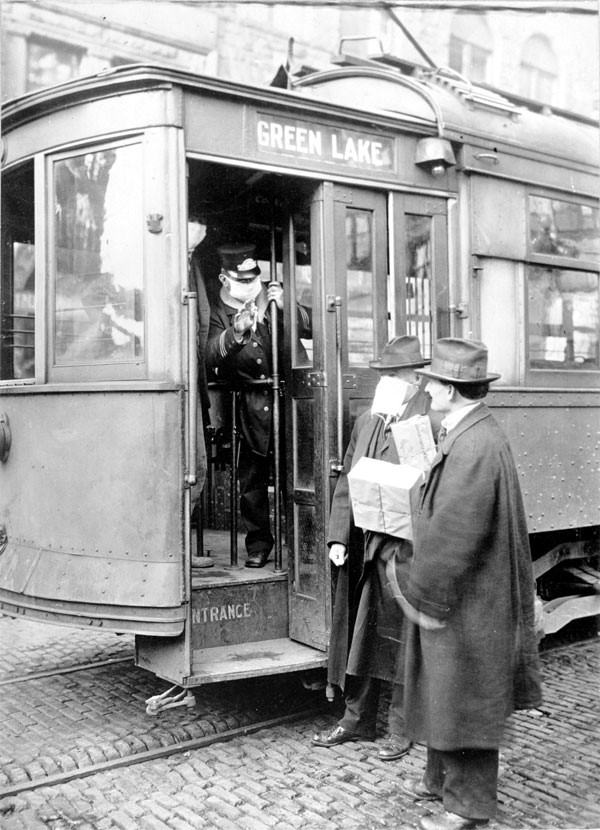 After first showing up earlier in 1918, and then seemingly abating, in the fall, the misnamed Spanish flu returned with a vengeance, and Seattle was enforcing regulations to protect its citizens. It was reported on Oct. 5, 1918, that Seattle Mayor Ole Hanson had ordered that every place of indoor public gatherings in Seattle close its doors. That included schools, theatres, motion picture houses, churches and dance halls. The only public gatherings allowed were those in the open air.

In the United States, the disease, first called a 3-day fever, was identified among military personnel in the spring of 1918. Most people recovered after a few days and only a few deaths were reported. However, in October, with WWI winding down and the American doughboys trickling back home from Europe, the disease resurfaced with a vengeance. Some victims died within hours after the first symptoms; others after a few days.

As the virus spread throughout the populated areas of the United States, and even into remote villages in Alaska, doctors, scientists and health officials seemed helpless. In one small remote native village in Alaska, influenza appeared where there seemed to be little contact from the outside, and in five days, 72 out of 80 residents died.

It was unknown where this strain of influenza first originated, but it was determined that it was caused by an H1N1 virus with genes of avian origin, and even though it became known as the Spanish flu, it was very doubtful that Spain was the source.

Worldwide, it is estimated that about 500 million people became infected with the virus, and it is thought that at least 50 million, and probably more, died. About 675,000 deaths occurred in the United States. A Census Bureau report showed that 1,513 people died in Seattle.

Even though Washington state had a large military and naval presence, it had a smaller number of victims than other states, except Oregon. The death toll seemed highest in the most heavily populated areas of Washington, but touched nearly every community.

From late September 1918 through the end of the year, the disease had killed over 5,000 of the state's residents. More than half the victims were between the ages of 20 and 40.

Read the entire article on the Edmonds Beacon web site.