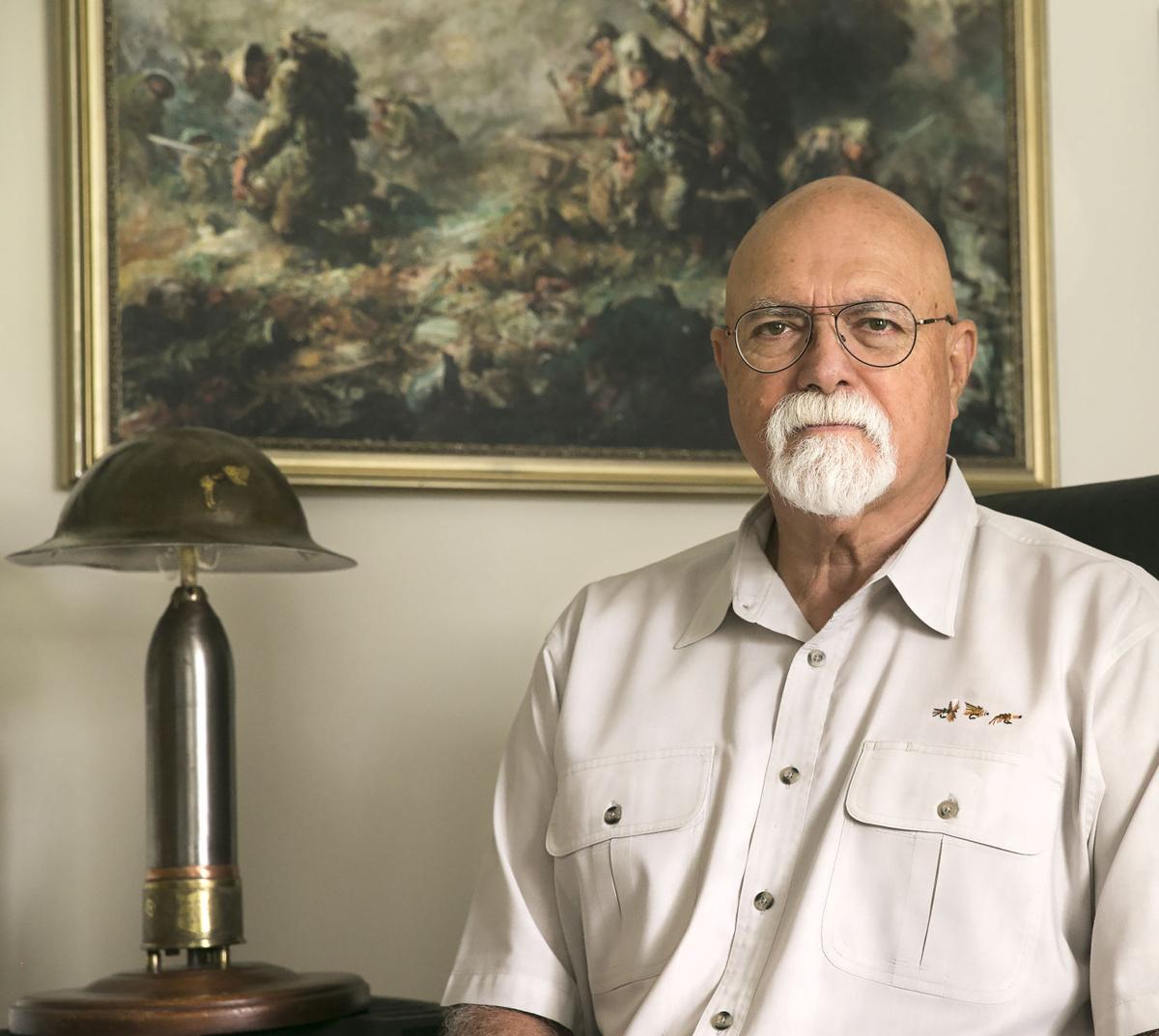 Retired Marine Maj. Bruce ‘Doc’ Norton sits next to a lamp fashioned by his grandfather using his WWI helmet and artillery. The author has released a compilation of his grandfather’s wartime letters.

Bruce “Doc” Norton and his wife, Helen, had dug into the pile of letters once before. At their home in Stafford County, Norton typed and Helen dictated words penned from freezing trenches and decimated villages somewhere in France.

But when the computer on which they’d begun their work disappeared, the project to bring the letters to life stalled.

Months passed, and now it was 2018. The 100th anniversary of the formal end of World War I—the Great War, as the author of those letters had known it then—was coming fast.

Helen was no relation Pfc. Raymond W. Maker of Framington, Mass., a wireman who strung communication lines on the muddy battlefields of France in 1918. Nor had she ever met the man.

Maker was Norton’s grandfather, and he’d died in 1964 after suffering a heart attack.

But Helen wanted to see the letters brought to life. And she knew that Norton—a combat veteran and career Marine infantry officer-turned-author of military history—was just the person to make that happen.

First, though, they needed a hard copy. Something they could touch. Something that would be difficult, if not impossible, to lose.

Helen retrieved the letters stored for decades in a box and organized them in chronological order. Then she began copying by hand the words that would form the bulk of Norton’s newest book: “Letters from a Yankee Doughboy: Private 1st Class Raymond W. Maker in World War I.

Read the entire article on the Free Lance-Star web site.