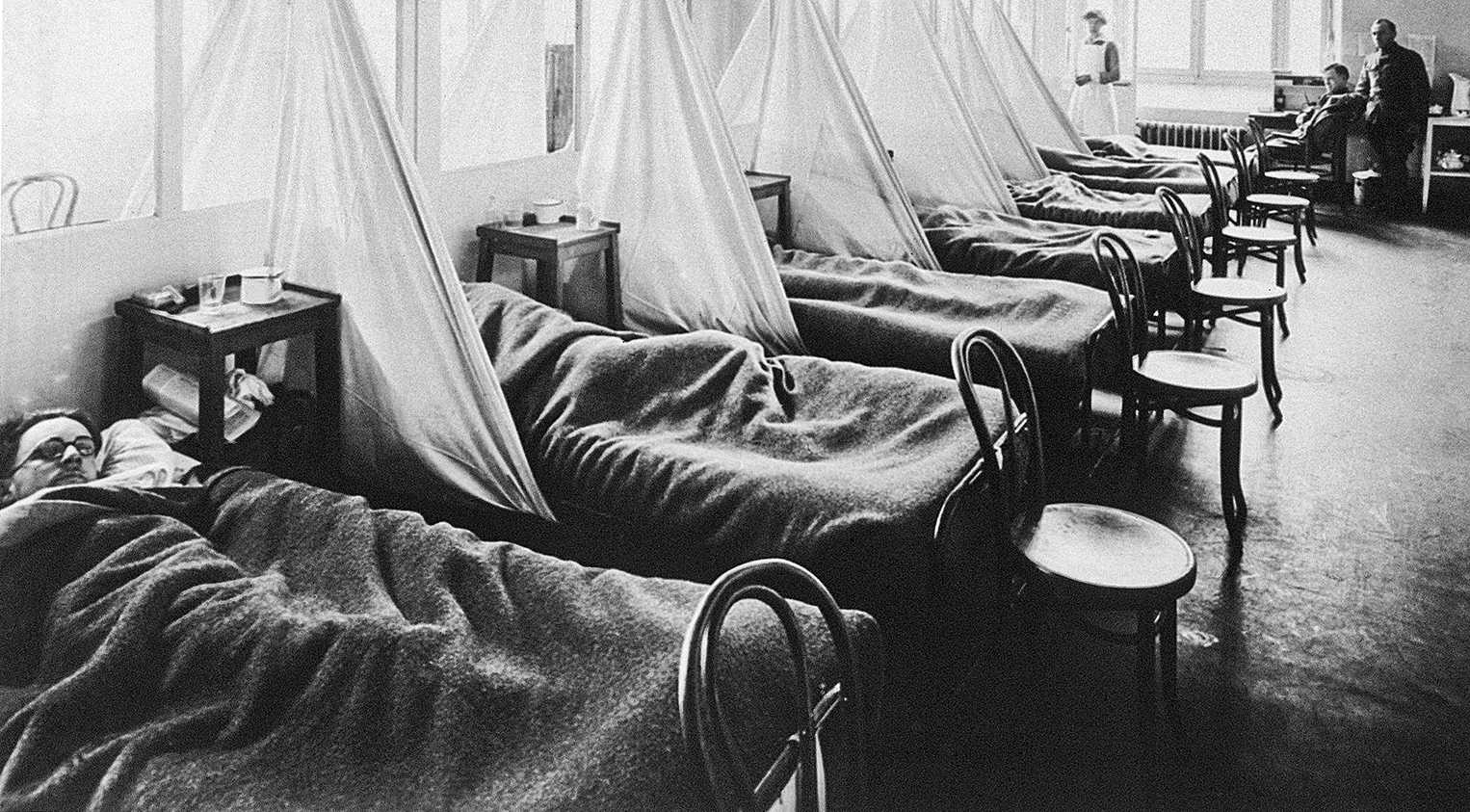 By Lauren Lipuma
via the American Geophysical Union web site

WASHINGTON—Scientists have spotted a once-in-a-century climate anomaly during World War I that likely increased mortality during the war and the influenza pandemic in the years that followed.

Well-documented torrential rains and unusually cold temperatures affected the outcomes of many major battles on the Western Front during the war years of 1914 to 1918. Most notably, the poor conditions played a role in the battles of Verdun and the Somme, during which more than one million soldiers were killed or wounded.

The bad weather may also have exacerbated the Spanish flu pandemic that claimed 50 to 100 million lives between 1917 and 1919, according to the new study. Scientists have long studied the spread of the H1N1 influenza strain that caused the pandemic, but little research has focused on whether environmental conditions played a role.

In a new study in AGU’s journal GeoHealth, scientists analyzed an ice core taken from a glacier in the European Alps to reconstruct climate conditions during the war years. They found an extremely unusual influx of air from the North Atlantic Ocean affected weather on the European continent from 1914 to 1919. The incessant rain and cold caused by this influx of ocean air hung over major battlefields on the Western Front but also affected the migratory patterns of mallard ducks, the main animal host for H1N1 flu virus strains.

Mallard ducks likely stayed put in western Europe in the autumns of 1917 and 1918 because of the bad weather, rather than migrating northeast to Russia as they normally do, according to the new study. This kept them close to military and civilian populations and may have allowed the birds to transfer a particularly virulent strain of H1N1 influenza to humans through bodies of water.

The findings help scientists better understand the factors that contributed to making the war and pandemic so deadly, according to Alexander More, a climate scientist and historian at the Harvard University/Climate Change Institute, associate professor of environmental health at Long Island University and lead author of the new study.

“I’m not saying that this was ‘the’ cause of the pandemic, but it was certainly a potentiator, an added exacerbating factor to an already explosive situation,” More said.