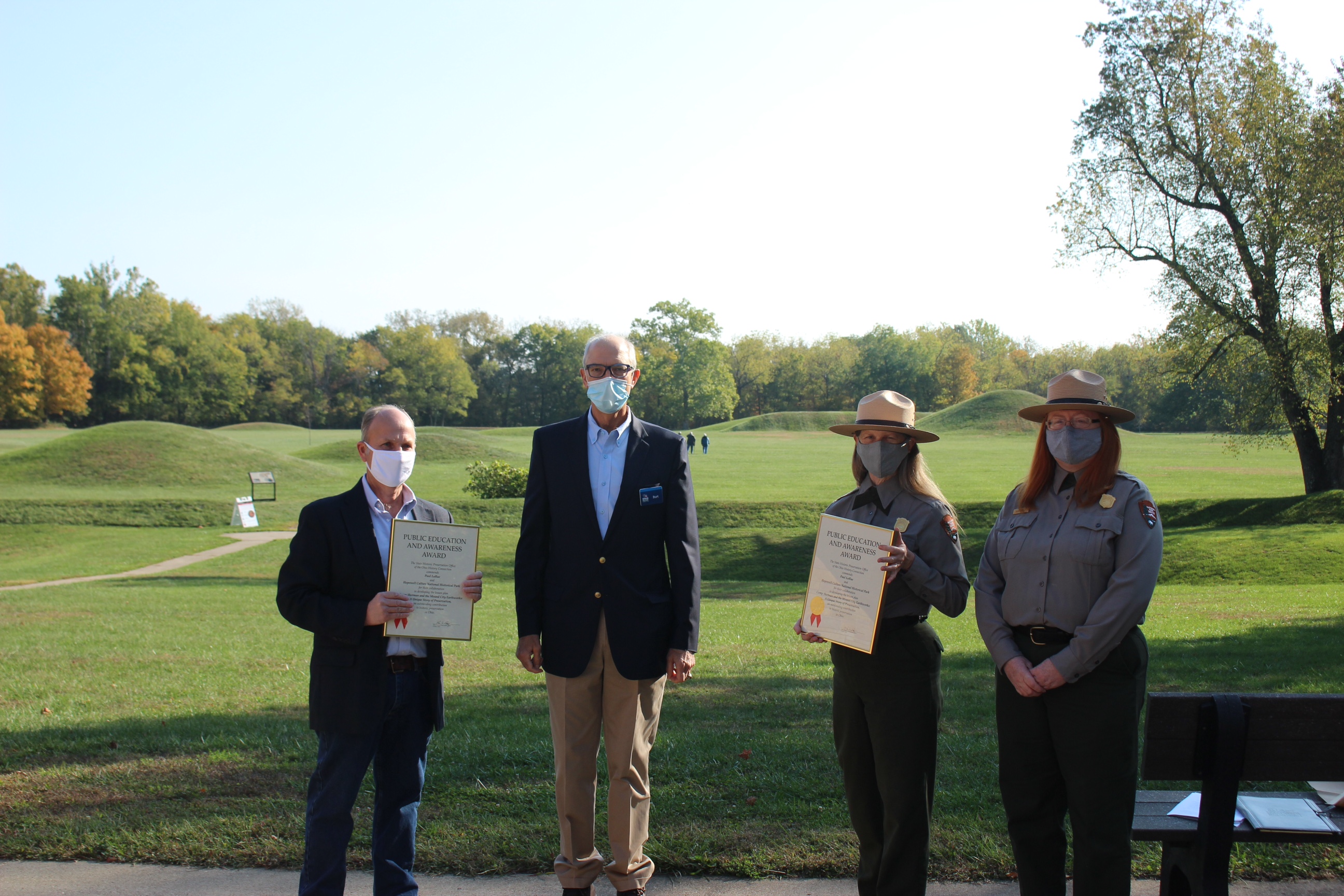 By Paul LaRue,
Member of the Ohio World War I Centennial Committee

Standing amongst the mounds of the Mound City Earthworks at the Hopewell Culture National Historical Park outside of Chillicothe, Ohio, you gain an appreciation of the important culture of Pre-Contact American Indians. The quiet serenity of the park today is in stark contrast with the bustling World War I cantonment that sat on the same ground from 1917 -1919. More than 120,000 soldiers passed through the 9700-acre cantonment known as Camp Sherman. Some of the camp's 2,000 buildings literally sat atop the sacred mounds.

The Ohio World War I Centennial Committee produced a series of lesson plans on various World War I topics, including Camp Sherman and the Mound City Earthworks.

The State Historic Preservation Office of Ohio recently announced its annual state historic preservation awards. The Camp Sherman and the Mound City Earthworks: A Unique Story of Preservation lesson plan was recipient of the Public Education and Awareness Award. The lesson plan was written by Ohio World War I Centennial Committee member Paul LaRue in collaboration with the Hopewell Culture National Historical Park and the Ohio History Connection.

To learn more about this unsung battalion, clock this link below to the lesson plan: https://ohiomemory.ohiohistory.org/wp-content/uploads/2018/11/TechnologyWWI_NEHLessonPlan.pdf

The World War I Centennial is over, yet the value of quality World War I lesson plans and educational resources are more important than ever. Two years ago, no one could have imagined the state of education today. World War I curriculum like the Camp Sherman lesson plans provide teachers with classroom-ready content for students, especially important in the current climate of virtual and online learning many teachers and students are experiencing. Quality online resources are in high demand.  Equally important are lesson plans that tell a more complete story of the United States soldiers and sailors that served in World War I. The Camp Sherman and Mound City Earthworks lesson plan is an example of award-winning World War I educational content available for today's classroom.

Read more about the award on the Chillicothe Gazette (OH) newspaper web site.