Virtual Talk Nov. 6: The Making of Stars and Stripes Over the Rhine

By Erin Hart
Director of Communications and Development, Germanic-American Institute 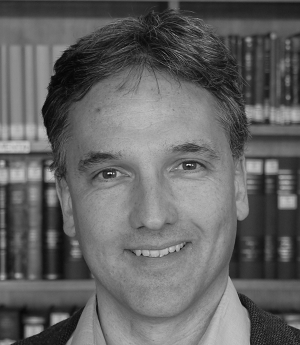 Dr. Kai-Michael SprengerDr. Kai Sprenger is the leader of a project of the Institute for Regional History (IGL) at the University of Mainz researching the American occupation of the Rhineland following the end of the First World War. In cooperation with the government of Rhineland-Palatinate and the German Foreign Ministry's “Wunderbar Together” Program, the IGL has researched the long-term social and cultural impacts of this occupation on the region and on German-American relations.

The historical background of this relationship and of the post-World War I period have been all but forgotten among the people of both nations. The occupation began after the end of World War I and lasted until 1923, covering an area from Trier to Koblenz referred to as the American Zone of Occupation. These four years were politically and economically formative, and spurred a social and cultural exchange that introduced everything from jazz and baseball to donuts and Chinese cuisine.

Throughout the five years of occupation, many of the 250,000 American soldiers stationed in the Rhineland were forcibly quartered in the homes of private citizens, leading to the birth of several thousand "American children" - creating an entire generation with (often unknown) familial roots on both shores of the Atlantic. Dr. Sprenger and the IGL have curated a traveling exhibition, “Stars and Stripes Over the Rhine,” covering these and many other aspects of the American occupation, which has visited institutions and museums in both the U.S. and Germany.

In addition, the IGL is engaged in an ongoing project to identify the descendants of many of these "Amerikanerkinder" and hopes to reconnect families who have been separated for close to a hundred years. Through its work, the IGL is uncovering and presenting this widely forgotten period in the shared historical experience of the U.S. and Germany, during which former enemies of war quickly grew to become close friends.

Registration and further information for Dr. Sprenger’s talk can be found here: https://gai-mn.org/Making-of-Stars-and-Stripes