How "World War I: the Marne Miracle" happened 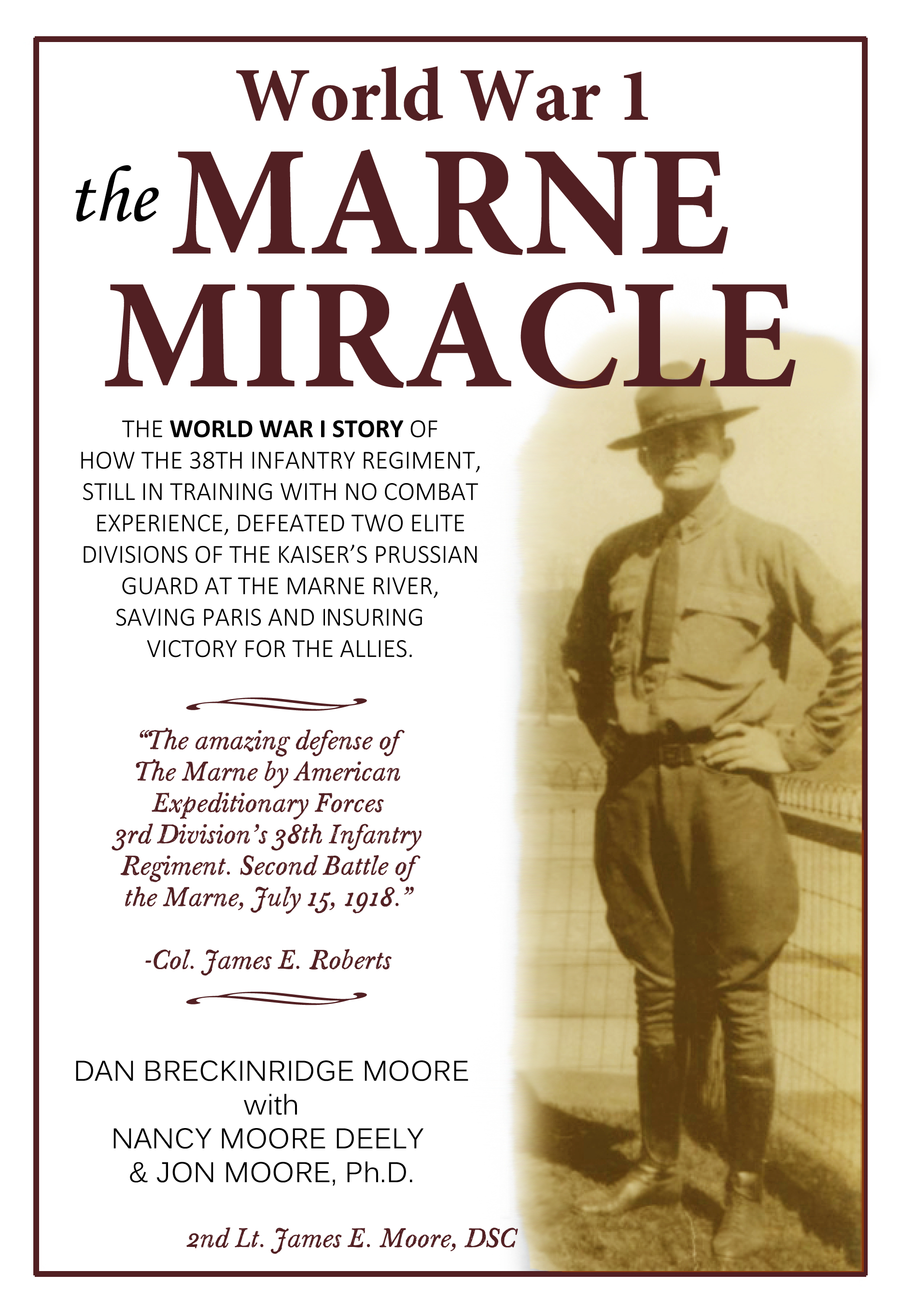 I was given a box of letters and pictures by my cousin containing letters my father wrote to her grandmother, (his sister) from France and Germany in 1918 and 1919. This included an amazing and rare article printed in the Virginian-Pilot and Norfolk Landmark Newspaper. The article was a reprint of one of these letters to his sister Nell recounting the incredible turn of events in the Second Battle of the Marne.

These letters rarely made it through the censors in France, much less get printed in a newspaper for public consumption. His bravery and fortitude helped to turn the tide of this penultimate battle of WWI.

James Edward Moore was really a wonderful father. Therefore, I wrote the "World War I: the Marne Miracle" in his honor.

What I learned about WWI while writing the book

Woodrow Wilson and Secretary of State Robert Lansing anticipated that the German government might annex Denmark, consequently the Germans could also take over the Danish West Indies as a naval or submarine base from where they could launch attacks on shipping in the Caribbean and the Atlantic. For $25 million the U.S. purchased the islands on March 31, 1917.

Queen Victoria had 40 grandchildren including King George V of Great Britain and their enemy, Emperor Wilhelm II of Germany.

Great Britain bought optical lenses for bomb sights, binoculars, and sniper rifle sights from the German manufacturer Zeiss. Britain had no comparable lens sources available anywhere. Germans needed the money to conduct was against England and the Allies. The transfer was made through Switzerland, a neutral country. 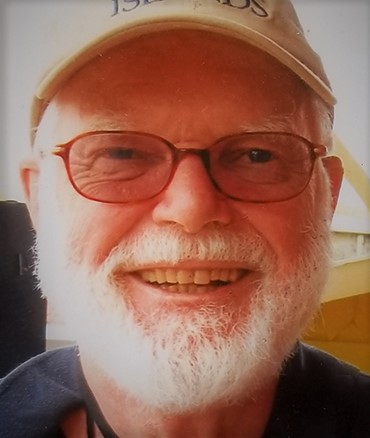 Dan Moore After the November 11, 1918 Armistice, President Woodrow Wilson decided to allow some American soldiers to travel in Europe and others to attended European Colleges and Universities as it would take many months to get them home because of the lack of adequate transportation. James Moore studied for a semester at the Sorbonne in Paris thanks to this plan.

What I learned about my father’s experiences

I learned my father had more training than most officers as he was able to spend 6 months at neighboring Virginia Military Institute which was adjacent to the campus of Washington and Lee University when he was a sophomore there. 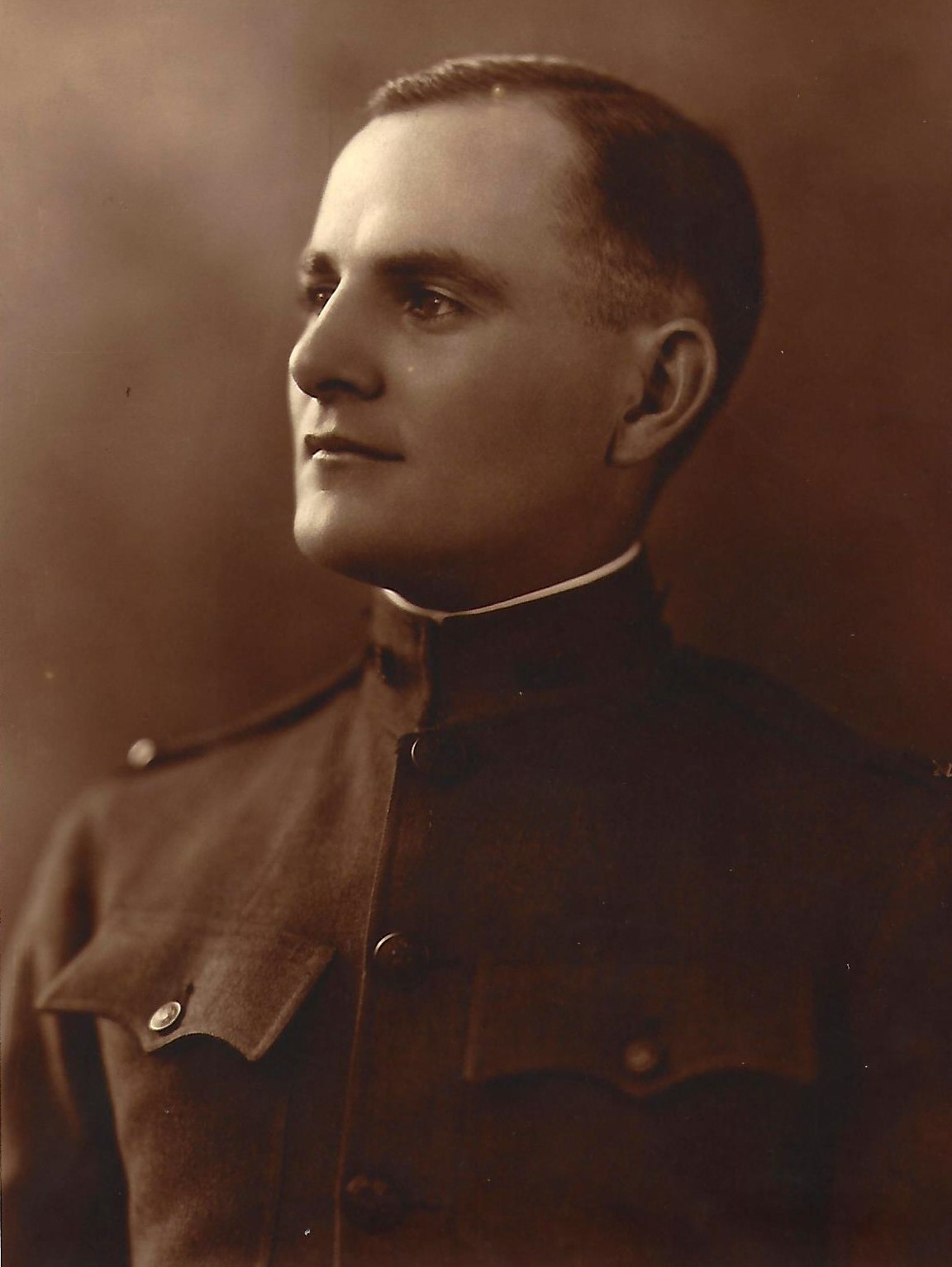 James Edward MooreDad was assigned to Neuwied as the Military Mayor by the Commander of the German occupation to see that the people of Neuwied were peaceful and cared for with food and medicine. He was also ordered to search for and demilitarize dangerous war materiel.

He was invited to live for months in the Palace of the Prince of Wied in Neuwied, Germany on the Rhine River. The Prince sent an emissary to the mayor's office to extend his invitation to Dad. As it turned out, Dad and the Prince became friends. The Prince was very hospitable.

Why should people care about WWI today

Prior to WWI, the U.S. was considered only a minor player in world affairs. America's ability to marshal 4 million men in a short time, and our industrial ability to produce war materials in massive quantities quickly made America a great force. Additionally, America's fighting ability made the countries of the world take notice. We were no pushover. We have every reason to be proud of our country for these reasons.

For more information about The Marne Miracle, visit the book's web site at https://marnemiracle.com/.