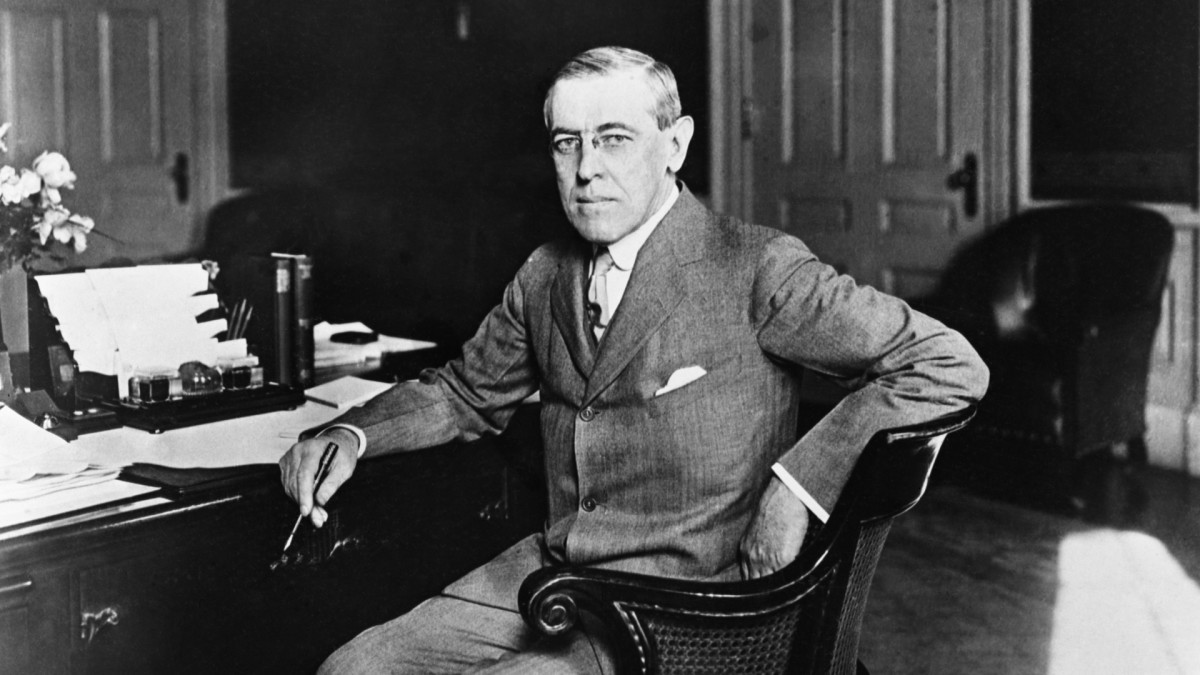 Lingering effects of the 'Spanish flu' may have hindered President Wilson's ability to effectively advocate for his '14 Points' at the Paris Peace Conference in 1919.

On the night of April 3, 1919, President Woodrow Wilson began to suffer from a violent cough. His condition quickly worsened to the point that his personal doctor, Cary Grayson, thought the president might have been poisoned. Grayson later described the long night spent at Wilson’s bedside as “one of the worst through which I have ever passed. I was able to control the spasms of coughing but his condition looked very serious.”

The culprit wasn’t poison, but the same potent strain of influenza nicknamed the “Spanish flu” that would eventually kill an estimated 20 million worldwide, including more than 600,000 in the United States. Wilson’s illness was made even worse by its timing—the president was left bedridden in the middle of the most important negotiations of his life, the Paris Peace Conference to end World War I.

Before the Flu, a Deadlock

Wilson came to the Paris negotiations armed with his visionary “14 Points” strategy for achieving world peace. It included calls for open and transparent peace treaties, freedom and self-determination for all European nations, disarmament, and above all the creation of a “general association of nations”—later called the League of Nations—to actively prevent all future wars.

But parts of Wilson’s post-war scheme were adamantly opposed by the other chief powers at the Paris Peace Conference, namely France and Great Britain. The French prime minister, Georges Clemenceau, openly clashed with Wilson over the level of economic punishment to inflict on the Germans. Clemenceau demanded billions in reparations for the monumental loss of French lives and property at German hands, but Wilson wanted to spare Germany such humiliation and focus instead on building up the League of Nations.

By April, the Paris negotiations were deadlocked, and that was precisely the moment when Wilson fell ill. The president was confined to his bed for five days battling a 103-degree fever and racking coughs while his doctor, Grayson, lied to the press that it was nothing more than a bad cold.