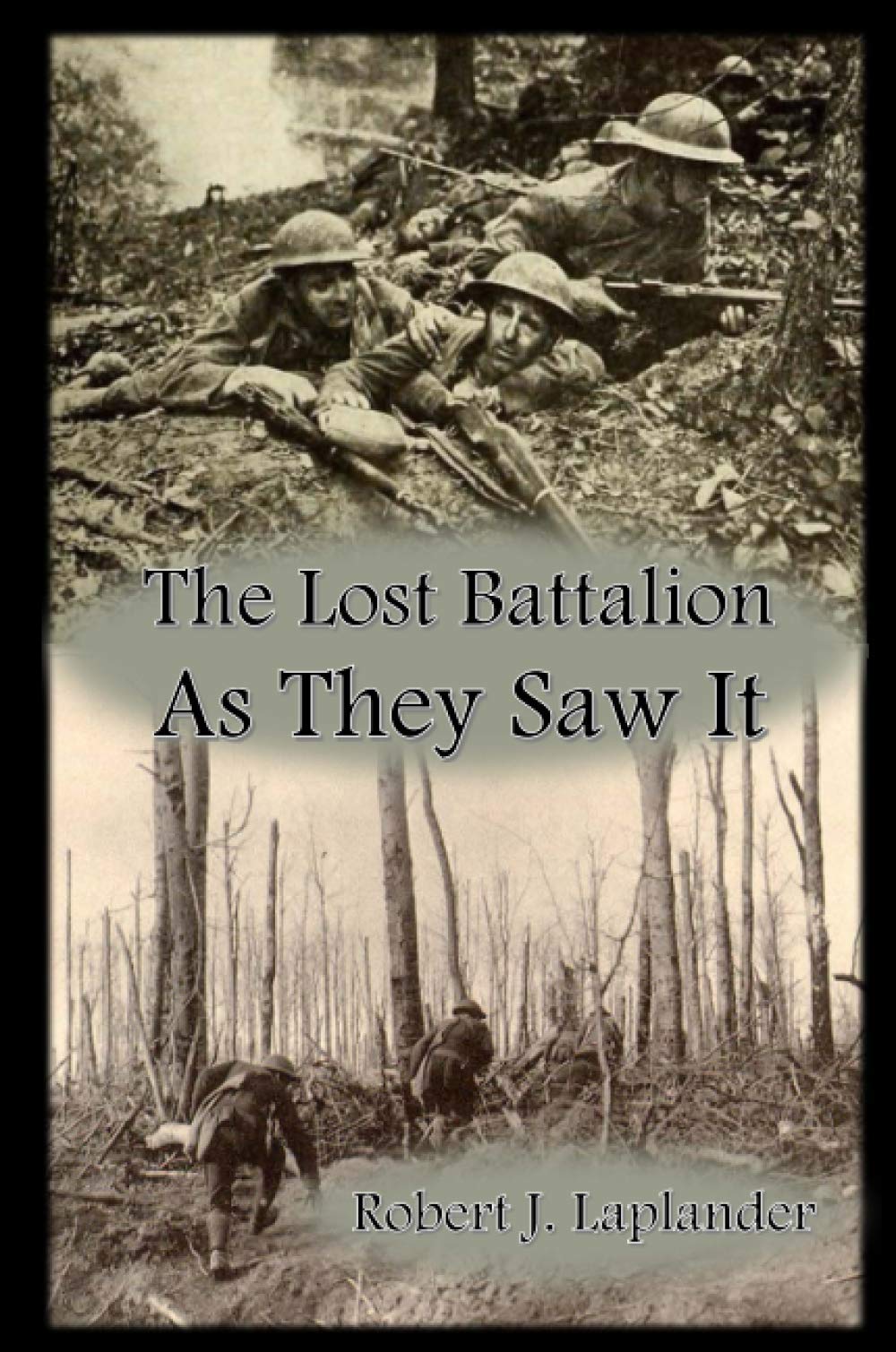 In the history of American participation in WW1, two stories remain the most recognized: that of Sergeant York, and that of the ‘Lost Battalion.’ Now another chapter in the tale of the Lost Battalion has been told in a new book by WW1 author and historian Robert J. Laplander titled The Lost Battalion: As They Saw It.

Most know the general story. Between October 2nd and October 7th, 1918 Major Charles Whittlesey of the 77th Division led nearly 700 men into the narrow Charlevaux Ravine during the battle in the Argonne Forest.

They were quickly surrounded by the Germans and during their five-day siege in that ravine endured starvation, continual enemy attacks, a mistaken artillery barrage by their own forces, and an eventual casualty rate of nearly 72%.

Many will recall the story of the "surrender demand" sent to them by the Germans, and Major Whittlesey’s supposed reply that they could ‘go to hell’, as well as the story of Cher Ami, the little pigeon that delivered the message that stopped the American artillery barrage. But few people have heard the stories of the men themselves. Until now.

Author and World War I historian Robert J. Laplander has been researching the Lost Battalion episode for 25 years, and has amassed an enormous collection of information concerning the story – including many personal remembrances. Much of his research was used in his first book on the subject, ‘Finding the Lost Battalion: Beyond the Rumors, Myths and Legends of America’s Famous WW1 Epic’ which was first released in 2006. Since then it has become the ‘bible’ of that event. The updated US WWI Centennial Edition was released in January, 2017.

“I have dozens of diaries, letters and memoirs from the men who were there,” Laplander says, “and everywhere I go to speak on the subject, folks ask me for more of the men’s stories.” And speak on the subject he does, all over the country, including a lecture recorded at the National WW1 Museum in Kansas City in 2018 and broadcast on CSPAN as Hell’s Half Acre: The Story of the Lost Battalion (available for viewing on YouTube).

“It’s an important story in that it really represents what the American soldier is capable of under the most adverse of conditions, then as now. It may have occurred over 100 years ago, but that doesn’t detract from the fact that soldiers are soldiers, no matter the time period, and they are all capable of the most extraordinary things, if led well and their own spirit is fostered.

"The story is also a beautiful example of true leadership skill, dogged determination, and the enduring desire to not give in to adversity. The average soldier – the average person, in fact – is capable of far more than they imagine, if they will only believe in themselves. This story is proof of that, and in this new book we get to see the story from the perspective of the men who LIVED it; what they thought, how they felt, and how they dealt with it. That’s a special thing.” 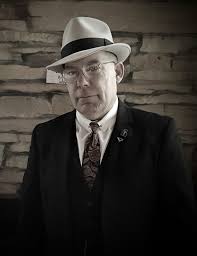 Robert Laplander Within weeks he had contacted some family members of the men who had been there and immediately discovered there was more to the story. “The families all had something to say. In most cases the stories had never been told, or the writings had never been seen, and they were eager to share their relative’s experiences. It was quickly clear that it wasn’t just a general story; it was a personal experience for these men, an experience that for many shaped the rest of their lives.

"As the time went on and I gathered more and more, I became sort of the custodian of all this history. I’ve spoken with hundreds of the men’s relatives and been to the site in France eight times. I lead tours of it now. It’s become obvious that this is one of the things I was meant to do in life; to be the historian of the Lost Battalion for this era.

"I truly love the job. I see these men as ‘my boys’ and I try to give them voice and keep them from being forgotten in every way I can. The Lost Battalion: As They Saw It is really their book, and I’m proud to give them their voice in it.”

Signed copies of The Lost Battalion: As They Saw It, as well as copies of his other works, can be obtained directly from Mr. Laplander by emailing him at 308infantry@gmail.com. You may also find him on Facebook at the ‘Finding the Lost Battalion’ page, and on his website at www.findingthelostbattalion.com.

His books are also available through Amazon, Barnes and Noble, and many other book outlets worldwide.