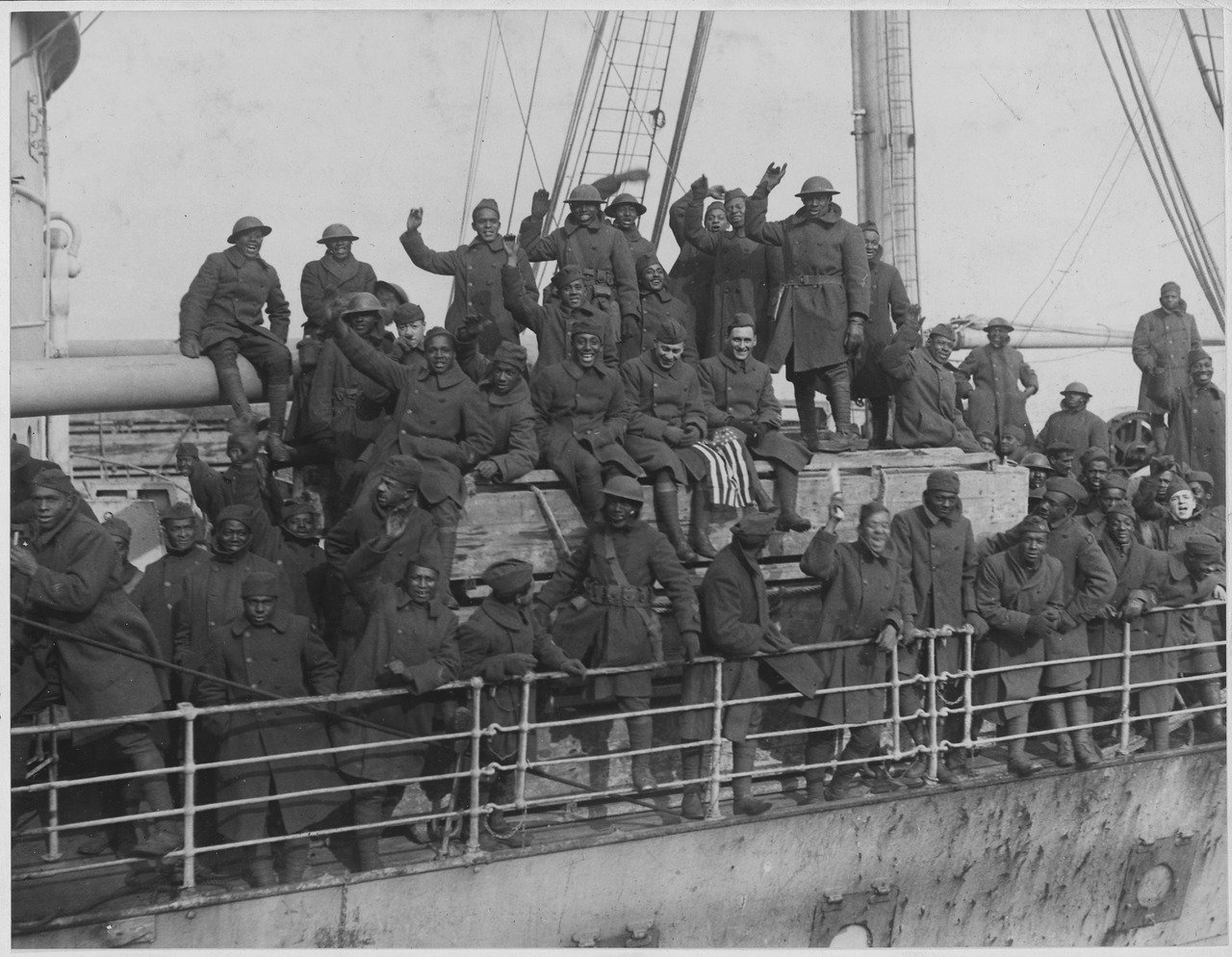 The Harlem Hellfighters: African-American New Yorkers were some of WWI’s most decorated soldiers

By Lucie Levine
via the 6sqft.com (NY) web site

By the end of World War II, the Croix de Guerre, France’s highest military honor, would be awarded to the 369th Infantry Regiment. Better known as the Harlem Hellfighters, the regiment was an all-black American unit serving under French command in World War I, and they spent a stunning 191 days at the Front, more than any other American unit. In that time, they never lost a trench to the enemy or a man to capture. Instead, they earned the respect of both allies and enemies, helped introduce Jazz to France, and returned home to a grateful city where hundreds of thousands of New Yorkers turned out to welcome home 3,000 Hellfighter heroes in a victory parade that stretched from 23rd Street and 5th Avenue to 145th Street and Lenox.

The deluge of celebration and weeping that greeted the returning Hellfighters when the parade made its way to Harlem was particularly impassioned since 70 percent of the regiment called Harlem home. But just as moving was the fact that the parade was the first such event following World Word II, for black or white soldiers, and the whole city was jubilant.

In a three-page spread covering the parade, the New York Tribune wrote, “Never have white Americans accorded so heartfelt and hearty a reception to a contingent of their black countrymen.” The paper observed, “In every line, proud chests expanded beneath the metals valor had won. The impassioned cheering of the crowds massed along the way drowned the blaring cadence of their former jazz band. The old 15th was on parade, and New York turned out to tender its dark-skinned heroes a New York welcome.”

But that welcome stood in stark contrast to the Hellfighters’ experience in the City’s 1917 Farewell Parade. At the time, the unit was known as the 15th New York (Colored) Regiment of the state’s National Guard. It was part of the US Army’s “Rainbow Division,” a cadre of 27,000 troops from around the nation mustered in when the United States entered the war. Most of the Rainbow Division shipped off to Europe in August 1917. The Hellfighters wouldn’t arrive in France until late December of year. They had not been allowed to march off to war with the rest of the Rainbow Division, or to participate in the city’s farewell parade, because, they were told, “black is not a color of the rainbow.”

Read the entire article on the 6sqft.com web site here: