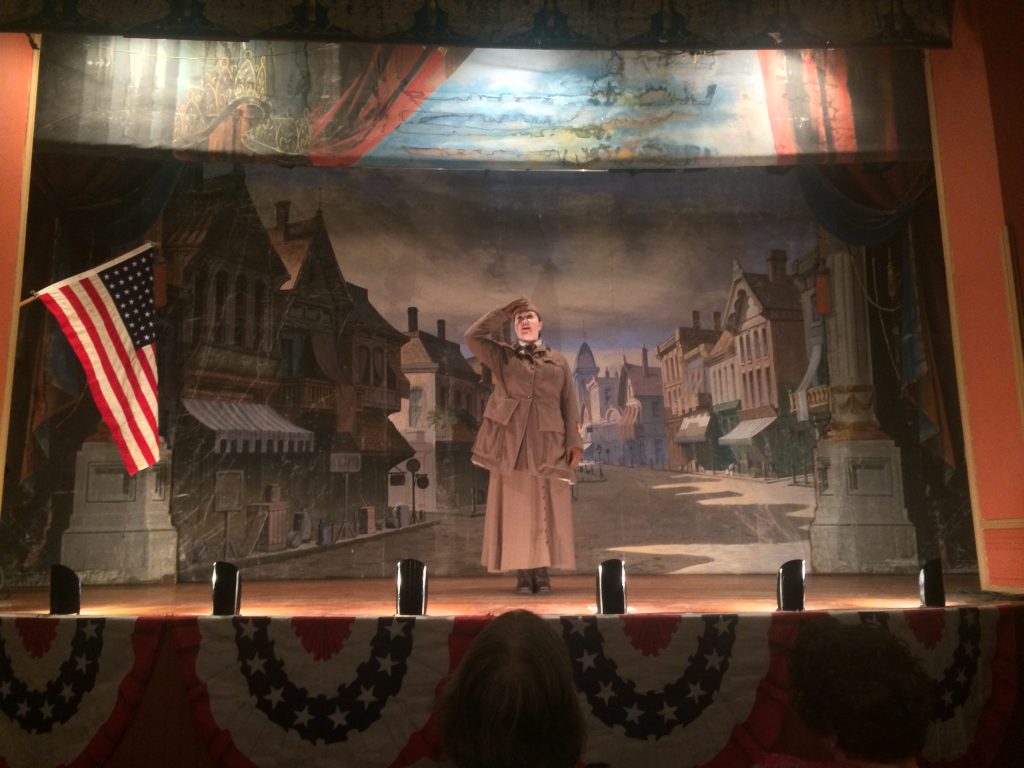 Reflections on “The Songs of World War One” Program

By Cecelia Otto
via the americansongline.com web site

In March of 2017, two years after I performed my first Lincoln Highway concert, I debuted my second big concert program titled, “The Songs of World War One”. I knew that people would learn and enjoy the program, but I had no idea how it would be received. It was a wonderful surprise to find out not only that people enjoyed the concerts, but that I performed the music well past the 100th anniversary of the Armistice – all the way to November of 2019.

In those two and a half years of performing those songs, I met and connected with so many people nationwide who had their own stories and songs to share. And those stories made me think of all of the programs in a whole new way, and they changed me. It’s been a year since I last wore my re-created uniform, and I felt impelled to share some of what I saw and learned with you all.

Read the entire article on the americansongline.com web site here: