By Bill Castanier
via the lansingcitypulse.com (MI) web site .

When Elizabeth Field Connor discovered her grandfather’s army footlocker from World War I while digging through her father’s musty basement, she had no idea the treasures and mysteries it would unleash. It wasn’t long before the old metal box took Elizabeth and her husband, Hilary Connor, on an adventure. 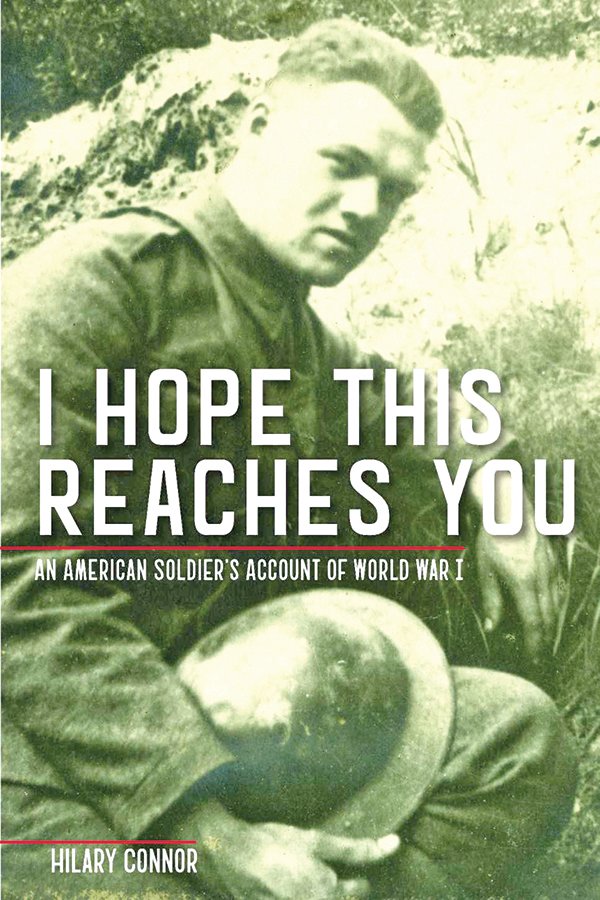 The trunk, belonging to Byron Field, was a treasure chest of WWI ephemera. It contained dozens of war letters written from a woman who was unknown to the rest of his family; a yellowed-diary; hundreds of postcards from European cities and hundreds of letters Field had sent from the battlefield to his parents and his college sweetheart.

Elizabeth Field Connor’s grandfather was a saver and a collector. She had never known her grandfather well, and last tried to connect with him in a letter she sent on the last Christmas before his death. She inquired how he was and what he would like for Christmas. She received no answer and he died seven weeks later. The letter was among the items contained in the trunk. She believes the trunk is his “belated answer.”

Hilary Connor, an investigative prosecutor and mystery writer, decided to research the life of his wife’s grandfather and see if a book was a possibility.

The contents of the army-green trunk brought her grandfather’s story to life. In May 1917, the 19-year-old Field took a train from Jackson to Detroit to enlist in the Army as a member of the 168th Ambulance Co. in the 42nd Infantry Division. Known as the Rainbow Division, it saw intense action in the WWI trenches.

Field, at the time of his enlistment, had just finished his freshman year at Albion, where he was studying to be a Methodist missionary. He attended Albion with his girlfriend, Estelle Corzine, whom he would write more than 180 letters to during WWI.

The research resulted in Hilary Connor’s new book, “I Hope This Reaches You.” It provides historical details about what caused the United States’ entrance into the war — including information about the sinking of the RMS Lusitania and the infamous Zimmerman memo. The book also details Field’s boot camp experience at Camp Grayling, and his agonizing and terrifying ocean crossing to France, which took him through the heart of the German submarine hunting grounds.

The book explains that after landing in Saint-Nazaire, the command would be put in a hurry up and wait mode as Field and his company slowly made their way to the Western Front.

The more gruesome details of war are told in Field’s 238-page diary, which recalls German shelling and deadly gas attacks. Hilary Connor said Field’s letters to Corzine and his family avoided details of the danger faced by the ambulance corps.

Read the entire article on the lansingcitypulse.com web site here: