By Michael Neiberg
via the US Army War College web site

The first Veterans Day (then called Armistice Day), on November 11, 1919, was a solemn and serious event commemorated worldwide. The First World War left behind an estimated three million widows and six million orphans, in addition to eight million men killed in combat and unknown millions more who died in the influenza pandemic of 1918-1919. Marking the one-year anniversary of the end of the fighting gave people a chance to honor all of the victims, military and civilian alike, of this terrible war. 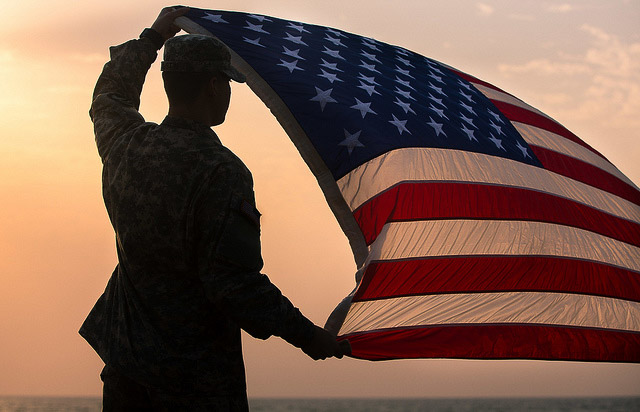 The vast majority of Americans who died in Europe were buried overseas, meaning that most families had no local grave over which to mourn. Communal mourning and commemoration helped fill some of the need for bereavement. Armistice Day, 1919, therefore, had little of the triumphant mood that had marked the end of the war a year earlier. It was not to be a day of celebration but a day to bow heads in remembrance.

Accordingly, local newspaper accounts from that day show no sense of joy. President Wilson, General Pershing, and many other dignitaries released somber statements of appreciation for the service of Americans during the war and the need for the country to work toward peace. In most American cities and towns, businesses paused for the symbolic eleventh minute of the eleventh hour of the eleventh day. Trolley cars stopped, schools observed a moment of silence, prominent local veterans gave speeches, and local dignitaries laid wreaths at war monuments either recently completed or just being built.

Although the commemoration was more civic than religious, church bells rang, and houses of worship opened their doors for special services.

In subsequent years, November 11 became more critical to British and French memory of the war than to American memory. The war had affected Europeans much more, of course, than it had affected Americans. Remembrance Day became a holiday in France in 1922. Great Britain began to mark Remembrance Sunday at the same time. The British (and much of their empire, including Canada) began a poppy campaign culminating each year on November 11 to raise money for wounded veterans. The French followed suit, using a blue cornflower as a symbol of remembrance. Americans held parades and made speeches, but the day never had quite the same meaning, not even after President Roosevelt made Armistice Day a federal holiday in 1938.

Read the entire article on the US Army War College web site here: