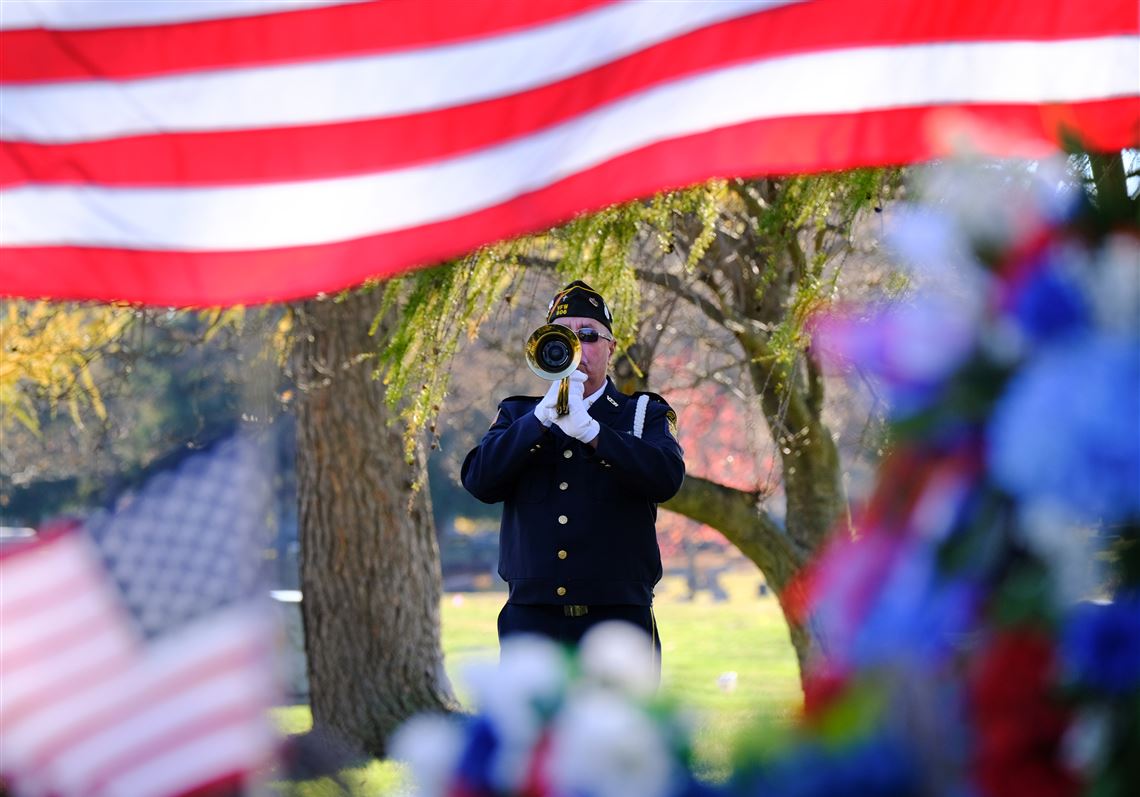 A bugler from Veterans of Foreign Wars Post 606 plays Taps at the dedication of the grave marker for WWI Buffalo Soldier John M. Fields on November 11 in Toledo, OH.

A Buffalo Soldier from Toledo who served his country during World War I finally got the sendoff to heaven he deserved.

John M. Fields, a black Army private who served in France and was honorably discharged on July 21, 1919, had been buried at Forest Cemetery with no grave marker since dying on Dec. 28, 1960.

That changed on Veterans Day this year.

The National Society of the Sons of the American Revolution took up the cause and got Private Fields the grave marker he deserved 60 years later.

Under a sunny sky amid a cool November breeze, the afternoon ceremony arranged by the group’s Michigan chapter lasted about an hour and included remarks from such dignitaries as U.S. Rep. Marcy Kaptur (D., Toledo), Toledo Mayor Wade Kapszukiewicz, and state Rep. Paula Hicks-Hudson (D., Toledo).

Nobody there knew the Fields family directly. Although he married a prominent woman later in life, the couple never had children.

But the nearly three dozen people witnessing the dedication heard why Private Fields represents what’s good about America on Veterans Day, the time in which the country came together to pay its respects to those who served our nation overseas.

“The price of freedom is not free,” Miss Kaptur said. “We stand on the shoulders of those who came before us.”

Mayor Kapszukiewicz said Private Fields deserves to be remembered as a hero like other veterans.

“He and his family loved this country, even when this country didn’t love him back,” he said. “It shouldn’t be like that.”

Read the entire article on the Toledo Blade web.