Thank-you letters from 1915 point back to unlikely Minnesota hero

Handwritten by Belgian schoolgirls caught in the middle of an adult clash, the letters from 1915 are frank and brimming with gratitude. Germany had invaded their country, British allies mounted a blockade to starve out the German soldiers and millions of innocent Belgians faced starvation at the outset of World War I. 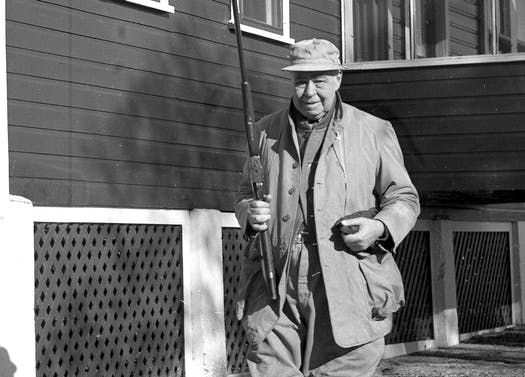 Flour milling company executive James Ford Bell was instrumental in leading a U.S. hunger relief effort during World War I, resigning his business post and devoting himself to the government’s effort. He was honored by Belgium and France after the war ended.“I do not yet fully understand the meaning of war, poverty, starvation, these words I hear so often at home.” 7-year-old Maria Clerbois wrote. “All I know from what my dear papa has told me is that without the great and generous America, we would be suffering great hardship.”

The Great War raged for three years in Belgium and the muddy trenches of France before the United States joined the fight in 1917. But U.S. humanitarian aid had started pouring in years before — including tons of wheat milled in Minnesota. Nearly a quarter of the first 283,120 sacks of flour shipped to Rotterdam in January 1915 came from Minneapolis millers.

“At the outset of this frightful calamity that is striking us, we could only look ahead with terror … [and] the threat of starvation,” another student wrote in 1915 from Liege, Belgium. “One day, just as all hope of receiving food supplies was vanishing, America the brave and the beautiful came to promise us relief and to give us bread to survive …”

A traveling exhibit of these translated letters — “When Minnesota Fed the Children of Europe” — visited the Mall of America in October. Here is the link to the opening and more resources on the exhibit: https://www.globalminnesota.org/events/past-events/exhibit-opening-of-when-minnesota-fed-the-children-of-europe/“This was the largest humanitarian relief effort in human history and much of this food aid was wheat flour coming from Minnesota,” said Mark Ritchie, the former Secretary of State who’s now president of Global Minnesota. The nonprofit group promotes international education and is bringing the exhibit here for the rest of the month.

The girls’ letters were written generally to their American peers, but two unlikely men with Midwestern ties were pivotal players behind the massive relief effort that helped feed 150 million Europeans a century ago, from 1914 to 1923.

Iowa-born Herbert Hoover is mostly remembered for a woeful presidency that included the 1929 stock market crash and the ensuing Great Depression. But 12 years earlier, President Woodrow Wilson tapped the Stanford-trained mining engineer to feed Belgium as the head of the federal Food Administration.