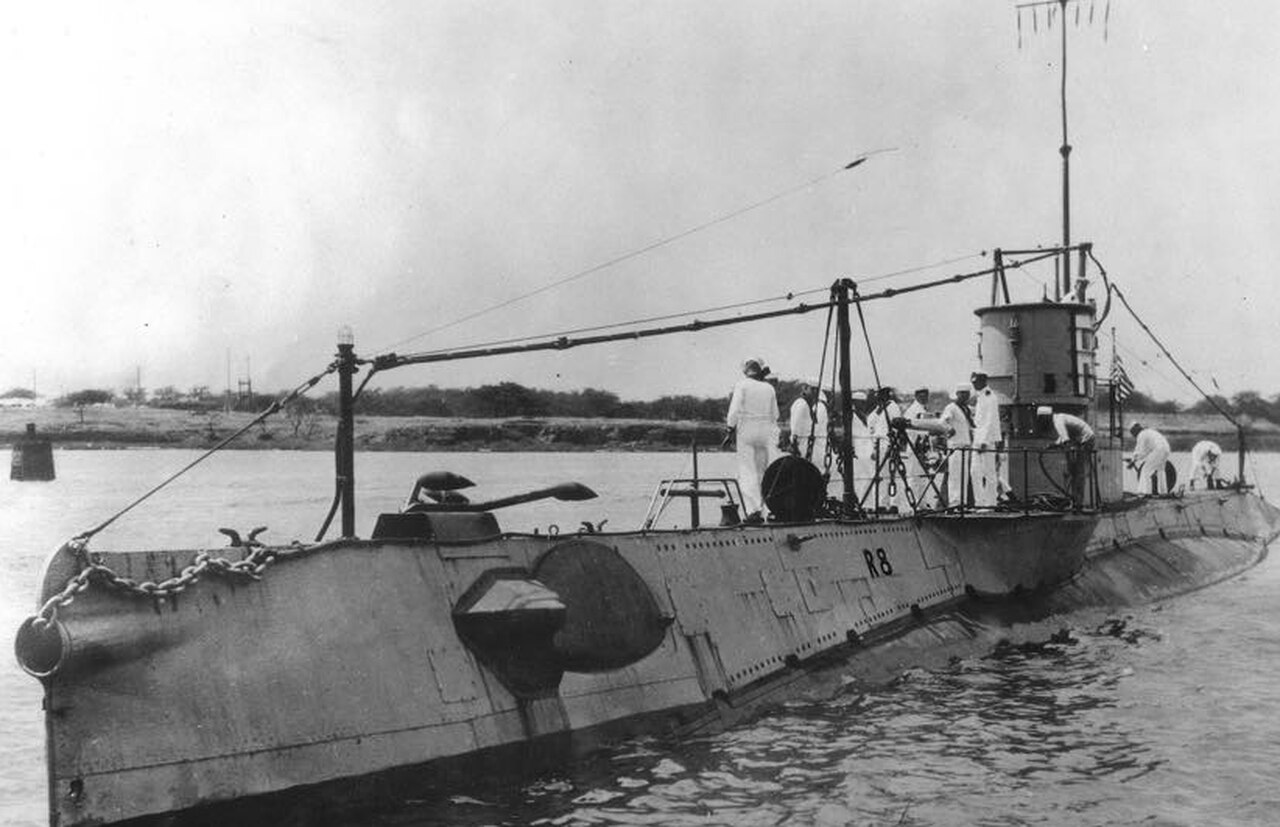 A New Jersey dive crew has found a World War I-era U.S. Navy submarine near the Delmarva Peninsula. It is the SS-85, an R-8 class submarine built in 1918.

By Bill Duhart
via the nj.com (New Jersey) web site

A post-World War I-era submarine has been found on the ocean floor near the Delmarva Peninsula and appears to be fully intact and upright, a salvage rescue company said Thursday.

The vessel is believed to be a decommissioned U.S. navy R-8 class submarine sank during a practice bombing exercise in 1936, the salvage company said. It was one of 27 R-class submarines commissioned by the Navy during WWI but was completed until after the war. It was built in 1918 in Quincy, Massachusetts.

“The discovery is historically important because R-8 is one of few American submarines resting in [accessable] East Coast waters that had yet to be located,” a statement from Atlantic Wreck Salvage said.

Atlantic Wreck Salvage is operated by Joe Mazraani and Jennifer Sellitti, a crew member and diver on the D/V Tenacious, the vessel the salvage company uses for explorations. When they are not at sea, the pair work as criminal defense attorneys for the New Jersey Public Defenders Office and live on a farm in Freehold.

“It’s in pristine condition,” said Sellitti. “When we find these it’s not just hunks of metal at bottom of the ocean. It connects it to a moment of history.”

Atlantic Salvage is not releasing additional information about the depth or the location of the vessel until the crew can dive to the wreckage and make a formal identification. But sonar images matched with historic photos and information about where SS 85 went down have convinced the crew this is the vessel.

The crew has not dived to the wreck to explore it. Sellitti said that won’t likely occur until the spring, because the end of the mid-Atlantic diving season is in December.

Read the entire article on the nj.com web site here: