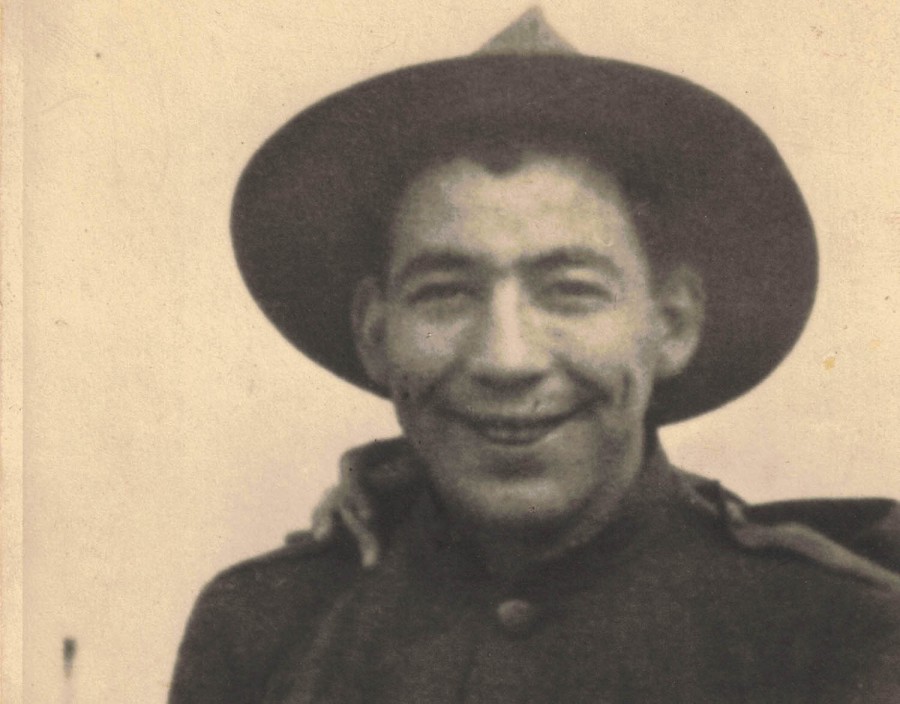 Charles McAllister poses in his World War I uniform in this undated photo.

‘Unsolvable’: Forensic sleuth says he’s identified a long-dead WWI Doughboy, but whose job is it to bring him home?

By Wyatt Olson
via the Stars and Stripes newspaper web site

When Beverly Dillon’s home phone rang on a late summer evening in 2019, she ignored it. She didn’t recognize the number and assumed it was a pesky marketing call to her home in a small Montana town near Glacier National Park.

But as the caller began leaving a message on her old-fashioned answering machine — mentioning the surnames Vincent and McAllister — Dillon raced to pick up the phone.

“Yes! I was a Vincent before I was a Dillon, and my grandmother's maiden name was McAllister,” the self-described “genealogy nut” recalled saying. “I nearly jumped out of my skin I was so excited.”

On the other end of the line was Jay Silverstein, a forensic anthropologist who said he believed he had identified the remains of Pfc. Charles McAllister, her great uncle who died in battle during World War I.

Silverstein had just retired from the Defense POW/MIA Accounting Agency in Hawaii, the U.S. government’s official agency tasked with bringing home the remains of the nation’s missing war dead, but this was the one case he could not bear to leave unresolved. The remains had been stored at the agency’s Hawaii lab for 15 years.

Dillon, now 80, and her son, Sean, submitted DNA samples to the Department of Defense DNA Registry in August 2019, for which she received a letter of receipt a few weeks later. It was the last contact she had from the government concerning the samples, she said. More than a year later, the case has gone nowhere.

Silverstein, who now teaches forensic anthropology in Russia, is frustrated with what he regards as DPAA’s foot-dragging on a case he insists could have — should have — been completed years ago.