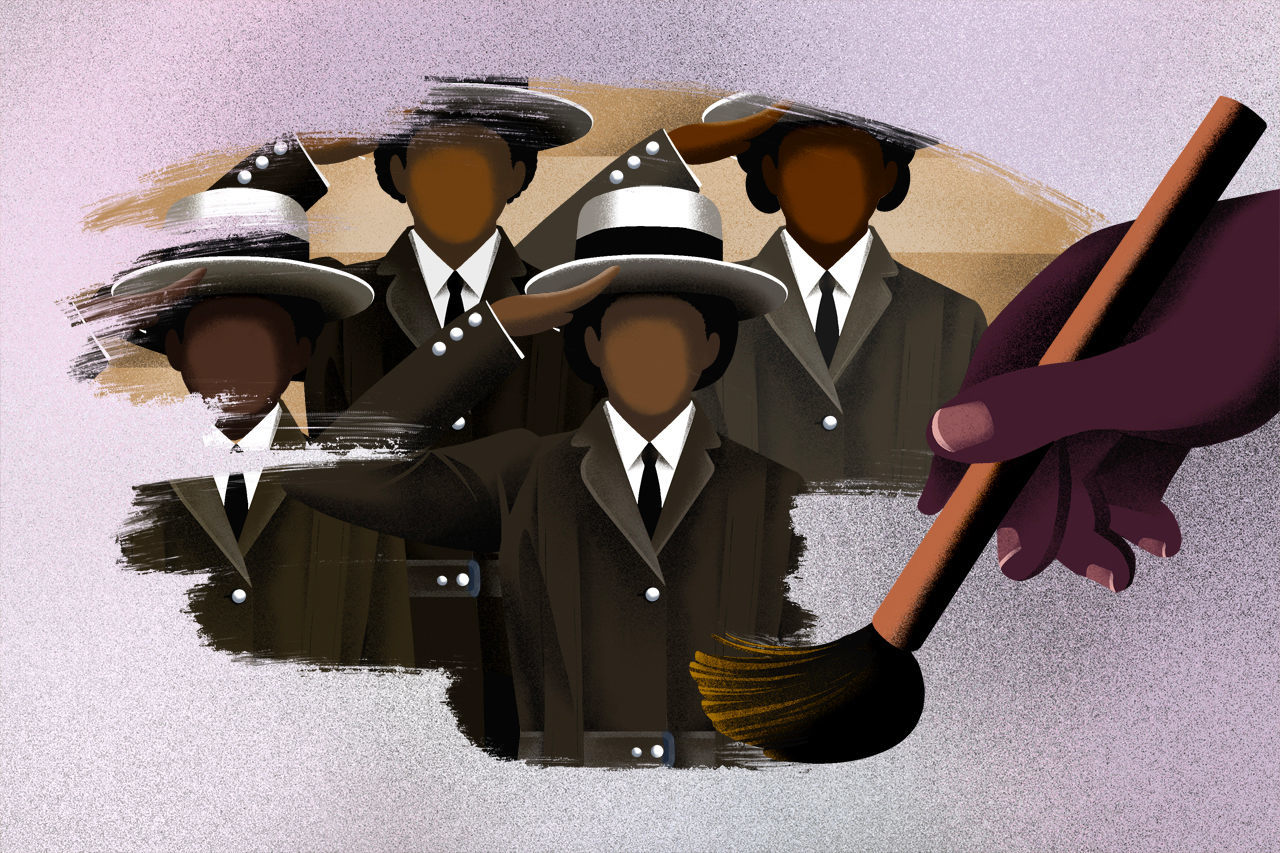 Researchers and descendants are working to dust off the stories of the Golden Fourteen.

The Hidden History of First Black Women to Serve in WWI U.S. Navy

By Giulia Heyward
via the Atlas Obscura web site

When Jerri Bell first wrote about the Golden Fourteen, their story only took up a sentence. These 14 Black women were the first to serve in the U.S. Navy, and Bell, a former naval officer and historian with the Veteran’s Writing Project, included them in a book about women’s contributions in every American war, co-written with a former Marine. But even after the book was published, Bell couldn’t get their story out of her head.

“It made me kind of mad,” Bell says. “Here are these women, and they were the first! But I think there was also a general attitude at the time that the accomplishments of women were not a big deal. Women were not going to brag.”

Bell was one of a few researchers who have been able to track down documents that acknowledge the lives and work of these Black women. She knew that during World War I, the Fourteen had somehow found employment in the muster roll unit of the U.S. Navy in Washington, D.C., under officer John T. Risher. One was Risher’s sister-in-law and distant cousin, Armelda Hattie Greene.

The Golden Fourteen worked as yeomen and were tasked with handling administrative and clerical work. They had access to official military records, including the work assignments and locations of sailors. At the time, Black men who enlisted in the Navy could only work as messmen, stewards, or in the engine room, shoveling coal into the furnace. They performed menial labor and weren’t given opportunities to rise in rank.