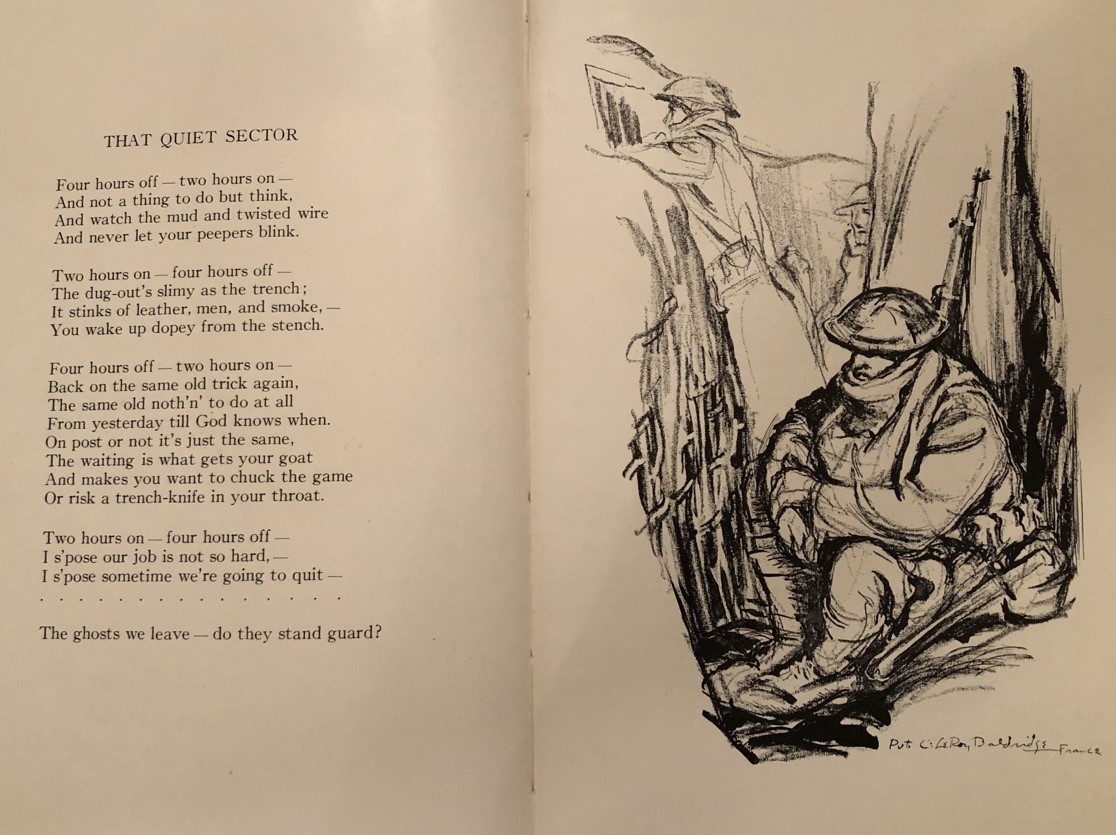 A page from the new book International Poetry of the First World War: An Anthology of Lost Voice, edited by Connie Ruzich.

“Here is poetry’s abundance in the face of horror”

I’ve always loved browsing used bookstores: the beauty of decorated book spines, the smell of well-loved volumes, and the surprise of finding a treasure you didn’t know you were searching for. In 2014, I was granted a Fulbright Scholar award to live in England and research the ways in which poetry was being used in commemorations of the First World War. 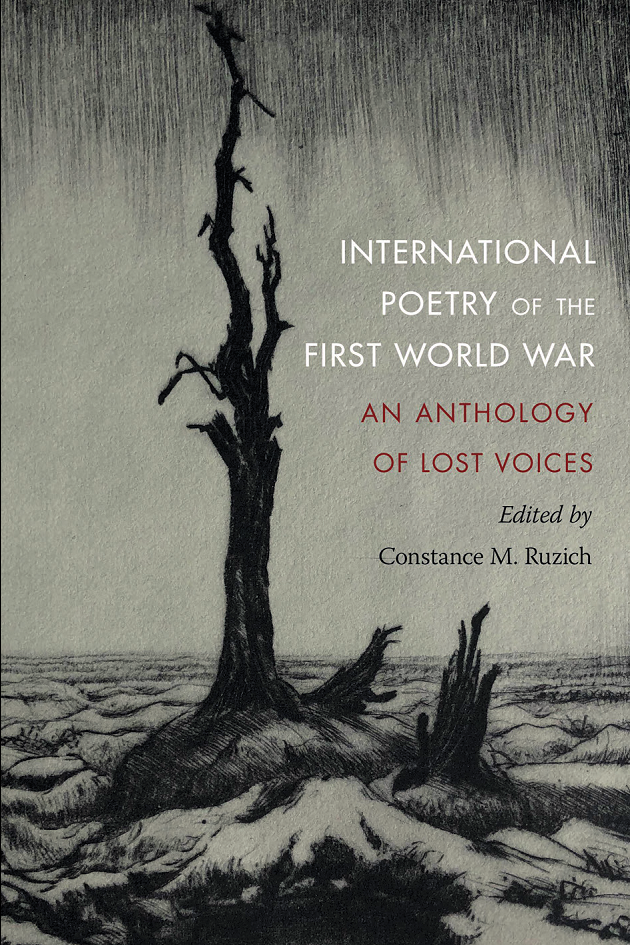 In my free time, I visited second-hand bookshops and developed a passion for volumes of poetry published during the war. Although these one-hundred-year-old books were often dirty and tattered, their poems were alive with the voices of ordinary soldiers, nurses, and sweethearts from a century ago.

I began to collect these lost poems and share them on a blog I’d created, Behind Their Lines (endorsed by the USWW1CC). After six years, 250 posted poems, and over 500,00 views, the research from the blog has been extensively revised and published as a book: International Poetry of the First World War: An Anthology of Lost Voices. One reviewer has described the collection as “an astonishing feat of literary archaeology… [that] cuts through the smoke and noise of the First World War to present us with poems that have been hidden in history's unforgiving mud for far too long…. Here is poetry's abundance in the face of horror.”

For me, the most important part of the journey has been rediscovering and sharing these lost voices, for they show us that there was no single representative experience of the First World War, nor was there a typical response to the conflict. This new anthology is not intended to challenge the value of previous anthologies, the poets, or their work, but rather to supplement the familiar poetry of the war and to provide a richer understanding not only of war poetry, but of the war itself.

The most famous poems of the war are those written by British soldiers who fought in the trenches of the Western Front, writers such as Siegfried Sassoon, Edward Thomas, and Wilfred Owen. But some of the most haunting poems I discovered were written by Americans: the loneliness of John Allan Wyeth’s “The Transport,” written aboard a ship sailing for France by a soldier who served with the 33rd Division of the A.E.F.; the power of Mary Borden’s “Song of the Mud,” in which an American nurse describes “the vast liquid grave of our armies”; the tragedy of Gladys Cromwell’s “The Extra,” written by an American nurse volunteer who was overwhelmed by the trauma she witnessed in France and who took her own life; or the devotion expressed in John Hunter Wickersham’s “The Raindrops on Your Old Tin Hat,” the poem written by this Congressional Medal of Honor recipient the night before he led his men over the top at the Battle of St. Mihiel.

There is much to learn from reading histories of the First World War, but we should also read the poetry of the war. Although poetry may be ill-suited for understanding military strategy, logistics, and vast troop movements, it compellingly humanizes the experience of war. When we read war poetry, we encounter intimate views of war and destruction that can be otherwise too immense to grasp.

The poetry of World War I was written and read by the common men and women of that time to make sense of a world turned upside down. These poems acknowledge the stark irony of the apocryphal quotation often attributed to Stalin, “One man’s death is a tragedy; a million deaths is a statistic.” War poems provide readers with immersive experiences that draw us out of ourselves and link us with others’ worlds. One hundred years after it was written, the lines of Amy Lowell’s poem “September 1918,” reach across time and speak to us in our own age of anxiety: 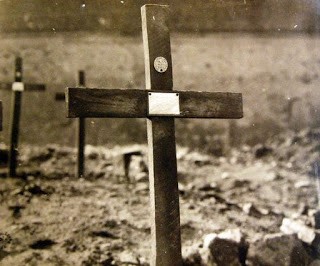 Some day there will be no war,
Then I shall take out this afternoon
And turn it in my fingers,
And remark the sweet taste of it upon my palate,
And note the crisp variety of its flights of leaves.
To-day I can only gather it
And put it into my lunch-box,
For I have time for nothing
But the endeavour to balance myself
Upon a broken world.*

Writing and editing this anthology has been a rich adventure, and it is my hope that readers will encounter the same pleasures of serendipitous discovery, finding new and meaningful voices, histories, and poems in this collection. 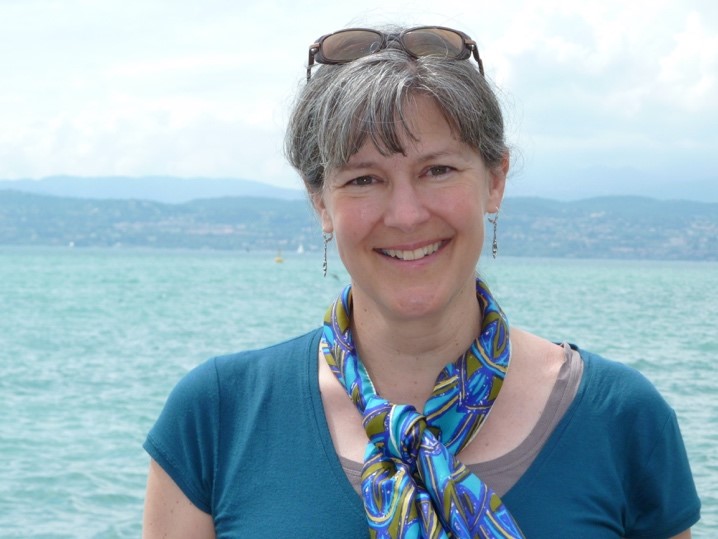