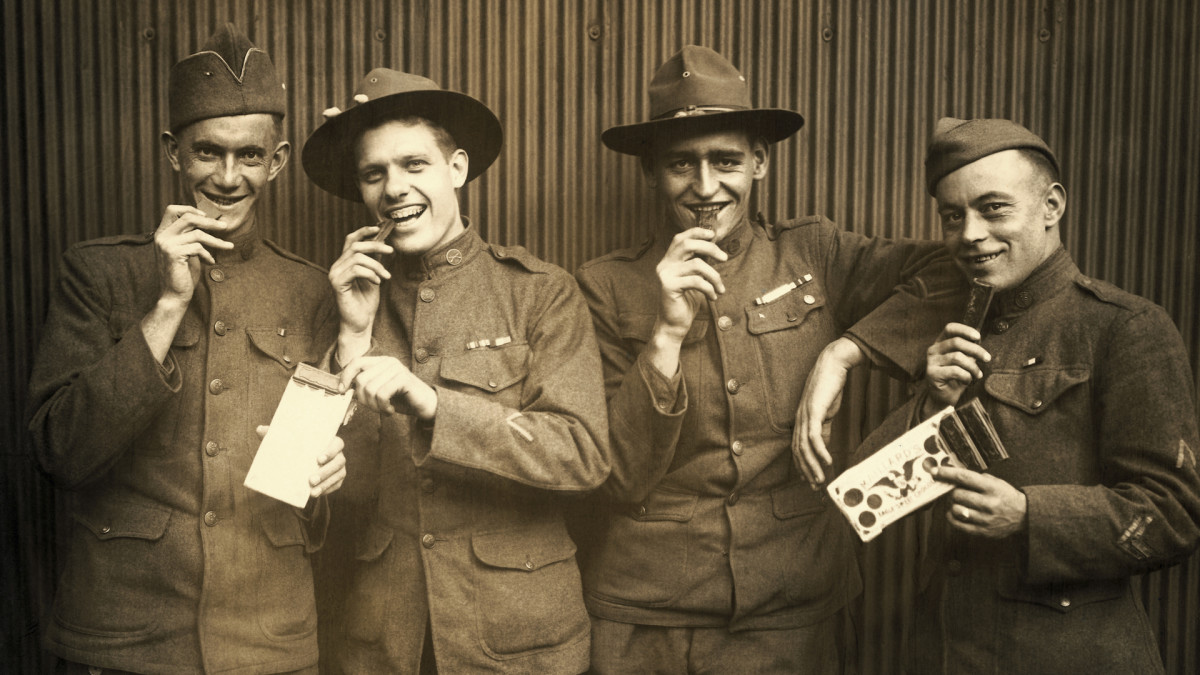 Why the Candy Bar Market Exploded After World War I

By Jessica Pearce Rotondi
via the History.com web site

Candy bars may seem quintessentially American, but they have origins in the World War I chocolate rations given to European soldiers. The American military followed suit, helping its doughboys develop a sweet tooth they would bring home after the war. Throughout the 1920s, thousands of small, regional confectioners emerged to meet the demand, creating a candy boom brimming with catchily named bars based on popular expressions, pop culture icons and even dance crazes. (Hello, Charleston Chew.) The goal of the most ambitious new sweets makers? To take a bite out of a candy business dominated by Hershey’s, the planet’s biggest chocolate maker.

The Military History of Chocolate

In the earliest decades of the United States, candy was quickly recognized not just as a sweet treat, but as a valuable way to fuel troops. During the Revolutionary War, chocolate, a favorite treat of George Washington, became part of his soldier’s rations. It was prized for its combined kick of caffeine and sugar; it even served as occasional payment to American troops in lieu of money. Candy also played a role in the Civil War, used as “a provision with quick energy and lots of sugar,” says Steve Almond, author of Candyfreak: A Journey through the Chocolate Underbelly of America.

While the first chocolate bar was created by Joseph Fry in Great Britain in 1847, and Cadbury began selling individual boxes of chocolate candies there as early as 1868, it would take the outbreak of war on a global scale for the chocolate candy bar to really take off.