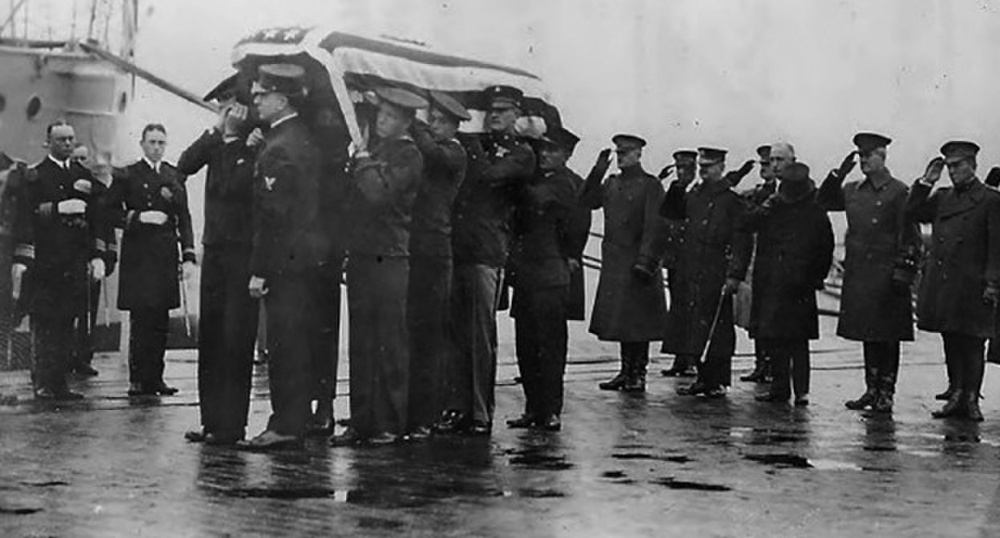 Joint service pallbearers carry the Unknown Soldier remains of World War I from the USS Olympia to a horse-drawn caisson to transport the body to the U.S. Capitol in Washington, D.C., November 9, 1921. Among the saluting officers is Gen. John Pershing, who commanded the American Expeditionary Forces. New York Army National Guard Maj. Hamilton Fish, who served as commander of Company K, 369th Infantry Regiment, nicknamed the “Harlem Hellfighters,” an all-black unit of the New York National Guard, introduced the federal resolution in December 1920 as a U.S. Congressman to create an Unknown Soldier memorial on November 11, 1921. Courtesy photo.

NY National Guardsman Led Fight for Tomb of the Unknown

LATHAM, N.Y. – The United States has a Tomb of the Unknown Soldiers today because a New York National Guard Major and freshman Congressman thought it was necessary 100 years ago. 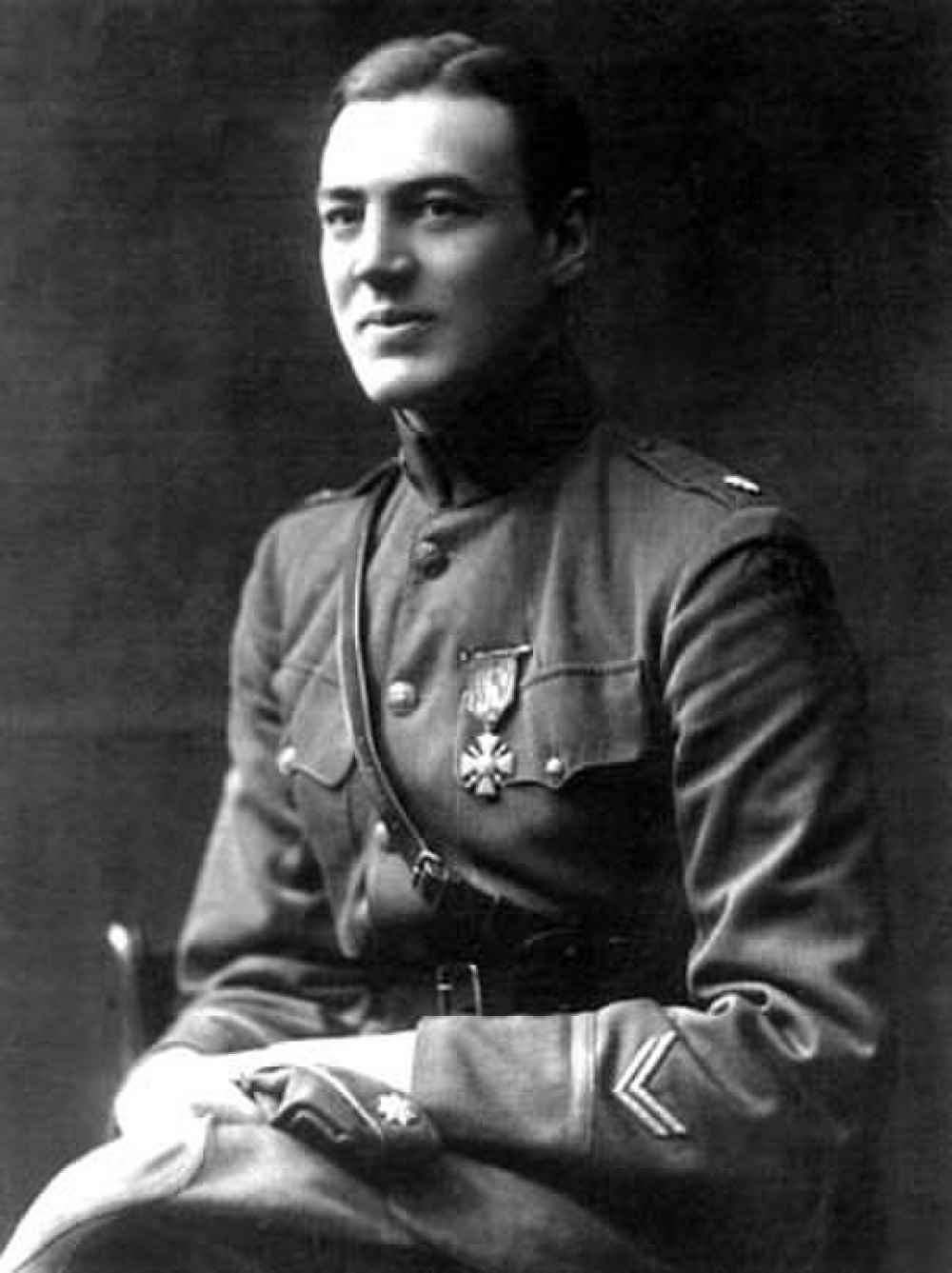 New York Army National Guard Maj. Hamilton Fish, in an undated 1919 photo from World War I. Fish served as commander of Company K, 369th Infantry Regiment, nicknamed the “Harlem Hellfighters,” an all-black unit of the New York National Guard. After the war, Fish was elected to Congress in 1920 from New York and introduced the resolution to create an Unknown Soldier memorial. Courtesy photo.Hamilton Fish III was a 32-year old lawyer with a Harvard degree who could trace his roots back to the last Dutch governor of New Amsterdam, the original settlers of Connecticut, and the first Adjutant General of New York when he ran for Congress in 1920.

He was a progressive Republican member of the New York State Assembly before World War I and signed on to serve as a company commander in the 15th New York Infantry (Colored) of the New York National Guard.

When war came, he led Company K of what became known as the 369th Infantry Regiment, which went down in history as the Harlem Hellfighters.
He earned a Silver Star, and the French War Cross. He took the medals and his famous name and ran for Congress from the Hudson Valley.

The British and French had interred unknown Soldiers with great ceremony on November 11, 1920 to commemorate the 908,000 deaths sustained by the British Empire and the 1.3 million French dead.

The purpose, according to Fish, was “to bring home the body of an unknown American warrior who in himself represents no section, creed, or race in the late war and who typifies, moreover, the soul of America and the supreme sacrifice of her heroic dead.”

“There should be no distinction whatever either in the matter of rank, color or wealth,” Fish said. “This man is the unknown American Soldier killed on the battlefields of France.”

Fish introduced Public Resolution 67 of the 66th Congress on December 21, 1920 to do just that.

The resolution called for the return to the United States of the remains of an unknown American Soldier killed in France during World War I. Those remains were to be interred at the Memorial Amphitheater in Arlington National Cemetery.

America’s war dead had been buried in France near where they fell in combat. At the close of the war families were given the option of having the remains returned or interred in American cemeteries being built in France.

There was a precedent for these Soldier cemeteries in the 108 national cemeteries built to inter the remains of Civil War Soldiers and veterans since 1862. There was no precedent to honor a single Soldier.

Read the entire article on the DIVIDS web site.