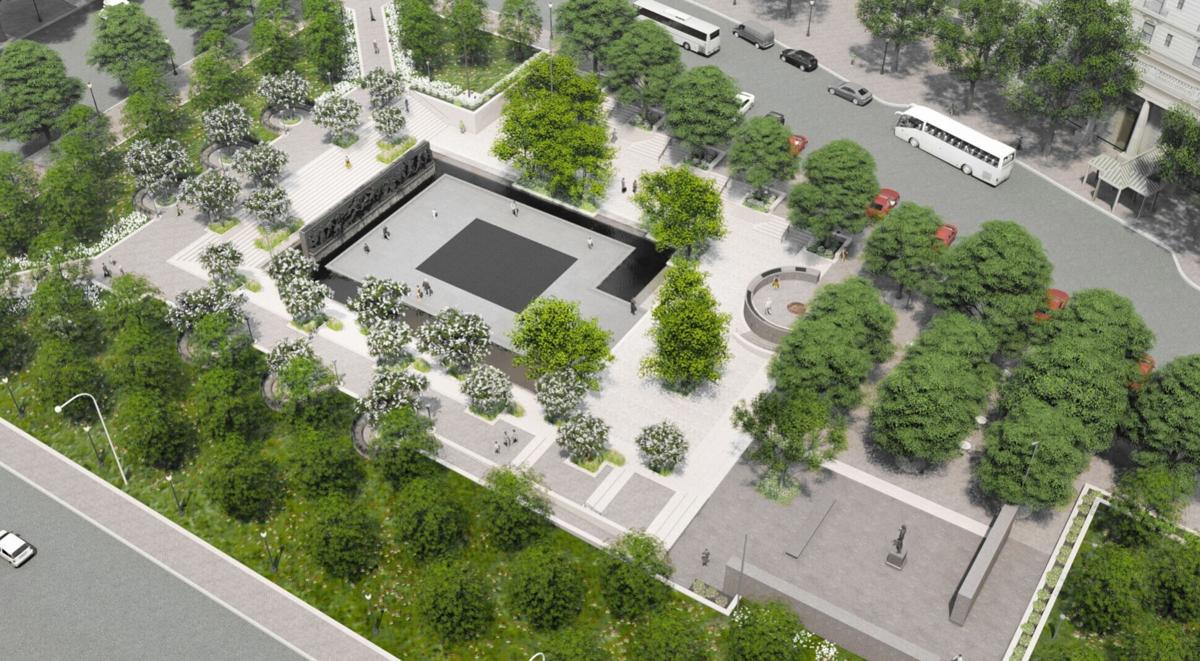 Artist's rendering of what the new national World War I Memorial in Washington, DC will look like at daytime when completed.

Joe Weishaar was a 25-year-old designer seeking to become an architect and working in a Chicago architectural firm when he entered a contest to design the planned World War I Memorial in Washington. 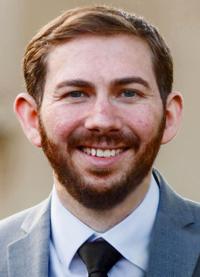 Joe WeishaarSix years later, the Decatur resident is the lead architect for the $42 million project, which opens with a private event April 16 and to the public the following day. He won in a pool of 365 entries from 22 countries.

“Before this process, I didn’t know anything about World War I. I had no ties, no connections. For me it’s entirely been a learning experience,” said Weishaar, who has no known relatives who fought in the war. “It’s really incredible, not just for me but it should be pretty incredible for the country as a whole. To build a memorial 101 years after the event that it commemorates, that sort of thing just doesn’t happen.

“You normally build a memorial right after, and in a lot of ways this became a forgotten war. To build something that has a lasting tribute to the men and women who served in that conflict shows it still matters.”

The private opening event will include a first colors ceremony in which a flag that has been flown over the U.S. Capitol and nine WWI battlefield cemeteries in Europe in the last three years. Hosted by award-winning actor and humanitarian Gary Sinise, the program is co-sponsored by the United States World War I Centennial Commission, the Doughboy Foundation, the National Park Service and the American Battle Monuments Commission.

It will commemorate America's role in the war and include military fanfare, musical performances and guest appearances by veterans and others from across the country.

The memorial is located inside the 1.8-acre Pershing Park, which sits on Pennsylvania Avenue by the southeast gates to the White House and is close to the Washington Monument and the Smithsonian. It’s the main/passion project of the World War I Centennial Commission, which was created by Congress in 2013 to plan, develop and execute nationwide programs focused on celebrating the 100-year anniversary of the war.

The memorial is paid for through private donations, an effort led by the commission’s fundraising arm, the Doughboy Foundation, which was named after the nickname given to U.S. infantrymen during the war. The commission will shut down once the memorial opens.

After winning the contest, Weishaar was the project’s lead designer until getting his architect’s license in October 2019 and being promoted to lead architect. He’s working with GWWO Architects, the memorial’s firm of record; landscape architect David Rubin and sculptor Sabin Howard.

The memorial will include a 58-foot, 3-inch-long sculpture of soldiers in action that is the largest freestanding bronze high-relief sculpture in the Western Hemisphere. But it won’t be installed until 2024, so in the mean time, Weishaar said, the memorial will have a temporary screen showing the final sketch of Howard’s sculpture design.

Edwin Fountain, who served as the commission’s vice chair until a year and a half ago but is still involved with the memorial project, said the organization wanted to make the design competition a global one because of all the countries involved in the war.

Read the entire article on the Rome News-Tribune web site.