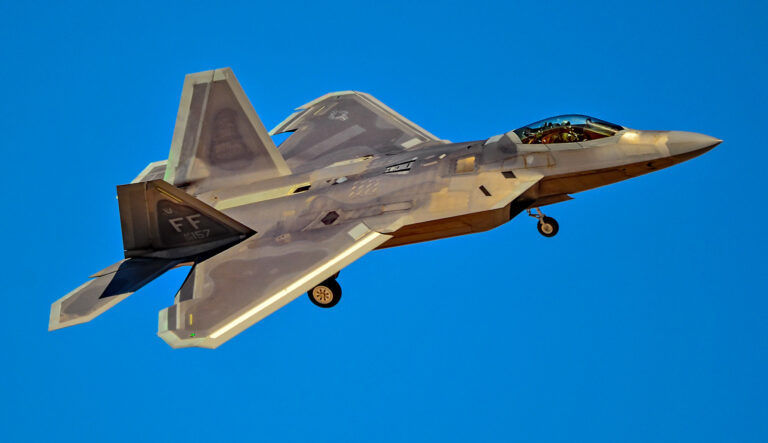 By Margaret Barthel
via the dcist.com (DC) web site

You may have looked up at the sky a few minutes ago and thought: Okay, that one wasn’t a helicopter.

And you were right. The loud sound heard overhead around D.C. shortly after 11 a.m. was a flyover from some fighter jets, part of the dedication of the new National World War I Memorial in D.C. 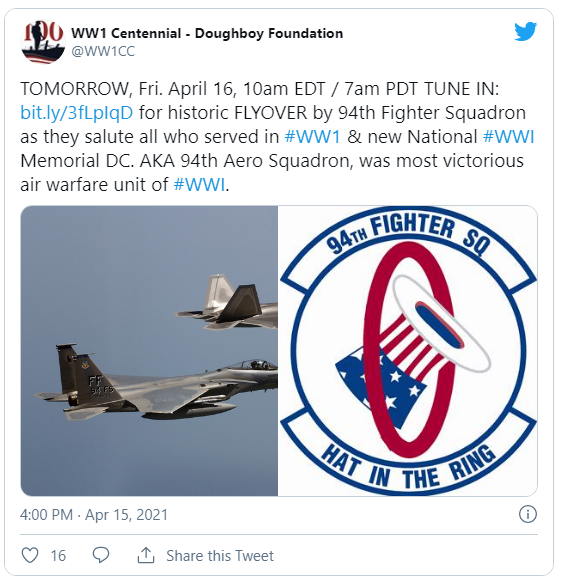 The jets were part of a live broadcast ceremony meant to commemorate the sacrifices of the “4.7 million Americans [who] sent their sons and daughters off to fight a war that would change the world,” according to a press release from the World War I Centennial Commission. Besides the flyover, officials also unveiled an American flag first flown in D.C. on April 6, 2017, the centennial of the United States’ entrance into World War I. Since then, the flag has been on tour, flying over American battlefield cemeteries in Europe. It will now be a permanent fixture at the World War I memorial on the National Mall.

The flyover was close to the White House, where the daily press briefing was, for once, drowned out.

Read the entire article on the dcist.com web site here: