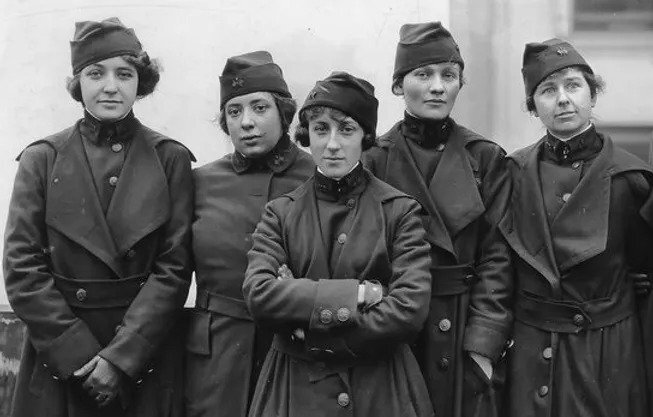 “The Hello Girls,” a musical about America’s first female soldiers in World War I, was developed in Johnson City and performed at the opening of the National World War I memorial in Washington, D.C.

On April 16, the World War I Memorial site in Pershing Park, Washington, D.C., was unveiled in a livestreamed ceremony of the Inaugural Raising of the Flag. The event covered the history of World War I and included numerous speakers whose family members served in the war. Viewers learned about the “Doughboys,” the “Hello Girls” and other veterans who gave their service to the country. The Binghamton community played a role in this, as a song about the “Hello Girls,” which was written in Johnson City, was performed at the ceremony.

A number from Peter Mills and Cara Reichel’s musical “The Hello Girls,” was presented in the livestream. The song, “Making History,” details some of the efforts made by the “Hello Girls” during and after World War I. Naima Kradjian, chief executive officer of Goodwill Theatre Inc., a nonprofit organization restoring the Goodwill Theatre in Johnson City, spoke of the cooperation between the Goodwill Theatre, the Schorr Family Firehouse Stage in Johnson City and the Prospect Theater Company in New York City.

“We had been partnering with the director Cara Reichel since 2007, and she is the director and also the lyricist for ‘The Hello Girls,‘“ Kradjian said. “Around 2015 we started to partner directly with Prospect Theater Company. And then in 2018, she contacted us and [Reichel] wanted to see about bringing ‘The Hello Girls’ up for them to do a staged reading and work out some problems they were having.”

Kradjian said that Reichel and Mills wrote one of “The Hello Girls” songs while traveling to Johnson City and the cast came to Johnson City for a week where they worked on and performed a staged reading of the first act and part of the second act of “The Hello Girls” at the Firehouse Stage. The musical was performed as a part of the American Society of Composers, Authors and Publishers’ (ASCAP) Musical Theater Week at The Kennedy Center in 2019 and the Prospect Theater Company’s IGNITE Series concert at the Peter Jay Sharpe Theater at Symphony Space in 2020. Kradjian said that these events helped raise money for building a World War I monument.

“The [World War I Centennial Commission] and [The Doughboy Foundation] got in touch with Reichel and Mills,” Kradjian said. “They were looking for ways to get people to think about [World War I]. They did a Kennedy Center tribute, a concert version [and] some performances during Fleet Week for the head of the Navy, and then they were asked to do this which is quite an honor.”

“It’s pretty amazing to have something created in our space that is then in the nation’s capital, paying honor at such a prestigious event,” Kradjian said. “I’m so proud that it’s part of a national conversation. Something that was performed, that song [‘Making History’] was performed, for the very first time in front of people in our space.”