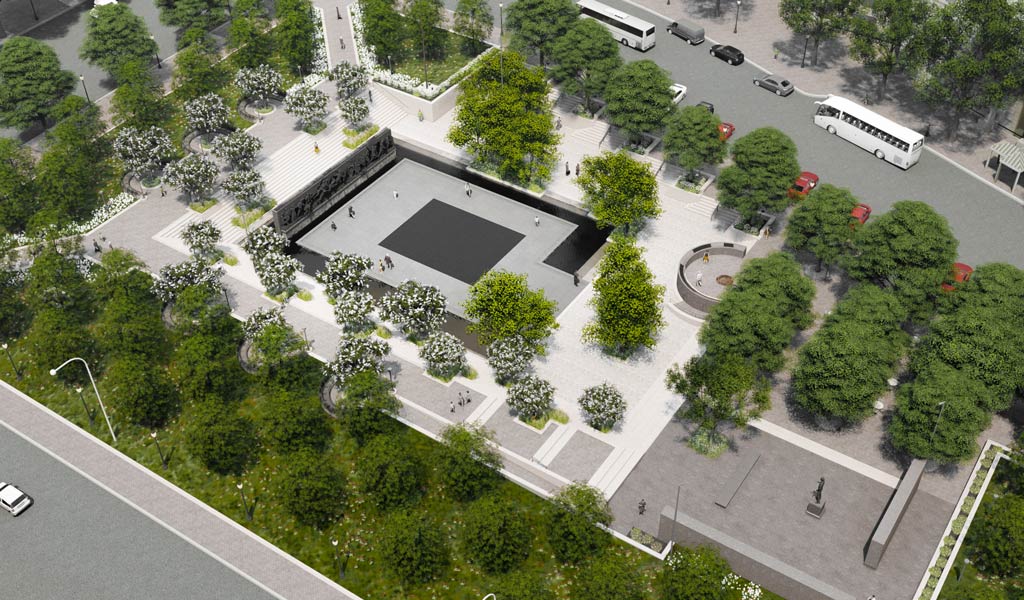 Washington, DC’s first World War I Memorial celebrated its grand opening today with a live-broadcast First Colors Ceremony. The United States World War I Centennial Commission, the Doughboy Foundation, the National Parks Service, and the American Battle Monuments Commission gathered together virtually with people across the Nation to watch the historic inaugural raising of the American Flag at a site dedicated to honor the service of 4.7 million World War I Veterans. This 75-minute program, led by award-winning actor and humanitarian Gary Sinise, featured military fanfare, musical performances, and guest appearances from military leads and elected officials.

As the first World War I Memorial to exist in the Nation’s Capital, the new site provides a dynamic urban space that educates and inspires Americans about this significant event in history. Located on 1.8 acres adjacent to the White House South Lawn with views of the Washington Monument and National Mall, a reflection pool and 60-foot-long by 10-foot-high bronze sculpture serves as the centerpiece of the park. This urban park will provide space for reflection and commemoration, in addition to connectivity to the larger network of nearby memorials and monuments.

The project commenced in 2015 when the World War I Centennial Commission hosted an international design competition. With more than 350 submissions, lead designer, Joe Weishaar, and sculptor, Sabin Howard, were selected as the winners. As a teaming partner to Baltimore-based GWWO Architects, VHB provided site engineering for the project that included a stormwater management solution that will collect harvested rainwater for irrigation of all new plantings associated with the new memorial, while also reducing stormwater runoff.

“VHB was honored to play a part in this long overdue project for our Nation’s Capital,” said Jim Long, Chief Civil Engineer with VHB. “Like so many across our Nation, I have a direct personal connection to World War I through my Grandfather and Uncle who served. Participating on this project allowed me to play a role in creating a space for many like me who want to pay tribute to this historic event. This urban park’s location in an iconic part of Washington will provide a space to reflect, mourn, and celebrate those who represented and sacrificed so much over one hundred years ago to protect and honor the America we know today.”