Architect and Sculptor, Architecture and Sculpture come together for World War One Memorial

WASHINGTON, DC -- On January 26, the World War One Centennial Commission was proud to announce that The Weight of Sacrifice had been selected as the design concept of the new World War One Memorial in Washington, DC. An elegantly simple yet bold vision for a living memorial as a public park, The Weight of Sacrifice was formed through an unlikely partnership between a novice architect and an experienced sculptor. Unlike other works, where sculpture acts only to adorn the facade of a building, the design incorporates sculpture as foundational to the architecture of the space—a relationship where both form and artist are enhanced by the other medium. 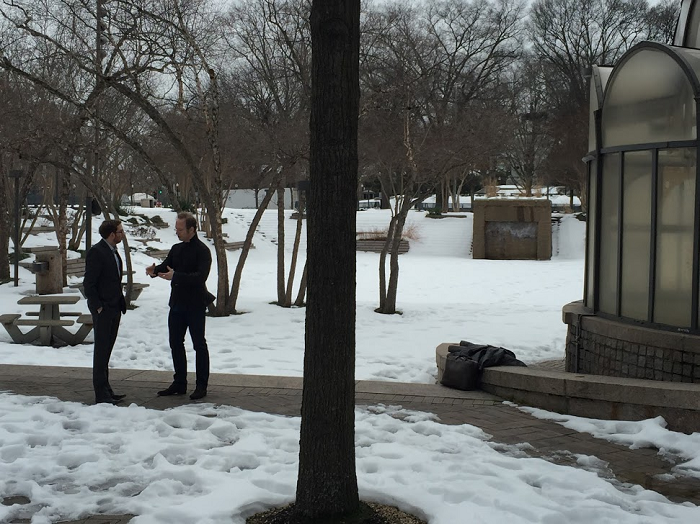 Joe Weishaar, the 25 year old architect for the new memorial, was working as an intern at an architecture firm in Chicago when he heard about the open design competition hosted by the World War One Centennial Commission. “It was a very modern firm, and I knew that they wouldn’t want to have any part of this,” Joe recalled. Undeterred, Joe began running a covert design operation in the most unlikely of places: his bedroom closet. “That became my office for about four months while I worked on the original design.” Cramped spaces and dirty laundry, however, weren’t the only difficulties Joe had to contend with. Joe had never been to Washington DC when he began designing what will become the newest addition to a city resplendent with memorials and iconic sites.

“Google, Bing, old historic photographs, pictures from the 1960’s, the 1920’s, newscasts at the site, just trying to get as many visual clues as I could of the site” Joe remembers with a laugh, “and I think that looking at older photographs of DC played into helping create something that had a timeless quality to it.” Joe’s design, The Weight of Sacrifice, called for an elevated park to replace the sunken concrete pit currently in Pershing Park, a leafy open space for visitors to enjoy. That park would then be supported and framed by bronze reliefs depicting scenes from the war, an allusion to the great sacrifice that provides for peaceful public space to exist.

(Imagery of and information about The Weight of Sacrifice can be found here: http://www.ww1cc.org/selection)

In the first round of competition, The Weight of Sacrifice was just one of over 360 designs submitted. “I was totally shocked when I got the call that I had been shortlisted... there were some other really great designs” says Joe. This decision thrust Joe into an unknown world of frantic preparation to evolve his design for the next round of the competition. Joe knew that he needed to get a great sculptor on board, as sculpture was such an integral part of the architectural design: “I had a list of about 3 or 4 sculptors, but when I saw Sabin’s work, I immediately threw the list out.”


Sabin Howard, a sculptor of classical design with over 30 years of experience, remembers getting the email from the young architect-in-training. “I got this very polite email, and he urged me to create a partnership with him.” It was this idea of a partnership between architect and sculptor that Sabin found appealing. According to Sabin, “this would not have happened if we didn’t have that formula- with other architects, they’re going to want to make the sculpture fit the architecture. With Joe, the sculpture project evolved in sync with the landscaping and architecture, and became equal to the architecture.” The two met in mid-October, and began to hash out ideas for the next iteration of the design. Coincidentally, Sabin had been a part of a team that had submitted a classical design during the open competition, which called for a sculpture called “Brothers in Arms,” which depicted one soldier supporting his brother. Strains of that design, which emphasized the humanity of the American soldier over elevating the glory of victory or the tragedy of war, found their way into the second stage of The Weight of Sacrifice. 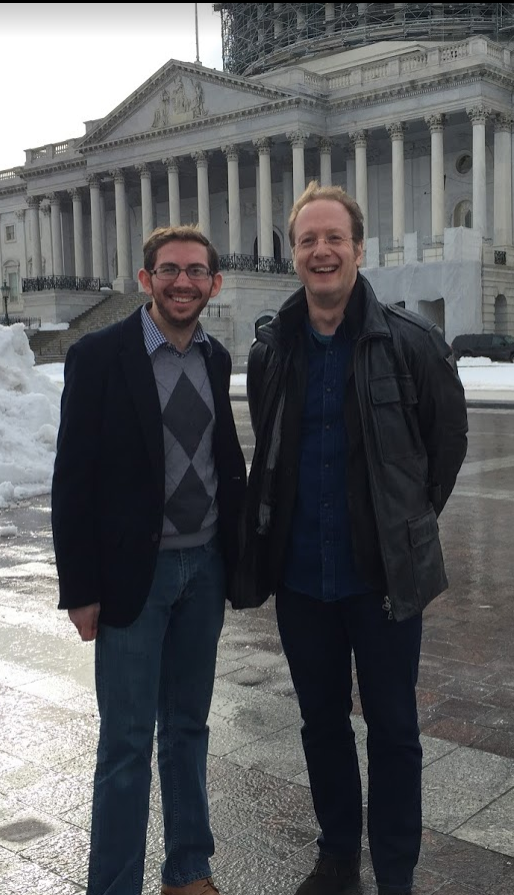 Central to the design of the park is “The Wall of Remembrance,” an 81’ long high relief sculpture along the eastern and highest edge of the raised park. The relief comprises three different scenes, creating, as Joe says, “a visual narrative, a processional of time- the US before, during, and after the war.” The focus of the narrative became, however, not on the war itself, but the men and women who so bravely, went, fought, and came home. “Each composition aims to glorify acts of humanity,” states the design overview, “rather than glorifying acts of war.” Nurses and soldiers mingle with background elements of horses and airplanes, accentuating the dichotomies of old and new, charity and sacrifice that embodied the First World War. One of the most humanizing aspects of the artwork, however, is not the content of the reliefs, but rather their relationship and physical position to the observer.

Many of the memorials and monuments around Washington pay homage to the “Great Man” idea of memorialization; massive figures such as Abraham Lincoln dwarf visitors, while the pedestals of more life-size statues elevate their honoree, both figuratively and literally, above the common man. Just across the street from the future memorial, the pedestal of the Sherman Monument places the Civil War general over 25 feet above visitors. “It’s intimidating,” says Sabin, “you have distance between the observer and the sculpture.” With The Weight of Sacrifice, the designers intended to bring that honor down to a human level, with ground-level bronze reliefs: “Here, we’re putting the human being right in front of the sculpture, so that it can be touched and felt, creating an experiential work of art, which in it’s own way celebrates the humanity of the war.” This design, says Sabin, merges classical design with a more modern relationship between art and observer: “I’m redesigning using elements of art that are age old... we’re taking the Parthenon [Frieze] down from the pediment and we’re placing it in front of the visitor.” Indeed, even General Pershing himself is brought into a closer relationship with visitors. A statue of the general in the current, erected in 1983, will be lowered on its pedestal by about two feet, creating what Joe calls a “dialogue with the people and with the soldiers [depicted in the relief].” Sabin is quick to point out that this leveling between observer and subject is not meant to pedestrianize the honor and sacrifice of Americans in World War One: “We don’t want to put this stuff so that it’s not elevated into the art realm. It’s more accessible, what we’re doing. That’s why the figures are still going to be 7 or 8 feet in height, and elevated about a foot off the ground.”

The close relationship between observer and art was born out of the close relationship between sculptor and architect, as Joe’s overall design for the park gives easy access to Sabin’s art. As it would turn out, the design was the easy part. Joe and Sabin knew that they would also have to present themselves to the jury as a team that could not only work with each other, but also with the commission. “What we had to convey [to the jury] was that we were a professional team, and that we could pull off the project- that felt like 75% of it,” says Joe. Clearly, the design jury thought that not only could they work together, but also that they could work with the commission, and the jury voted unanimously to recommend The Weight of Sacrifice to the commission.

When asked about their feelings on being selected, both Joe and Sabin give a similar answer. “It’d would have been relief either way,” says Sabin, “relief that we had won, or relief that this hugely intensive process was over.” For these two talented artists, this intensive project will extend for at least the next two years, but despite the huge work ahead of them, Sabin and Joe are honored to take on the challenge of creating the memorial. “It’s a huge project, just huge,” says Sabin, “because of it’s scale, because of its visibility, but mostly because of it’s importance, there’s just nothing else like it... you have to get it right on your first shot -- you don’t get to go back and start over.”

The National World War I Memorial in Washington DC will be built entirely by private donations. Please donate today to honor the memory of almost 5 million American men and women who answered the nation’s call, but still do not have a place in the nation’s capital.