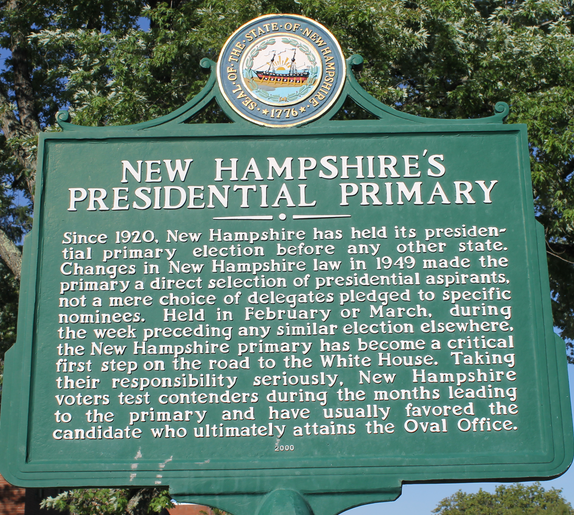 On February 8, 2016 voters in New Hampshire elevated outsider candidates to leading positions in the presidential race, despite objections from some in their party’s establishment. This was not the first time the New Hampshire primary has resulted in a dichotomy between party leaders and party voters; in fact, the design of the primary contest is to empower rank and file party members in the nominating process.

candidates, Progressives at the beginning of the 20th century began adopting the presidential primary as a way to gauge the sentiment of voters rather than political bosses. In 1916, New Hampshire hosted its first presidential primary, the results of which would be echoed exactly 100 years later.

The concerns of voters in 1916 were very similar to those of 2016. Events abroad and fears at home had polarized voters into two camps: stay the course, or undergo radical change. President Wilson, running for reelection on the Democratic ticket, ran almost unopposed on the popular slogan “He kept us out of the war,” a testament to the popularity of maintaining American neutrality during WWI. 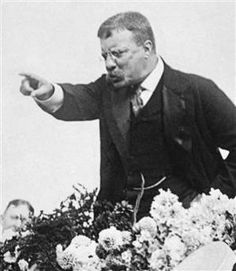 On the Republican side, selecting an opponent for Wilson became a boisterous affair. Jingos and warhawks, seen as on the fringes of the general public, began to dominate the Republican field, and no one was more hawkish than former president Theodore Roosevelt. Since the outbreak of war in 1914, Roosevelt had consistently lobbied for American involvement, going so far as to request to personally raise and command a division of soldiers. Elihu Root, Roosevelt’s former Secretary of War and a fellow contender for the Republican nomination, added his voice to the criticism of Wilson’s path. “No man should draw a pistol who dares not shoot,” Root said in a speech to the Republican state convention in New York, “Our diplomacy has lost its authority and influence because we have been brave in words and irresolute in action.” Republican leaders saw the overwhelming popularity of neutrality, but nonetheless, Theodore Roosevelt won the first New Hampshire primary, being the only candidate to gain the support of state delegates (the process has since become more democratic). 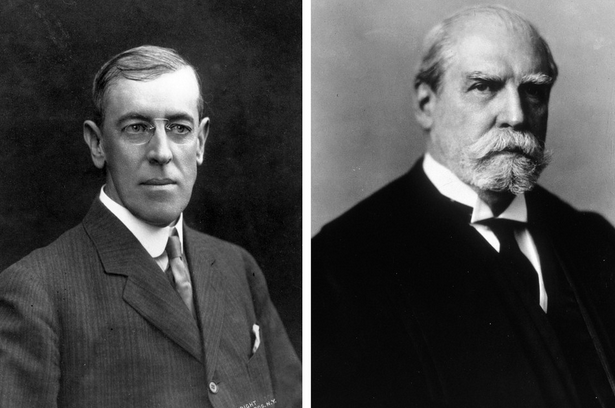 The Republican leadership, worried that Roosevelt’s radical warmongering would once again split the party, as he had in 1912, debated foregoing the results of New Hampshire and supporting Root as a compromise candidate. “The speech of Senator Root at the convention last night,” said one of the Republican leaders, “has dissipated the notion that the Republican party, in picking a candidate for President, would be compelled to choose between Colonel Roosevelt and Justice Hughes.”

In the end, however, Republican leaders chose to tread moderately on the issue of the war. They selected Supreme Court Justice Charles Evans Hughes, who downplayed the war during the campaign, and focused more on domestic issues. As much as the Republican party moved to the center in 1916, they could not save their ticket; the nation decided to stay the course with President Wilson, though that course, too, would eventually lead Americans into the trenches of Europe.