WHY THESE MEMORIALS MATTER

The "Great War" was a world-wide conflagration fought 100 years ago and which took an estimated 17 million lives. World War I is in many ways America’s forgotten war. That is ironic, because the experience shaped the world we navigate today. Not just the world of diplomats and scholars, but the lives of common, every day Americans. 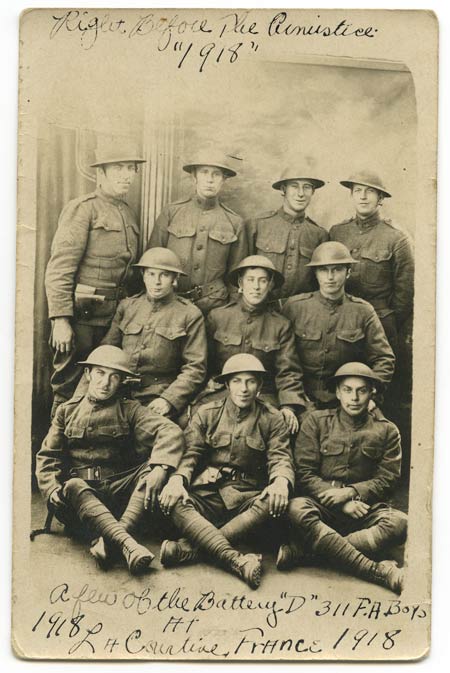 World War I profoundly and permanently shaped the American national character – a character that each of us is called upon to steward daily.

As war raged across Europe and around the world, Americans were determined to stay neutral, but as the barbarity and destruction mounted, sentiment began to change. We distrusted militarism, championed self-determination for all peoples, and were passionate about democracy. Intervening for these American principles, and ensuring them for the world’s future, began to feel more and more like a duty – a duty felt not just by those in power, but by common Americans.

The war brought a new sense of self for America – the dawning acceptance that there were principles worth defending, even at the cost of intervening outside our own borders and spilling the blood of American boys. We took our early, brave steps as a nation that forever after would stand up proactively on the world stage – not just for America, but for distinctly American principles: democracy, capitalism, personal liberty and human rights. That commitment – born in World War I -- has continued to shape our country, our people and the world ever since.

The World War I Centennial will cause Americans to stop and think about these effects and the brave men and women who brought them about. As we do so, we will feel closer to our ancestors – and thereby better understand ourselves. We will be wiser observers of the world – and better understand what it means to be American. We will be more in touch with our past – and better equipped to weigh our pressing choices about our future, both as individuals and as an American nation.

Our opportunity goes much farther than simply dusting off the history of a long-ago war; our opportunity is to use this “teachable moment” to strengthen our nation, and we owe it to future generations to do so.

America’s war experience – and how it impacts us today

In 1914, Europe was the economic and cultural epicenter of the world. The world that emerged from the destruction in 1918 would never be the same – and neither would the United States. Indeed, the “American Century” began on the war-torn fields of France.

Entering the trenches alongside the exhausted Allied armies, 2 million fresh-faced American troops brought with them an infectious idealism and energy. Their participation was short, intense and costly. The American army suffered 375,000 casualties and 116,516 deaths in less than a year on the front line -- a casualty rate double that of World War II. More Americans died in those few months in France than in three years in Korea and eight years in Vietnam -- combined. 200,000 more came home wounded and maimed. But their contributions to the war drove the Germans to desperation and the Allies to victory.

If America’s entry changed the course of the war, the war that profoundly changed America as well -- in ways that continue to influence our nation: 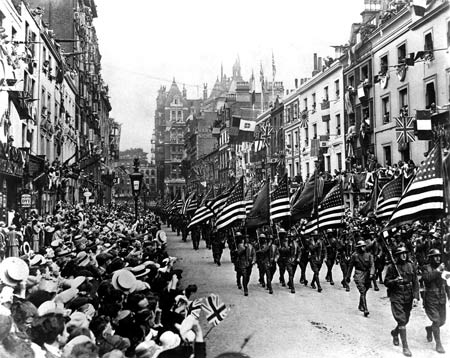 Our nation’s great sacrifices in World War I, and the changes that they brought about, are seldom fully appreciated by Americans today. Between now and November 2018, a great nationwide effort will seek to enlighten Americans about the war’s enduring influence in their own lives.

Our nation’s history and values were profoundly shaped by World War I. Today, awareness of those principles could not be more urgently needed. As a nation, we face momentous challenges, internal and external, that threaten our heritage. To intervene wisely, it is important to understand America’s actions in World War I, so that future generations can confront our nation’s great challenges in ways that are similarly brave, similarly absolute, similarly noble, and similarly...American.

Capitalizing on this important moment is the purpose of the US World War I Centennial Commission, a group of key leaders who have been charged by Congress to help deliver these benefits to our nation and its people.

The Commission was established by an act of the 112th Congress and signed by the President on January 16, 2013. The twelve Commissioners, all volunteers, have been appointed by the President, the majority and minority leaders of Congress, the American Legion, Veterans of Foreign Wars, and the National World War I Museum in Kansas City, Missouri. Serving as honorary chairs are five former presidents: Barack Obama, George W. Bush, Bill Clinton, George H. W. Bush, and Jimmy Carter.

The Commission is stimulating and organizing the comprehensive effort it will take to motivate reflection and understanding among millions of Americans. The Commission is working with partners nationwide including state centennial agencies, military and veterans' groups, federal/state/local governments, museums and libraries, schools and universities, corporations and foundations – as well as with foreign governments and organizations. Linked by the Commission, these organizations are pursuing the many works, great and small, that will be needed to achieve the potential of this moment: initiatives as diverse as art exhibits, television specials and school essay contests, and efforts as sweeping as erecting a new national World War I Memorial that will take its rightful place among the other great war memorials in our nation’s capital.

Though the Commission was established by Congress, no taxpayer money has been used for any part of the centennial commemoration. Initially sponsored with $5 million in funding from the Pritzker Military Museum & Library, the effort depends entirely on the charitable contributions of American citizens, corporations, and foundations.