Legacy of the War

World War I profoundly changed America and the world. After World War I war was fought in the air and under the sea, and new weapons on land gave war an industrial scale and a technological savagery it had never had before. 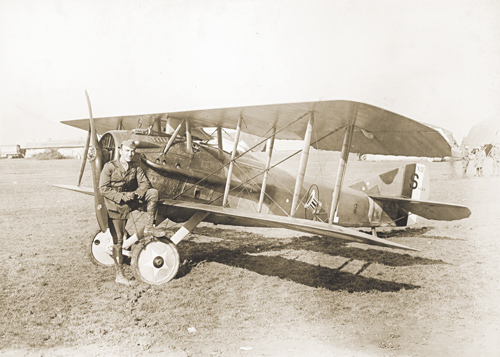 War became "total," in that all the resources of society supported the war effort, and civilians became victims as never before. At the same time, diplomatic calls for a league of nations and for treaties banning war brought forth new aspirations for international cooperation, non-aggression, and peaceful resolution of conflicts.

The war destroyed four empires – the German, Russian, Austro-Hungarian, and Ottoman – and redrew the political map of the world. The new nations and borders created after the war sowed the seeds for new conflicts in the Baltics, the Balkans, Africa, and throughout the Middle East, many of which ravage the world today.

More immediately, the aftermath of the war created resentments in Japan and, especially, Germany that helped lead to another world war twenty years later. Indeed, most if not all of American military history throughout the following century can be traced directly or indirectly to World War I. Not only can a straight line be drawn from the first to the second world wars, but the Communist Revolution in Russia in 1917 gave rise to the Soviet Union, and the cold war between the Soviet Union and the United States after World War II led to "hot" wars in Korea and Vietnam. And the creation of arbitrary nation-states in the Middle East such as Iraq and Syria, as well as the establishment of the state of Israel, decisions rooted in the diplomacy of World War I, gave rise to conflicts that are all too current today.

America in 1918 was the world's strongest industrial and military power, and while it again let its 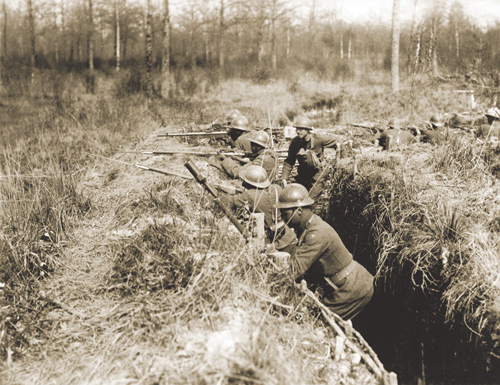 standing army dwindle, it was now a leading player on the world stage. Two million Americans had gone to Europe and returned, and America now looked at the world across the oceans with new eyes. A generation of national leaders emerged from the war: Mitchell, Marshall, MacArthur, Patton, Truman, Eisenhower, Donovan, Dulles.

Most importantly, the world no longer doubted the ability of the American fighting man. U.S. forces no longer fought only Native Americans or small armies in Central America, the Philippines and China, but had fought toe-to-toe alongside and against the strongest armies in the world. The courage, heroism, and tenacity that Americans had seen for themselves 50 years earlier, at Shiloh and Gettysburg and a hundred other battles in their civil war, had now been witnessed by the world at Chateau-Thierry and Belleau Wood and in the Meuse-Argonne. 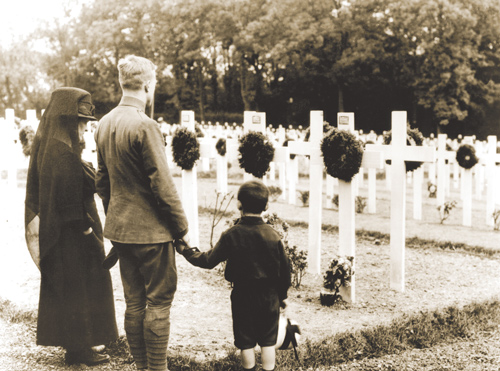 In all, the U.S. suffered 53,402 battle deaths in World War I, in less than six months of serious fighting – more than in eight years in Vietnam, and a fatality rate half again as high as World War II. Another 63,000 died from accident and disease. After the Civil War and World War II, World War I is the bloodiest war in American history.

For further information on the United States in World War I, participants may wish to review one or more of the following sources: