As part of America's commemoration of the centennial of World War I, the United States Congress has authorized an enhanced and expanded World War I Memorial in Washington, D.C. The creation of a national World War I Memorial in the nation's capital is a daunting but exciting challenge. Sited at Pershing Park on Pennsylvania Avenue, the Memorial will honor the 4.7 million Americans who served in the war, including the 116,516 who died, and will be a fitting addition to the national memorials to the three other great wars of the 20th century, located nearby on the National Mall. At the same time, the Memorial – located on "America's Main Street," one block from the White House – will be at the confluence of vehicular and pedestrian circulation patterns, as well as commercial and institutional activities, and will continue to serve as a commemorative space, as the front door to adjacent uses, and as a park. 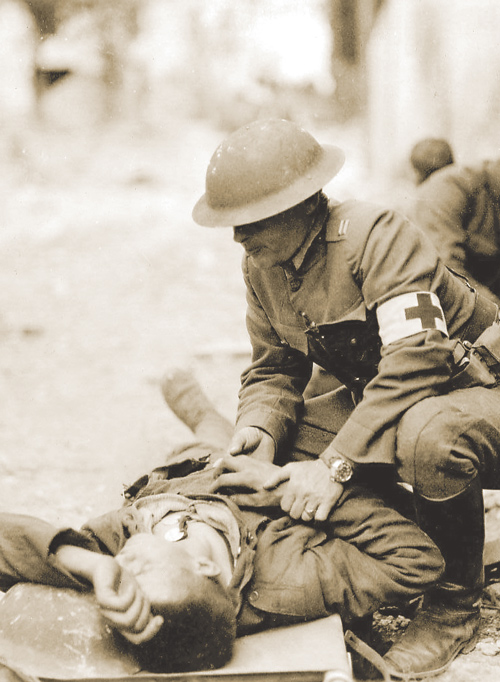 Congress has authorized the World War I Centennial Commission to enhance the existing Pershing memorial by constructing on Pershing Park "appropriate sculptural and other commemorative elements, including landscaping." The objective of this design competition is to transform Pershing Park from a park that happens to contain a memorial to a site that is primarily a national World War I memorial, within a revitalized urban park setting with a distinct sense of place that complements the memorial purpose while attracting visitors, workers, and residents of the District of Columbia.

The memorial should honor and commemorate the service of American forces in World War I with sufficient scale and gravity that the memorial takes its place within the larger network of memorials and monuments situated on and around the National Mall. At the same time, designers should forge functional and perceptual linkages to the pathways, streets, and civic spaces and architectural landmarks around the site. Design and landscape elements should contribute to the park composition and strengthen the park's relationship to the larger urban context, while complementing, and not detracting from, the meaning of the commemorative elements (whether new or pre-existing) within the site.