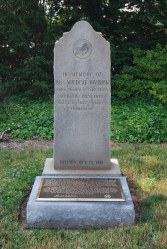 Although officially organized as the 81st National Army Division, the battalion came to be known as the Wildcat Division and entered the war theater in France toward the end of the war in 1918. With draftees primarily from North Carolina, South Carolina, and Florida, the group took on the name to reflect the fierce fighting and tenacious wild cats of the South and adopted a patch made from the silhouette of the cat as their insignia. They fought in the Meuse-Argonne Offensive in 1918 and were in combat against the Germans in Verdun when fighting ceased on November 11 with the armistice. The Wildcat Division suffered 1,104 casualties during their short time in the war.