Delivery of Medical Care off of the battlefield 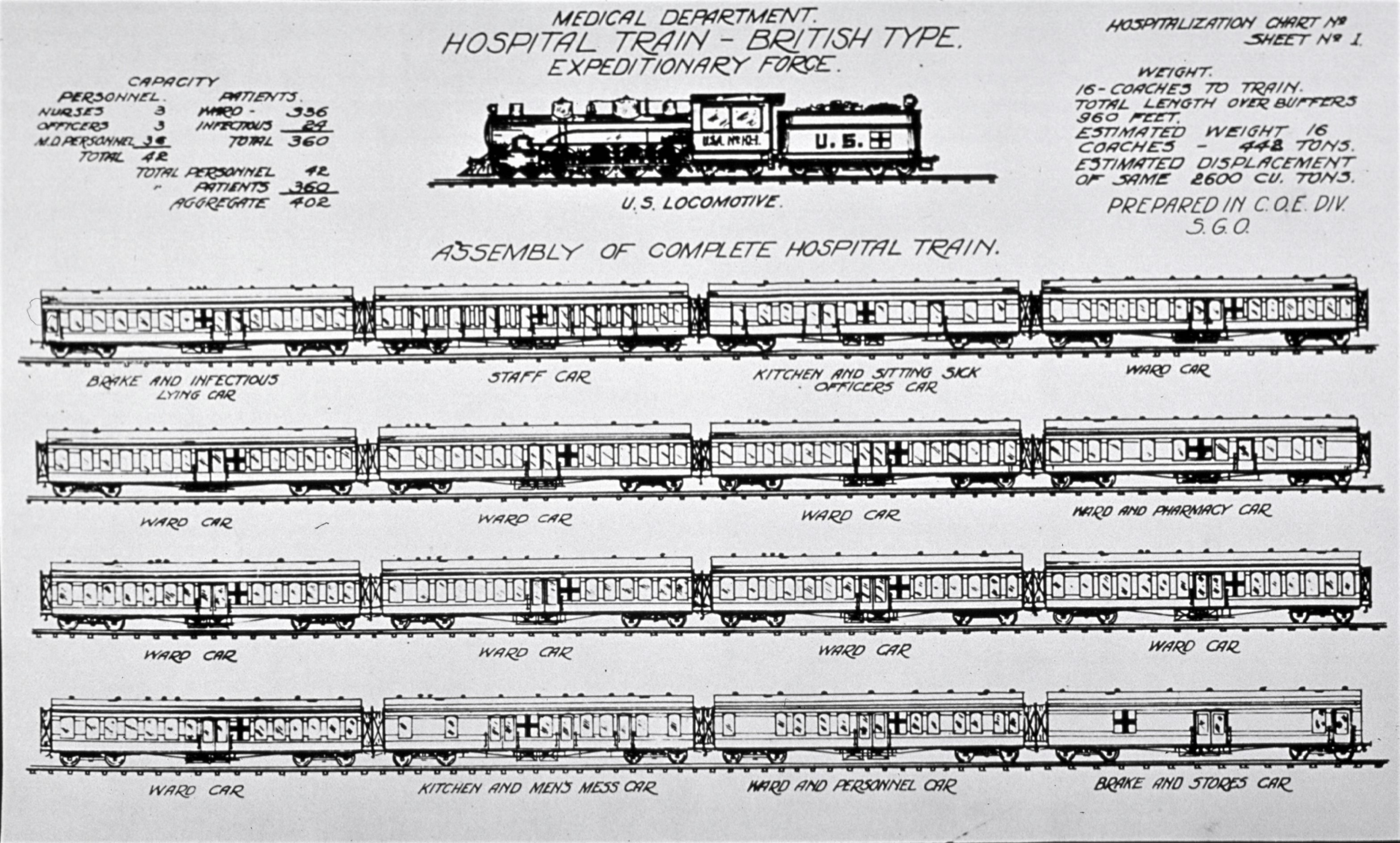 There were automobiles in WWI, but railroads were still the way to move large quantities of people. That was true even when the people were patients, and it made far more sense to use hospital trains (which should have been termed ambulance trains) to carry hundreds of patients instead of using scores of motor ambulances each carrying 4-6 patients.

Rather than ship rail cars to France, the US planned to purchase (or rent) hospital trains from the British and French. A limited number could be bought, but when major battles loomed more had to be borrowed. The standard train was supposed to be 16 cars:
1 car for infectious cases, 24 beds (one end used for caboose);
1 staff car, 8 beds;
1 kitchen and sick officers' (sitting) car, 3 beds for cooks, 20 seats;
9 ordinary ward cars, 36 beds each;
1 pharmacy car, 12 beds;
1 personnel car, 33 beds;
1 train crew and store car, 3 beds;
1 kitchen, men's mess car, caboose, 2 beds for noncommissioned officers

The normal capacity was 360 beds, but if the train staff gave up their beds another 36 patients could be accommodated. The exact mix of sitting and recumbent patients could be changed by fastening various middle beds so more or fewer men would be sitting, and in crises up to 600 patients could be moved by a single train. The pharmacy car had a small operating room with limited equipment, but while it was a capability, the space was more often used to change bandages than perform even minor operations. Purpose-built hospital trains had double-doors so litters could easily be carried on. 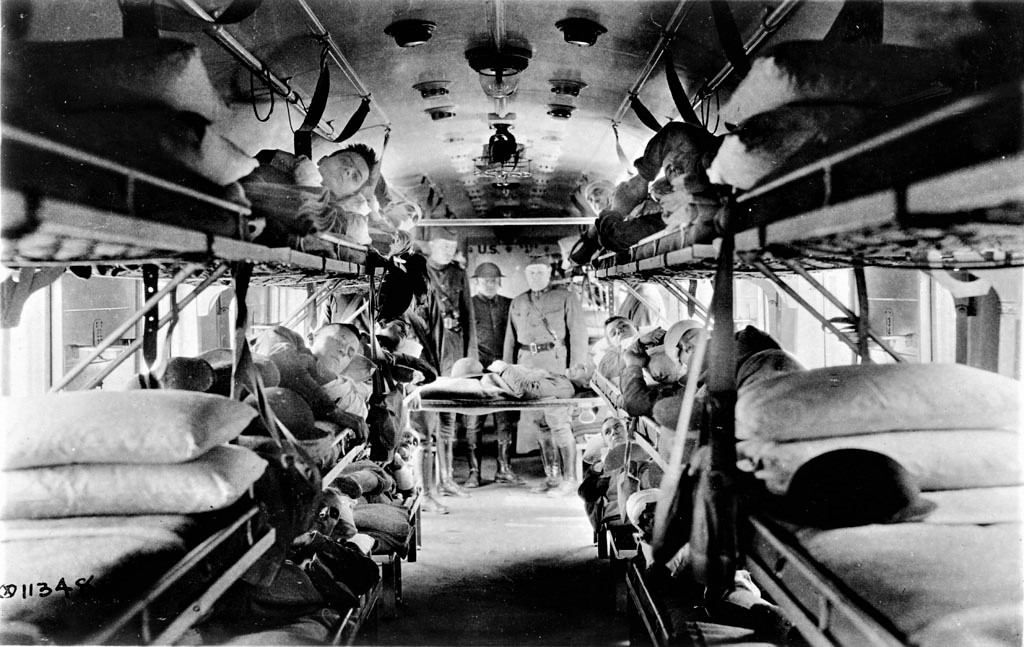 Hospital trains drove some of the decisions about hospitals. In the combat zone, evacuation hospitals were usually located near rail lines: it was very inefficient to use motor ambulances to shuttle patients any distance to a hospital train. In the communications zone (rear area), hospital trains carrying hundreds of patients made it efficient to group base hospitals into hospital centers.  No one base hospital could handle the arrival of a trainload of patients with varied needs, while a 20,000-bed hospital center could readily take a train or two per day. And it made more sense to locate the hospital centers in the countryside, where rail lines could be hastily constructed, than in cities where patients would have to be moved about by motor ambulance to the various buildings converted into hospitals. 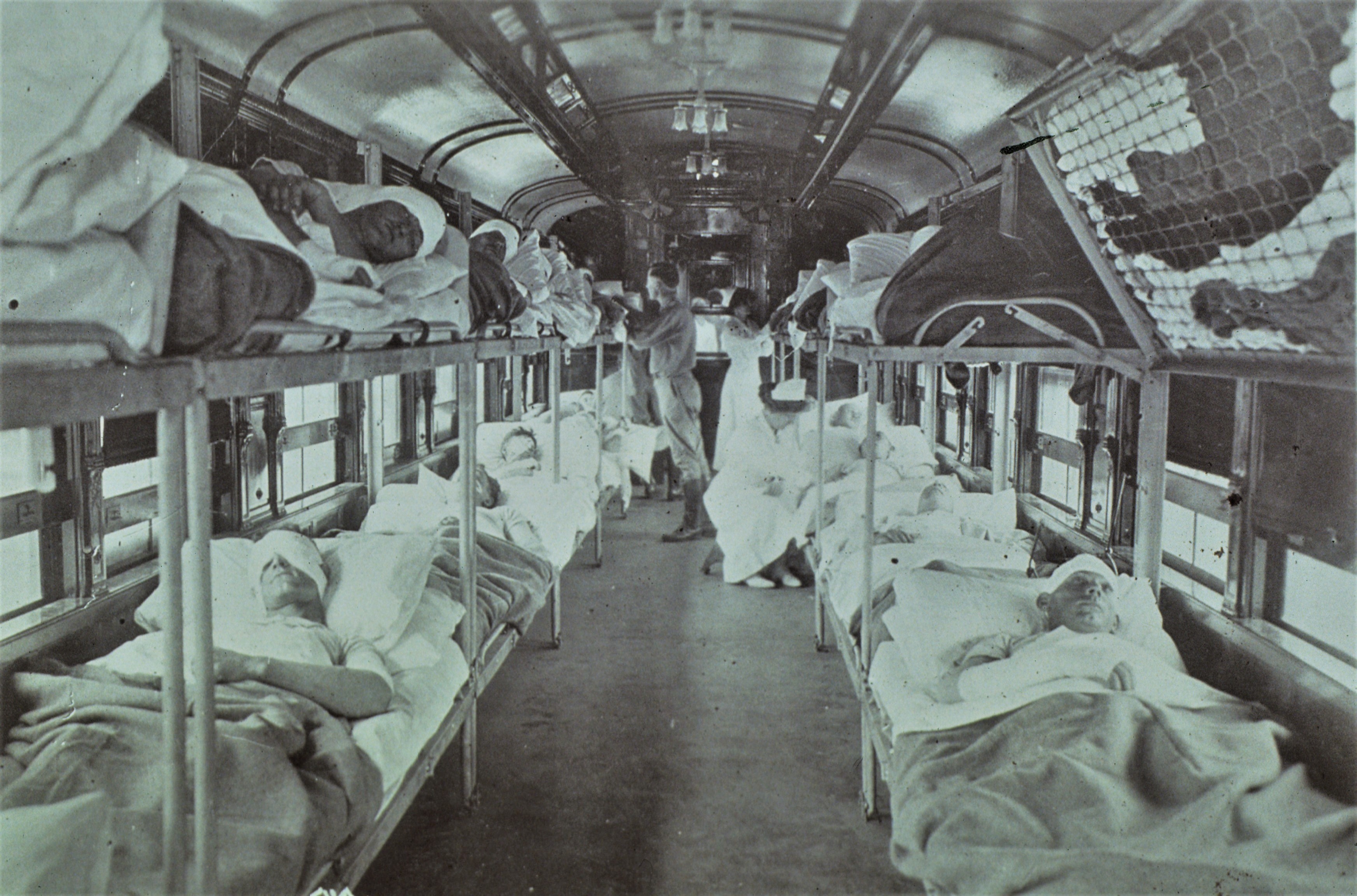