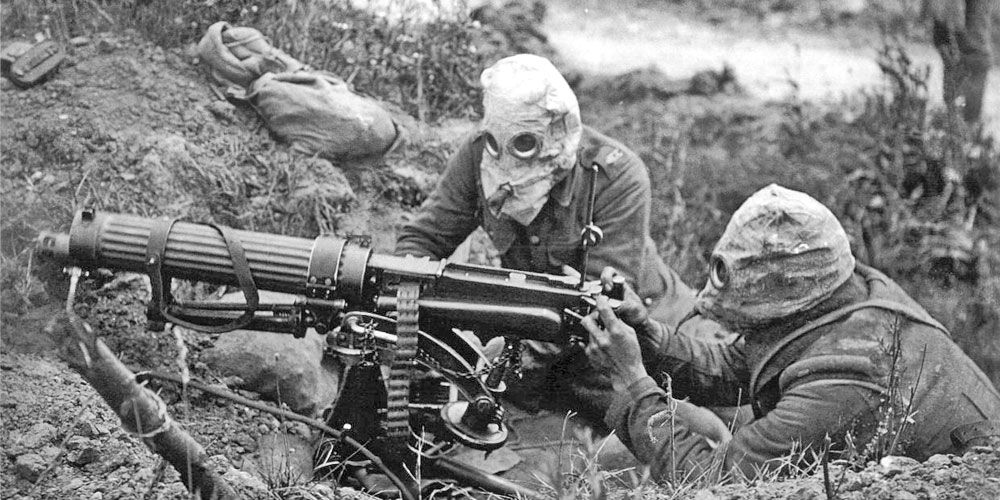 World War One was the first major conflict of the industrial age.The opposing nations found ways to use sophisticated machinery and mass production to inflict death and destruction on a wide scale.The war unleashed both the worst of humanity and the dark side of invention and technology.

At the beginning of the war, most armies had few machine guns, gathered in specialized units. After the weapons proved their deadliness, all the armies increased their manufacture and use. Firing hundreds of bullets per minute, a single gun could wipe out dozens of men in seconds.

The most hideous weapon of the war. Gas blistered the skin, eyes, airways and lungs. Masks and protective clothing helped reduce the lethality of gas attacks. But tens of thousands died in agony, and hundreds of thousands suffered lingering effects for the rest of their lives.

Early tanks were called “landships” but were renamed to preserve their secrecy. The concept was simple - an armored vehicle that could cross uneven terrain to support infantry. Initial designs were primitive, but improvements increased their effectiveness later in the war.

The war began barely a decade after the Wright Brothers’ first flight. Airplanes initially served as scouts and observers, but pilots soon began carrying weapons into the air. Aircraft designs and weaponry improved rapidly, and soon both sides battled for control of the skies.