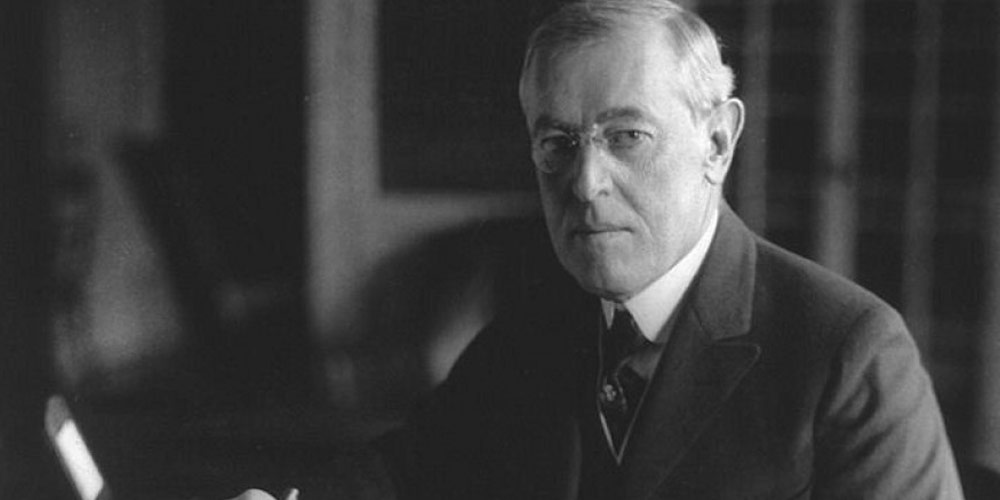 As America sent its men overseas to fight, President Woodrow Wilson continued to make a moral case for its involvement in the war.

Wilson was a progressive and an idealist. At the same time, he was deeply prejudiced against African Americans, and for years was strongly opposed to voting rights for women. These contradictory attitudes were not unusual for the time.

In a speech to Congress on January 8, 1918, Wilson laid out fourteen concepts that summarized U.S. war aims. Some were specific to the war: Germany was to evacuate Russia, leave Belgium and return territory taken from France in their 1870 war. Italy’s borders would be adjusted to encompass all Italian speakers (at Austia-Hungary’s expense). Austria-Hungary was to leave the nations it had occupied. It would also offer self-government to its minorities, as would the Ottoman Empire. An independent Polish state would be established.

On a broader scale, Wilson wanted to address the issues he believed had led to the outbreak and expansion of the war. He proposed an end to secret treaties, freedom of the seas, free trade, reductions in armaments and greater rights for colonial peoples. To enforce these principles, he proposed the creation of a global “association of nations.”

Wilson’s speech came to be known as the “Fourteen Points.” They were embraced around the world as American idealism at its best, and were adopted by the Allies as the central message of their wartime propaganda.

However, Wilson would ultimately find it difficult to turn his ideals into reality, even in his home country.