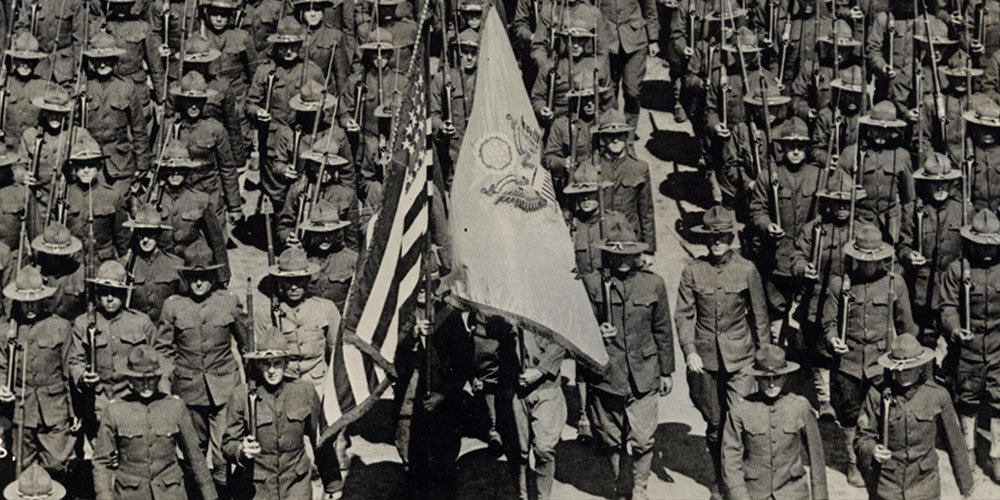 Historical accounts show that U.S. infantry (foot) soldiers had been called “Doughboys” as early as the Mexican-American War (1846-48). During World War I, the term was universally adopted as the nickname for all American troops who went overseas to fight.

They came from every part of the country, and represented nearly every segment of America’s large and diverse population: Ivy League blue bloods and immigrants fresh off the boat. Country boys and city dwellers. Grandsons of Civil War veterans and grandsons of slaves. Sons of settlers and cowboys from the West, and Native American warriors carrying on their tribal traditions.

The following figures help paint a broad picture of the men who fought for America in World War I: