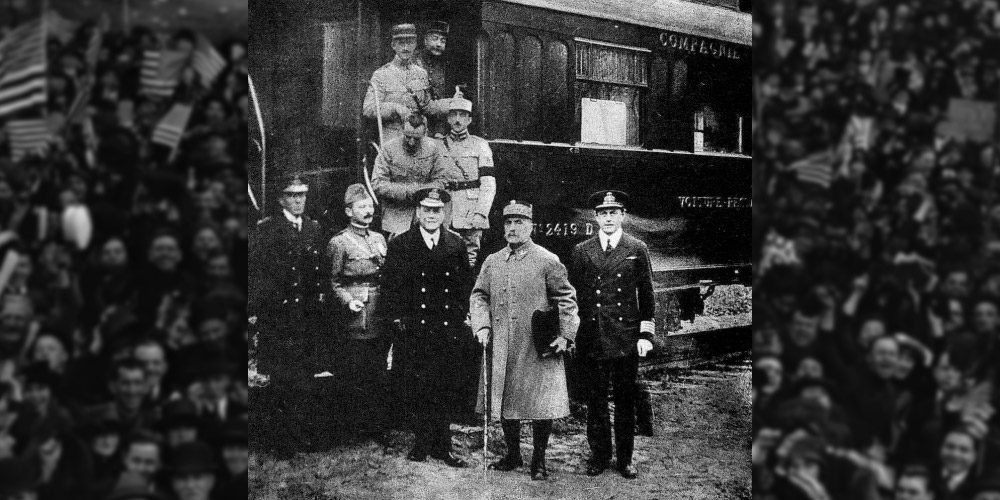 By the end of September 1918, German’s military leaders were forced to accept that defeat was inevitable. The army was on the brink of collapse, and there was unrest on the homefront. The civilian government was finally emboldened to demand an end to the war.

On October 3, the German government sent a note to U.S. President Woodrow Wilson, accepting his Fourteen Points as the basis for peace. However, while the other Allies were happy to promote Wilson’s ideals as wartime propaganda, they were unwilling to apply them to actual negotiations with the Germans. Also, a number of Allied leaders -- including General Pershing -- believed that the best way to end the war was to drive to Berlin. As talks went back and forth, the fighting continued.

Then, in early November, a mutiny by the German navy spread to cities throughout Germany. Fearing a repeat of the communist takeover in Russia, the Germans and the Allies accelerated their negotiations. On November 9, German revolutionaries declared a republic. The German Kaiser gave up his throne and fled to Holland.

Early on November 11th, the Germans met the Allies near Paris to sign an Armistice ending the fighting. The agreement set 11:00am Paris time as the moment the truce would begin - the 11th hour of the 11th day of the 11th month.

The fighting continued until the last possible moment. As a result, there were 10,944 casualties, including 2,738 deaths, on the war’s last day. Most occurred within a period of three hours. The last soldier to be killed in World War I was Henry Gunther, an American of German descent, who was killed just sixty seconds before the guns fell silent.

The news of the armistice was met with jubilation in the Allied nations. But although the fighting was over, it would take months of negotiations at the Paris Peace Conference to formally end the war with the signing of the Treaty of Versailles.