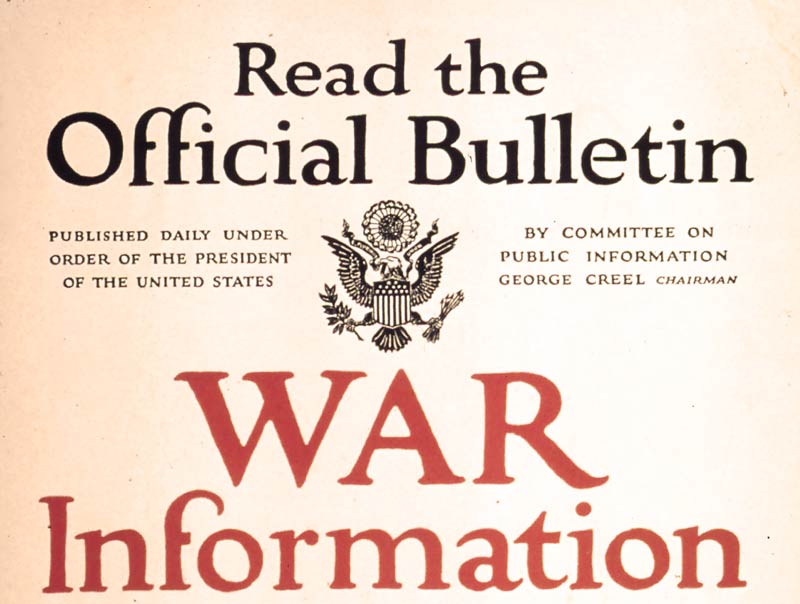 George Creel was a journalist, friend and staunch supported of Woodrow Wilson during the election of 1916. It is therefore unsurprising that President Wilson appointed Creel to head the newly minted Committee on Public Information (CPI) as America declared war. The commissions mission was to swing public backing for the U.S. war effort. Effectively George Creel was America's propaganda and war information minister.

This included all aspects of the U.S. media, including print, film, posters, music, paintings and cartoons.
One of these key products, gone largely unnoticed and forgotten in the century since is the Official Bulletin.

We are re-publishing this daily newspaper as a part of the WW1 Centennial. This archive is an amazing cultural resource of this period in our country.