Florida After the War

When soldiers started returning home in late 1918 and early 1919, their communities greeted them with displays of jubilant appreciation. Beginning in midwinter, women of the Tampa Red Cross hosted homecoming dinners, dances and parties; civilians organized similar celebrations for veterans in all parts of the state.

But charitable work did not stop with the Allied victory in Europe – a widespread influenza outbreak that began in 1918 would keep Florida volunteers occupied well past the war’s end. The Red Cross gathered and distributed medical supplies and food; transported doctors, patients and the dead; and treated victims and their families. Relief workers opened portable soup kitchens for victims unable to prepare their own meals. When the epidemic lifted in 1920, it had taken more American lives than the war; thousands of Floridians had contracted the illness and over 600 perished. Historians and public health officials are still unsure of the outbreak’s origins, but wartime conditions likely contributed to its spread. 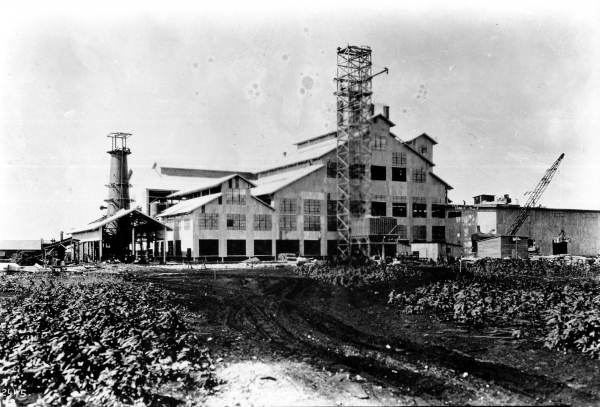 Pennsylvania Sugar Company factory- Dade County. 1923. Florida MemoryThe Great War left a lasting impression on Florida – especially on the state’s economy. The Sunshine State’s increased agricultural production during WWI primed much of the land for the big real estate boom of the 1920s. Prospective buyers came from all over the country in hopes of turning Florida ground into profit. The Pennsylvania Sugar Company, the Florida Sugar and Food Products Company, the Moore Haven Sugar Company, and the Southern Sugar Company each purchased thousands of acres of sugar cane fields in the early 1920s. As a result of the post-WWI Florida land boom, the state’s population exceeded 1.2 million by 1925. Twenty years later, by the end of the Second World War, Florida’s population had doubled to 2.4 million residents. Florida was well on its way to becoming one of the nation’s most populous and prosperous states.

During the Great War, 116,516 Americans lost their lives; 1,134 of those fallen veterans were Floridians. Memorialization of Florida’s war dead began immediately after the Armistice and has continued into the 21st century. Local civic organizations, veterans groups, and public servants have all contributed to the design and dedication of numerous monuments and memorials throughout the state. 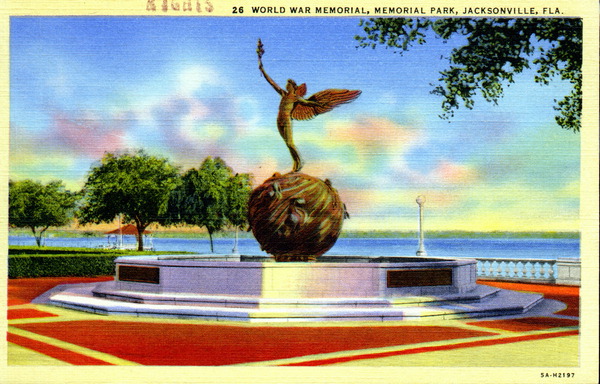