Florida In World War I 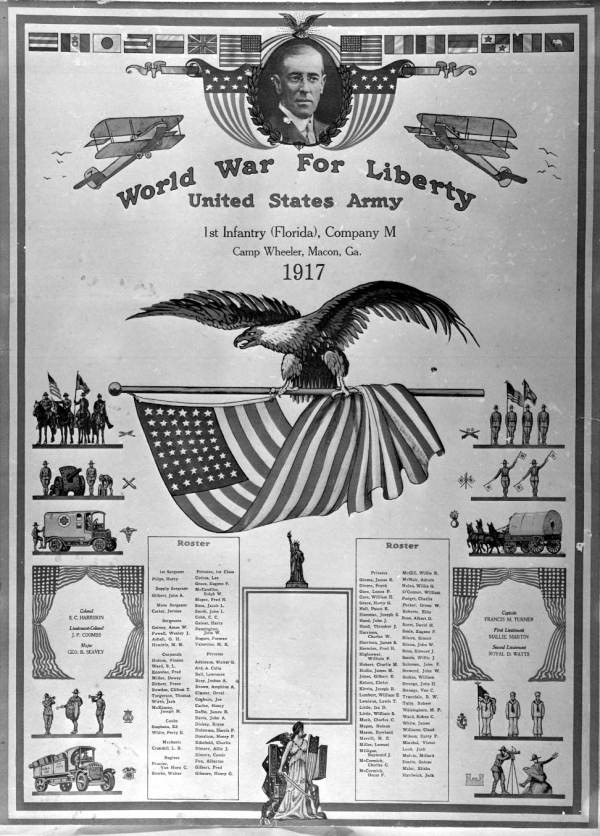 Roster for 1st Florida Infantry, Company M at Camp Wheeler in Macon, Georgia, 1917. State Archives of Florida. When the United States entered World War I (1914-1918) on April 6, 1917, Florida was a sparsely populated state, with only 925,641 inhabitants. Florida’s abundance of open, arable land and year-round warm climate made the state an ideal location for military training, technological development and increased agricultural resource production.

Thousands of Floridians joined the millions of other Americans heeding President Woodrow Wilson’s call to make the world “safe for democracy.” Although the United States was involved in the global conflict for only 19 months, the war still impacted the social, economic and environmental conditions of Florida. Of the 4 million American men and women who joined the armed services between 1917 and 1918, 42,030 were Floridians. 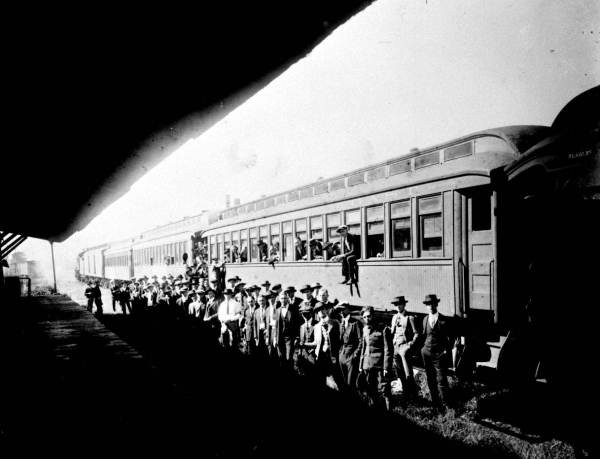 Enlistees in Gainesville board a train bound for war, ca. 1917. State Archives of Florida.

On the homefront, countless others performed their patriotic duty by purchasing liberty bonds, volunteering with service organizations, and conserving food and raw materials. These efforts occurred against the backdrop of the war’s larger domestic side effects. A series of deadly influenza outbreaks in 1918, heightened racial tensions, intense anti-German sentiment, and the increased political agitation of woman suffragists and African-Americans further consumed the attention of Florida’s civilian patriots. After the November 1918 armistice, veterans from Tampa to Tallahassee began returning to the familiar comforts of home. While much of the state remained the same as it had been before the war – mostly rural with an agricultural economy – WWI undoubtedly marked Florida’s transition into a new era rife with modern industrial, political and economic possibilities.