Starting March 6 the Atlanta History Center is to have a series of World War I exhibitions. 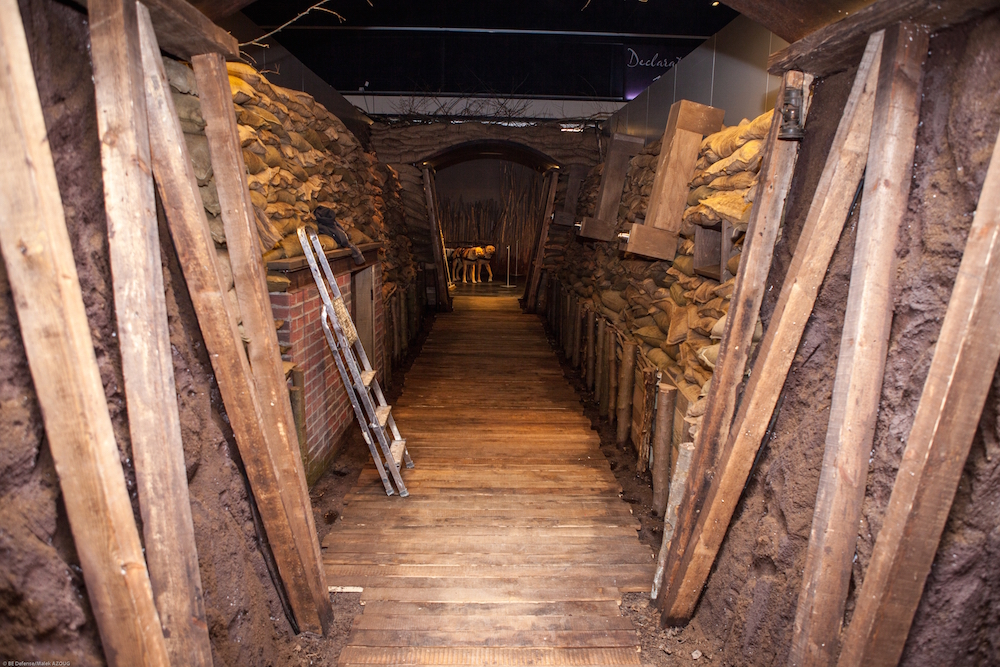 A recreated trench for the Belgian World War I exhibition coming to the Atlanta History Center in March. 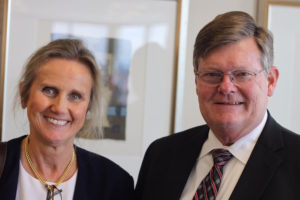 World War I may be “the forgotten war,” overshadowed in U.S. history by the Civil War and World War II, but its consequences continue to be felt this day.

The loss of 10 million-plus who died in the conflict with twice as many injured may be only a faint memory. Yet the collapse of empires, the creation of new nation states, the launch of the United States as a world power, the rise of Communism and the Soviet Union, Hitler’s reign, World War II, the Holocaust and the continuing chaos in the Middle East can all trace their origins to World War I. 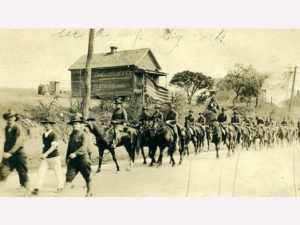 In an effort to overcome this amnesia, Congress created the World War I Centennial Commission to develop and execute educational programs with the goal of commemorating America’s involvement in “the Great War.” Four former presidents are serving as honorary chairs.

Atlanta resident Monique Seefried, the wife of Ferdinand Seefried, the honorary consul general of Austria, is one of the members of the national commission created in 2013 to develop and deliver programs commemorating the war and its human sacrifice.


Dr. Seefried, who has a doctorate from the Sorbonne University in Paris, founded and has served as executive director of the Center for the Advancement and Study of International Education (CASIE) and as chair of the International Baccalaureate of Governors.

She is the federal representative on the Georgia World War I Commission, which was created two years after the national commission by Georgia Gov. Nathan Deal and the General Assembly. The Georgia Commission is chaired by Billy Wells, senior vice president for leadership and global engagement at the University of North Georgia (UNG). He is joined on the Georgia commission by Rick Elder of Sylvania, Samuel Friedman of Atlanta, Thomas Lacy of Peachtree City and John Morrow of Athens as well as Dr. Seefried

Thomas H. Jackson Jr., the Heritage Communications executive for the University System, has been appointed the commission’s executive director.

Dr. Jackson told Global Atlanta that the Centennial of the U.S. entry into the war in April 1917 will provide numerous educational events geared at increasing the understanding of how the cataclysm 100 years ago affects the world today.

Georgia was heavily involved in the war because it already was the site of five major federal military installations including Fort McPherson, south of Atlanta; Fort Oglethorpe near the Tennessee border; Augusta’s arsenal and Camp Hancock and Fort Screven on Tybee Island. 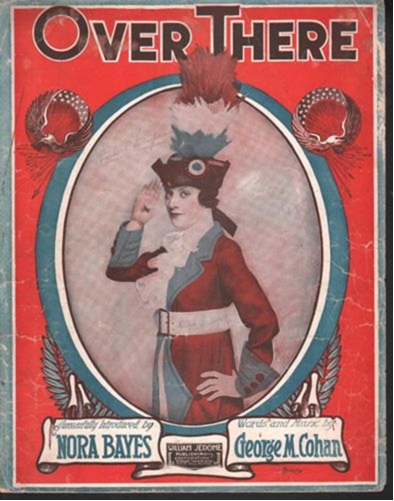 Once the U.S. entered the war, the War Department also opened Camp Gordon in Chamblee, the training site of the 82nd All-American Division and Camp Benning in Columbus, eventual home of the U.S. infantry. Meanwhile, Souther Field near Americus prepared almost 2,000 pilots for European combat and Georgia’s National Guard trained at Augusta’s Camp Hancock and Camp Wheeler in Macon.

Events focused on the war already have taken place. At the Reynolds Plantation in Greensboro, artist John Cleaveland in late January gave a retrospective of the war’s battlefields. He currently is undertaking a series of paintings which he considers “memorials” tied to specific times, places and combatants.

An ongoing exhibit from February 2017-January 2018 at the Georgia Southern University Museum in Statesboro includes stories of Georgia soldiers, civilians, training camps and communities that will highlight the state’s involvement in the war.

The National Archives in Morrow also held an event on Feb. 11 that focused on the role of African Americans in the war. A memorial reviewing the career of Eugene Bullard of Columbus, who has been described as “the most unsung hero of World War I” is in the works.

The Atlanta History Center, however, is assuming the main role in providing World War I focused exhibits with a broad view of local and international perspectives. Three of the exhibits are to be presented in partnership with Belgian, French and British organizations. 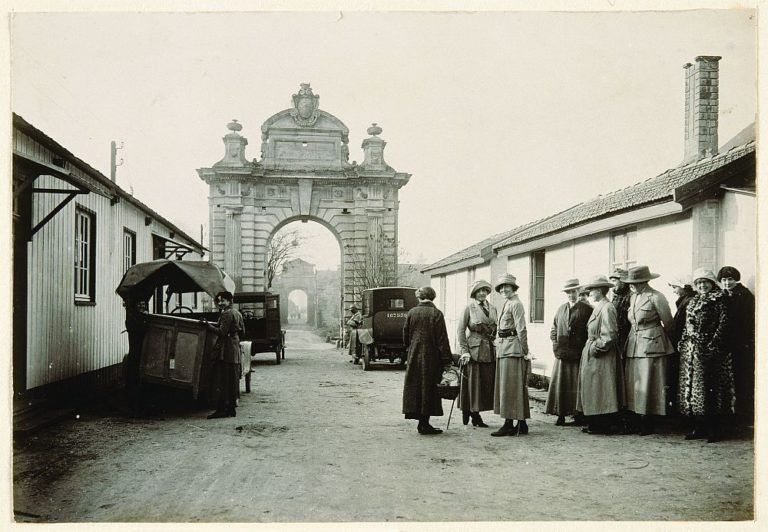 Michael Rose, executive vice president of the center, told Global Atlanta that the institution took on the exhibitions because of its “long record of chronicling and exploring the experience of America’s veterans,” and “to confirm the incredible value of U.S. involvement in the war and to honor the veterans of battlefield and home front in their sacrifices to ‘make the world safe for democracy'.”

From March 6-April 30, “The Great War in Broad Outlines,” which is to include 30 panels from a Belgian touring exhibition, recounts the war from an international perspective.

The panels are to chronicle a variety of aspects of the war including the invasion of neutral Belgium and its consequences, the Christmas Truce of 1914 between Allied and German troops along the Western Front, and the efforts of Herbert Hoover as head of the U.S. Food Administration, in providing humanitarian relief to starving Belgians.

The center is to enhance the exhibition with flour sacks from American mills among countless others that were embroidered or otherwise decorated by Belgian women then sold to raise funds for war charities. The Herbert Hoover Presidential Library and Museum exhibition on loaning the sacks was a demonstration of the type of humanitarian support the U.S. provided.

The exhibition also is to focus on Moina Michael of Walton County, who was responsible for turning the red poppy into a universal symbol of war remembrance. 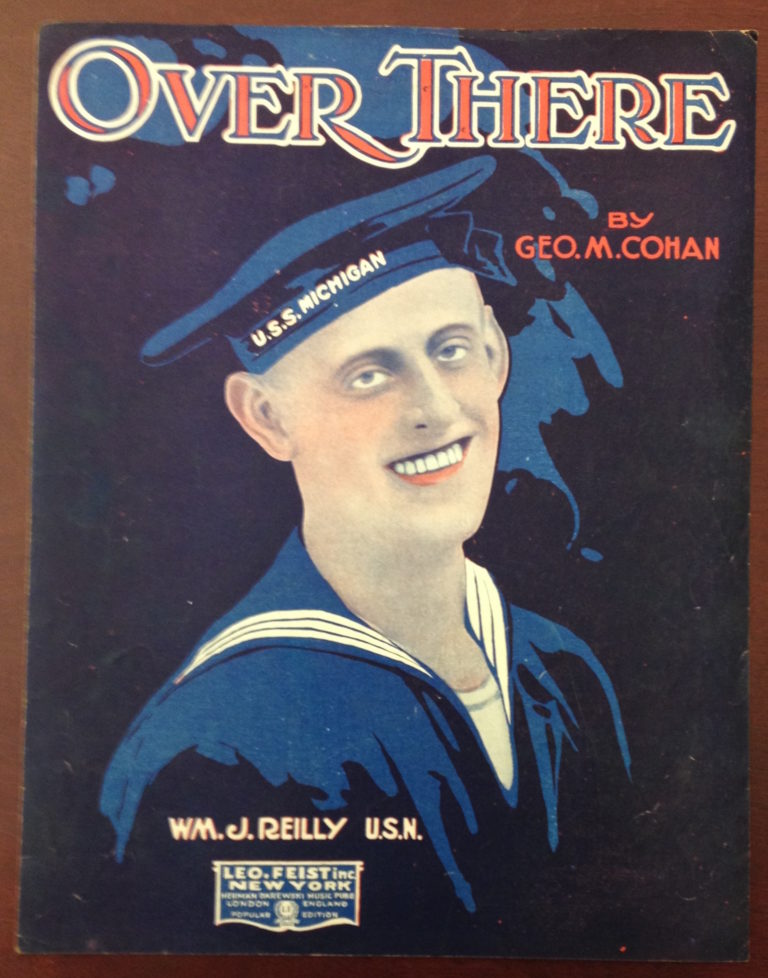 Anne Morgan’s War: American Women Rebuilding France from 1917-24 to be held at the center from April 6-Sept. 30 is being organized by the Franco-American Museum, Chateau de Blerancourt, France, with the support of American Friends of Blerancourt and the Florence Gould Foundation.

The museum and chateau was founded after World War I by Anne Morgan, financier J.P. Morgan’s daughter, who founded the American Committee for Devastated France. The committee brought back livestock, planted crops, rebuilt homes and provided needed services for children in the Picardy region of northeastern France, which had been ravaged by the war.

This exhibition is to feature 31 World War I photographs and silent film footage bringing to life the work of 350 American women volunteers, who left comfortable lives in the U.S. to devote themselves to humanitarian work in France.

From May 20-March 2018, the center will feature the exhibition, Uncle Sam Wants You! — World War I and the Poster, which will showcase more than 60 World War I posters.

For this exhibition, the center is to combine its holdings from its permanent collection with the collection of Atlanta historian Walton Rawls, author of the book, “Wake Up, America: World War I and the American Poster.”

Originally resistant to entering the war, the American public’s attitude was turned around in part due to the artists who created the “pictorial publicity” for the war effort, including recruiting, war relief and food and fuel conservation.

From March 16-July 5, 2018, the center is to exhibit the World War I battlefield photos of the acclaimed Irish photographer Michael St. Maur Sheil. The exhibition is to be installed throughout the 33 acres of the center’s Goizueta gardens juxtaposing archival images alongside those of Mr. Sheil.

For more information, call Howard Pousner, manager of media relations, at 404-814-4033 or send an email to [email protected].