Georgia VFW raises contributions to Georgia WWI Centennial efforts to $27,050 toward a goal of $50,000 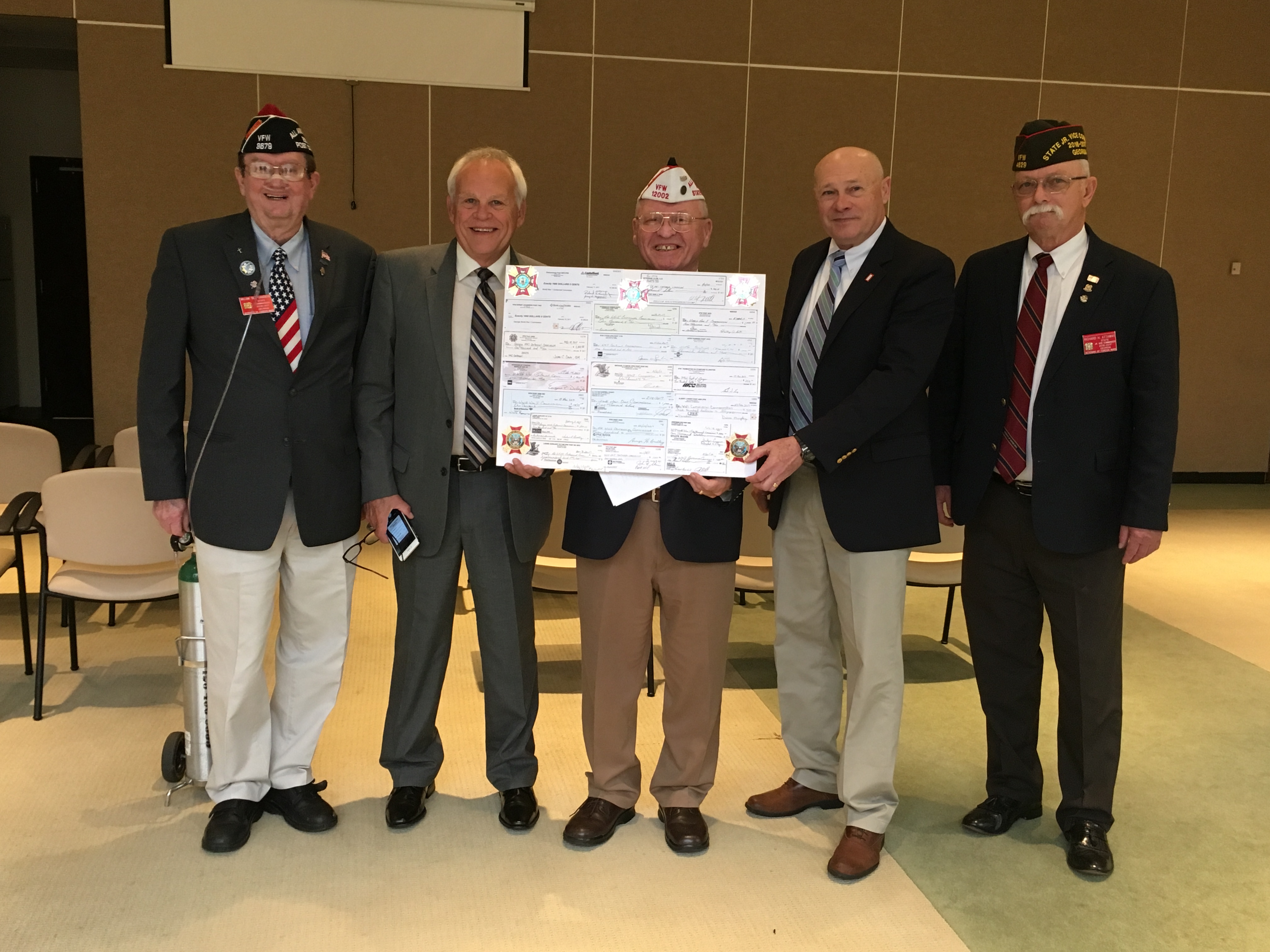 The VFW Department of Georgia presents Georgia's World War I Centennial Commission with the second installment of a $50,000 pledge at the Commission's March 22, 2017 Meeting.  The image shows twenty checks from 20 posts of the Department totaling $17,050.  When combined with $10,000 from the VFW Department of Georgia presented to the Commission January 19, 2017 our new total is $27,050. Our ongoing efforts to honor our posts and those who served in World War I continues through financial support of the Commission's work. The third pledge installment will be presented at our VFW State Convention in Macon, Georgia on June 16, 2017.  Veterans of Foreign Wars of the United States is the only Veteran Service Organization dedicated to combat veterans. Our members remember it is never a matter of what is in your wallet, but more of what is in your heart.  General George Patton, famed World War II warrior said, "Hate War, Love The Warrior".  And VFW members are warriors whose respect and honor of World War I veterans is shown through gifts to perpetuate the memory and history of our dead by giving not till it hurts, but till it feels good knowing the mission continues.  Formed in 1899 by veterans of the Spanish American War to advocate on behalf of those who served in combat, their widows and orphans, we dedicate ourselves to their honor.  We stand on the shoulders of those who have gone before us and with the 100th Anniversary of our entrance into World War I how fitting it is to remember these brave men and women who sacrificed so much. Also noteworthy is the fact the Veterans of Foreign Wars of the United States presented the National World War I Centennial Commission a check for $100,000 on March 21, 2017.  The Veterans of Foreign Wars...Nobody Does More For Veterans.