In May 1918, U.S. troops, commonly known as the Doughboys, fought in their first major battle in Europe during World War I. The war was a turning point in U.S. history, establishing the nation’s influence and prosperity in the 20th century. By the end of combat in November 1918, more than 4 million Americans served.

Now, 100 years later, Fields of Battle, Lands of Peace: The Doughboys, 1917-1918,an outdoor photography exhibition opening March 16th in the Atlanta’s History Center’s Goizueta Gardens, honors the sacrifice of those men and women who served in the conflict that shaped the world in which we live today.

Featuring the work of British photojournalist Michael St Maur Sheil, Fields of Battle tells of the healed scars of World War I through our only remaining living witness: the land on which our heroes fought. The exhibition, in its only Southern appearance, remains on view through July 5th.

Inspired by the concept of land and terrain as the grounds of war and realm of peace, the exhibition is to be installed throughout Goizueta Gardens’ 33 acres—within that garden landscape, telling a story of reconciliation across the lands of warring nations, and the healing of time on the earth itself. On the European soil, once places of devastating violence, we now see landscapes of great beauty, testament to peace and remembrance.The exhibition features historical content as well as archival images to support the beautiful contemporary landscape photography of Michael St. Maur Sheil.

World War I was the first “modern” war, as industry enabled weapons and explosives to be manufactured in vast quantities that brought death and destruction on a scale never previously experienced.

When the United States entered the war, the global conflict had consumed many nations since 1914 and continued for years. The Armistice of November 11, 1918 halted the fighting.

The Western Front on which the Doughboys lived, fought, and died included scenes of environmental degradation, obliterated villages, vast cemeteries, and continuing massive destruction. Much of the landscape of the Western Front looked like an uninhabited planet foreign to them.

Fields of Battle, Lands of Peace: The Doughboys, 1917-1918, is the final of four Great War-related exhibitions presented by the Atlanta History Center in recognition of World War I’s centennial during 2017-2018.

More than 116,000 American soldiers made the ultimate sacrifice before the “war to end all wars” finally ended. 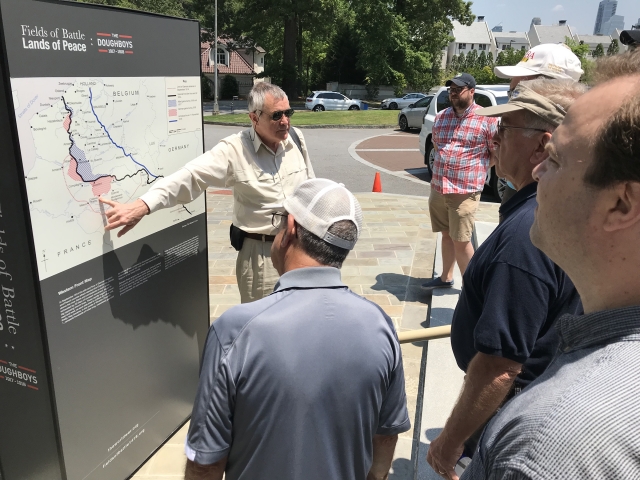 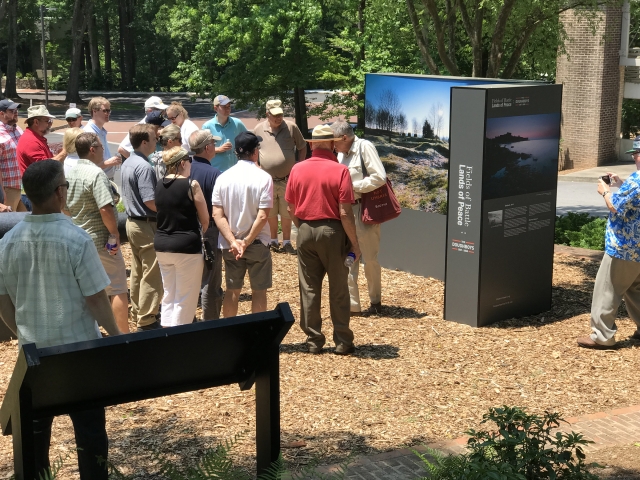 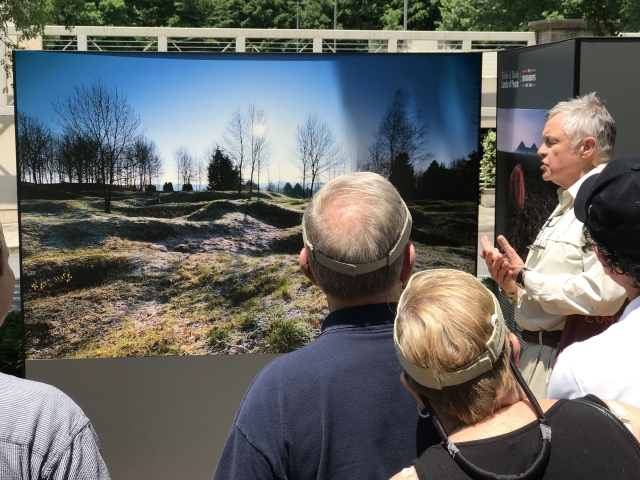 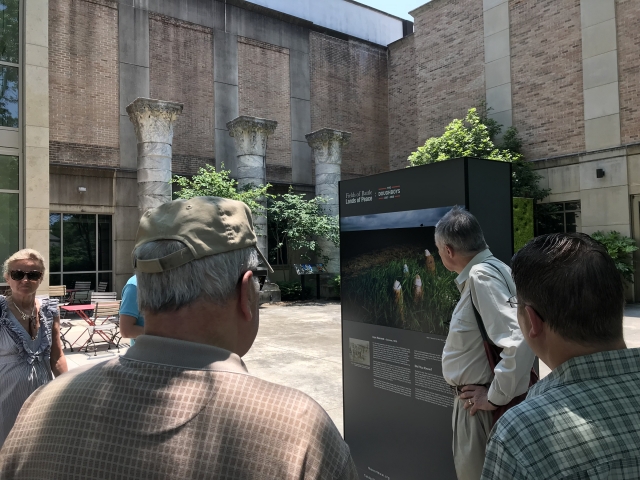 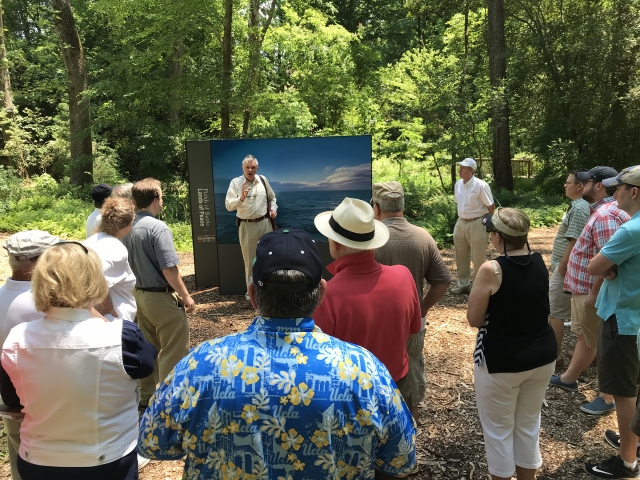