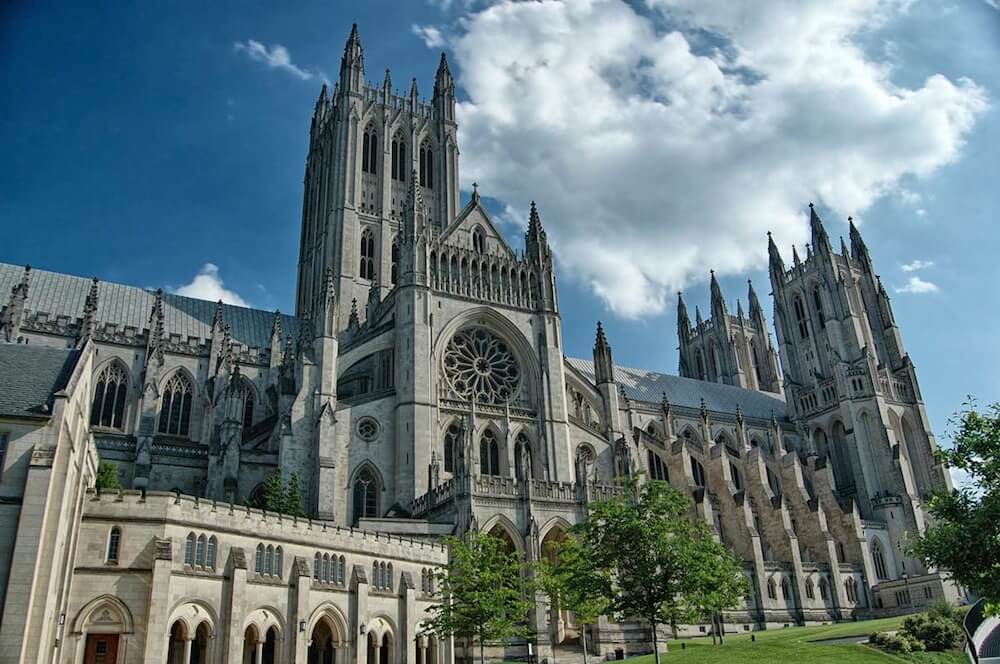 When Daniel Wright hears the bells ring at 11 a.m. on Nov. 11th at the National Cathedral in Washington this weekend, he’ll be fully aware of their significance — that the bells are ringing for all veterans who have given their lives for their country, and more particularly that they also are ringing on behalf of Armistice Day and the more than 100,000 Americans who perished and the 200,000 who were wounded in World War I.

As the recipient of a special award from the World War One Centennial Commission responsible for his weekend visit to Washington, the 14-year-old home schooled Georgian developed a video that traced World War I from its origins in the assassination of the Archduke Franz Ferdinand of Austria and his wife Sofia in Sarajevo, Serbia, to its conclusion at the Treaty of Versailles signed on June 28 1919, exactly five years after the archduke’s assassination. 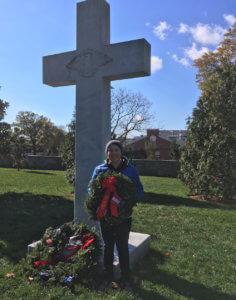 Daniel and family witnessed the laying of a wreath at the Tomb of the Unknowns.While many a ninth grade student might have concluded their study of the war with the treaty, Daniel pursued its consequences illuminating not only how the Versailles Treaty led to World War II but also how the United States may have indirectly aggravated Germany‘s belligerence by ceasing its loans supporting the country’s economic recovery during the Great Depression.

Daniel’s award winning video titled “An Unpeaceful Treaty – How the Paris Compromise Ignited Conflict” is the most recent in a family line of winning Georgia National History Day documentaries that go back five years to his brother Nathan‘s video, “A Change of Heart: Vivian Thomas and the Blue Baby Surgeries,” which received a second place in the 2013 Georgia “junior division” contest and was a finalist in the national competition.

National History Day is a College Park, Md., non-profit organization that engages more than a million middle- and high-school students around the world annually in conducting original research on historical topics of their choice. Students enter these projects at the local and affiliate levels, with top students advancing to the National Contest at the University of Maryland at College Park.

In Georgia, National History Day is a program of the Georgia Humanities Council and LaGrange  College, which attracts more than 10,000 middle and high school students annually who delve into historical subject matter by developing research papers, exhibits, documentaries, performances and websites.

Each year an overarching theme is chosen such as “Triumph and Tragedy” for 2019, “Conflict and History” in 2018, or others such as “Taking a Stand in History” or “Rights and Responsibilities in History.”

Born prematurely, Nathan’s choice of the career of Vivian Thomas as a subject for his first documentary seems natural enough since he underwent several heart surgeries as an infant. Mr. Thomas’ skill enabled the first pediatric heart surgeries ever conducted and resulted in the successful development of what is known as the Blalock-Taussig shunt.

The recognition he received at age 12 for the Vivian Thomas documentary encouraged him to compete in following years with documentaries on the life of Rabbi Jacob Rothschild who was the rabbi of the Atlanta Temple when it was bombed in 1958, the military and business careers of General Lucius D. Clay, and the war correspondence of Ernie Pyle. 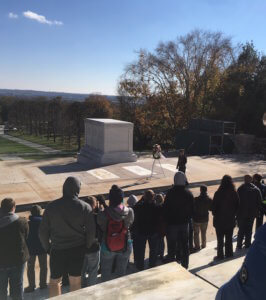 Daniel and family witnessed the laying of a wreath at the Tomb of the Unknowns.Daniel witnessed his older brother’s success creating these videos and in 2017 tried his own hand at a National History Day documentary. He focused on the life of Walter White, an African-American civil right activist, who was light skinned, had blonde hair and blue eyes and who decided to be an African-American activist instead of passing into white society by leading the National Association for the Advancement of Colored People from 1931-55.

In what may now be regarded as a family tradition, Daniel also was awarded last year for this work with a third place finish in Georgia’s junior division. Having tasted the fruits of placing, he entered the competition once again this year with his World War I video.

This time, however, in addition to the National History Day awards, the World War One Centennial Commission was offering a separate inducement promising the winner and members of his or her family a weekend in Washington.

Having won the World War One Centennial Commission’s prize, he and his parents are in Washington, visiting the National Archives in College Park as well as the archives of the National Aeronautics and Space Administration because Daniel already is planning to produce his next documentary on the Space Shuttle Challenger.

In addition, the family will be visiting the Arlington National Cemetery and on Sunday morning attend the service at the National Cathedral. In the afternoon they will be at Pershing Point for a World War One Centennial Commission celebration.

Jason Wright, Nathan and Daniel’s father, told Global Atlanta in a phone interview that he and his wife, Allison, provided only hands-off advice to Nathan and Daniel while they were producing the documentaries of the sort that they would receive from a teacher at school if they weren’t being home schooled.

He also indicated the random way that their children would come up with topics. For instance, the documentary on the life of Gen. Lucius Clay started off as a discussion about Cassius Clay.

“We have found that by concentrating on Georgia connections it is easier to find the research materials,” he said.

Additionally, he praised the National History Day program for forcing the students to do the research, compile lots of information and then “boil it down it something meaningful.”

This discipline, he added, goes beyond merely reacting emotionally to the latest hot topic but to thinking more deeply about the subject they are studying and not be swayed “by conventional wisdom.”

The World War I research particularly forced Daniel to consider the complexity of the origins of World War II, he said.

Bells will be rung throughout Georgia on Sunday at 11 a.m. in honor of the World War I dead on Armistice Day and veterans of other wars. For a Global Atlanta article, on the Armistice Day recognition, click here.