They Shall Not Grow Old

We highly recommend this film. It brings World War I to life, humanizing the participants in ways you previously will not have seen. Old film is modernized through technology. We suggest you stay at the end of the film for director Peter Jackson's on-screen explanation of how the film was made. The work is both a moving tribute to those who sacrificed in World War I and a technological marvel in its own right. 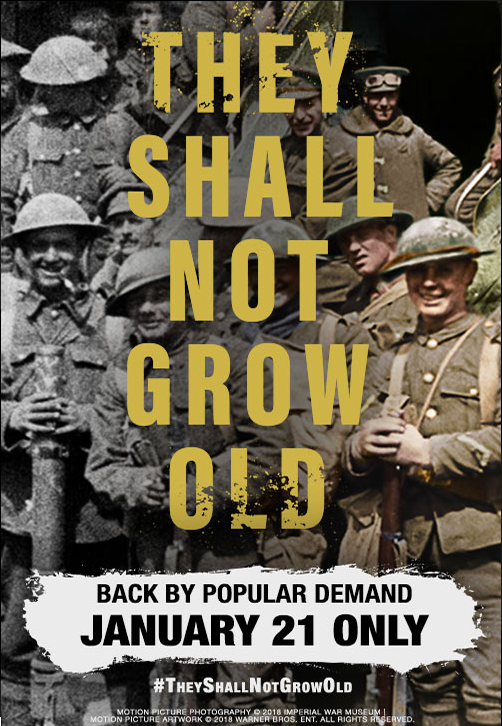